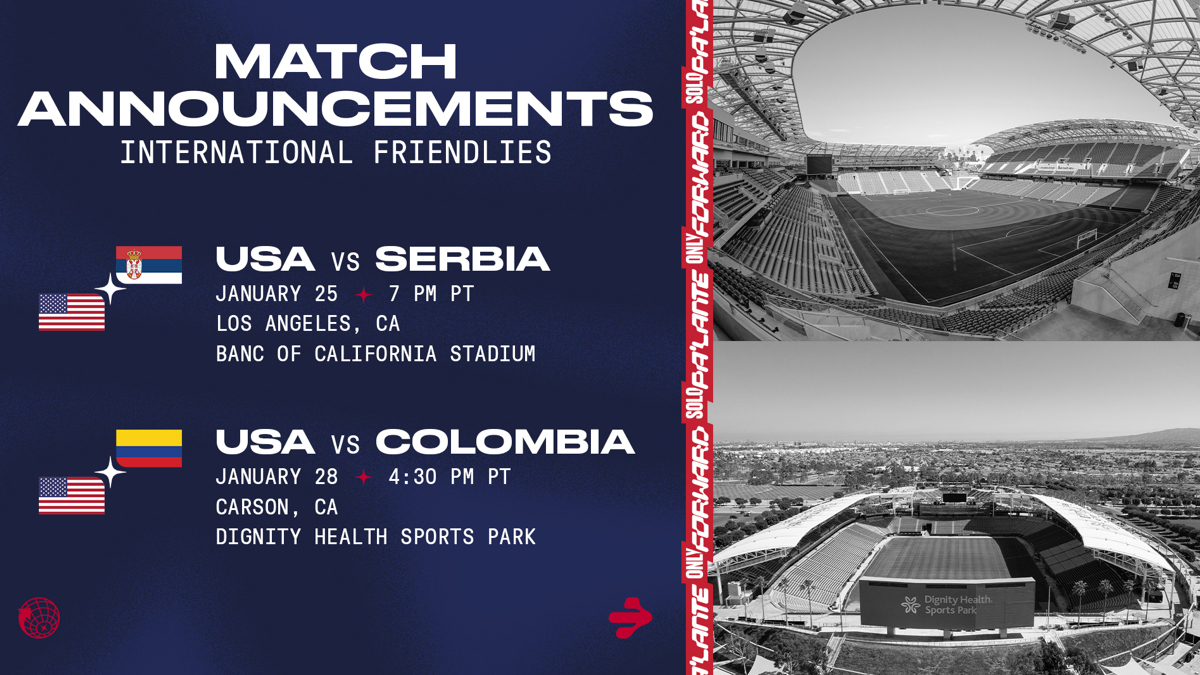 The U.S. men’s national soccer team will kick off the 2026 cycle with two matches in Southern California, facing Serbia on January 25 at Banc of California Stadium in Los Angeles and Colombia on January 28 at Dignity Health Sports Park in Carson, California.

The U.S. will hit the ground running after its World Cup run in Qatar, as both scheduled opponents are currently ranked in the top 25 of the latest FIFA World Ranking. USA-Serbia will be the first match for the men’s team at the Banc of California Stadium, one of the league’s state-of-the-art stadiums and host of the upcoming 2022 MLS Cup between LAFC and the Philadelphia Union. Since Dignity Health Sports Park opened in summer 2003, the USA has played a January or February match in Carson a total of 12 of the past 18 years.

The U.S. has played in California 114 times, more than any other state, with 43 of those matches taking place in Carson and Los Angeles. The USA is 12-2-3 at Dignity Health Sports Park all-time and 11-7-9 in matches played in Los Angeles proper. It will be the fourth time the U.S. plays Serbia and the first since a 2017 game in San Diego. The U.S. is 3-13-4 all-time against Colombia, which will miss the 2022 World Cup next month in Qatar. One of the U.S.’s most memorable World Cup victories came against Colombia during the 1994 World Cup, a 2-1 win at the Rose Bowl in Pasadena.

The games will be the first broadcast by Warner Bros. Discovery Sports as part of a new TV contract that the national governing body announced months ago. The two matches will be the first in the four-year run up to hosting the 2026 FIFA World Cup alongside Canada and Mexico.