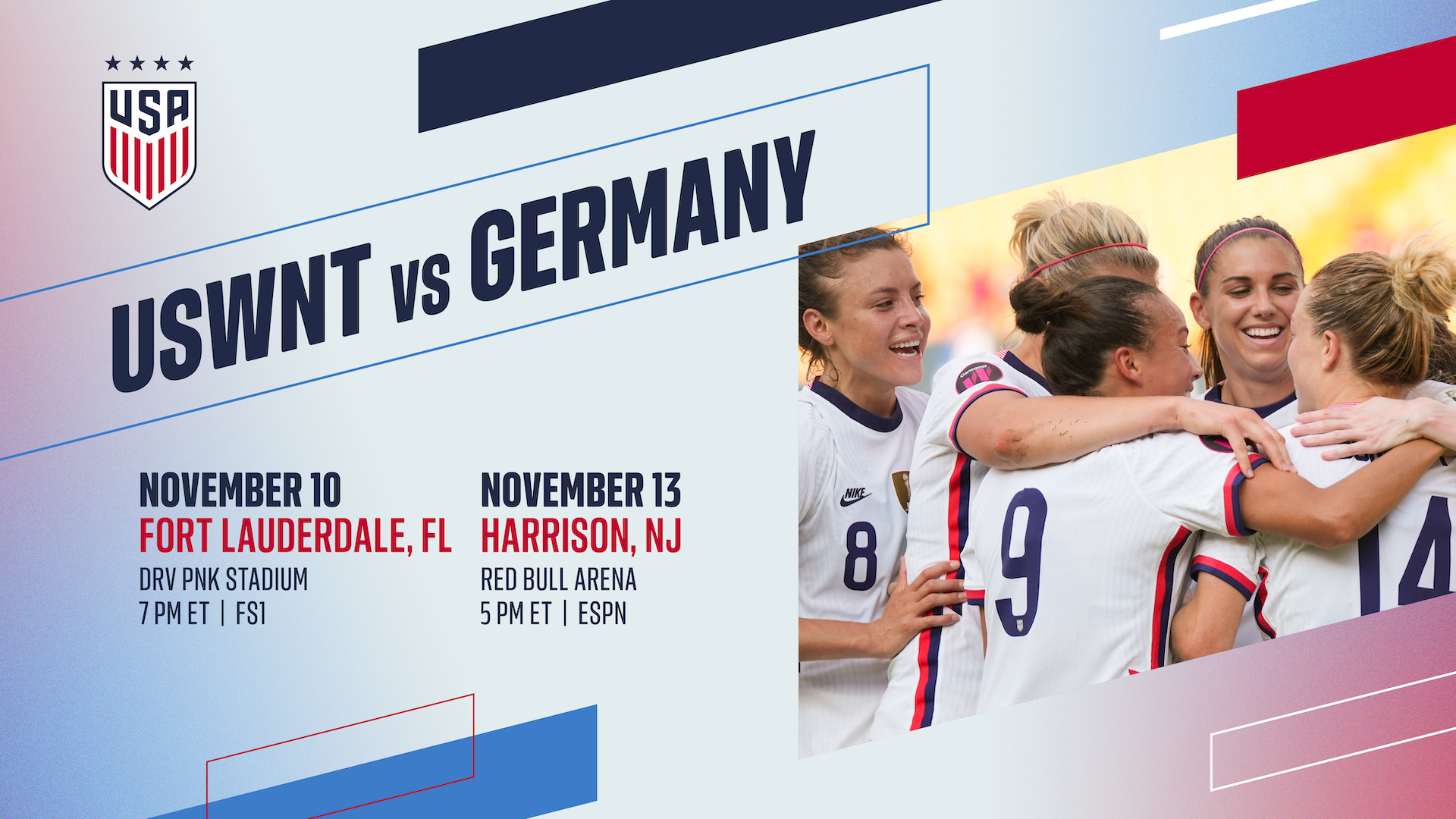 The U.S. Women’s National Soccer Team will finish its fall schedule with games in Florida and New Jersey for what could be a preview of the 2023 FIFA Women’s World Cup final.

The defending world champions, ranked No. 1 in the world, will face the team ranked second in the world, Germany, on November 10 at DRV PNK Stadium in Fort Lauderdale, Florida and on November 13 at Red Bull Arena in Harrison, New Jersey.

This will mark the first visit to Fort Lauderdale for the USWNT in 22 years and first match at the current home of Inter Miami CF of Major League Soccer. While this will be the first match for the USWNT at DRV PNK Stadium, the USA did play in Boca Raton, Florida, in 2012, 2014 and 2016.

The match at Red Bull Arena will mark the USWNT’s eighth game at the home of the NWSL’s Gotham FC and MLS’ NY/NY Red Bulls. Of the USA’s last five matches at Red Bull Arena, three were sellouts and two others fell just short, drawing 25,706 and 26,332.

“Playing Germany in the final matches of the year will be ideal for our World Cup preparations for all of our players and coaching staff, but it’s also fantastic for all the fans,” said U.S. Coach Vlatko Andonovski. “USA-Germany is always one of the most entertaining match-ups in women’s international soccer and it’s a rivalry that has some wonderful history as well.”

These will be the USA’s first meetings with the two-time Women’s World Cup champions and eight-time European champions since the 2018 SheBelieves Cup, a 1-0 U.S. victory in Columbus, Ohio.

At the end of July, Germany reached the title game of the 2022 UEFA Women’s Euro but fell in overtime to host England, 2-1, in front of a record crowd at Wembley Stadium. Presale for the matches will begin September 26 with the public sale beginning October 3 at www.ussoccer.com.