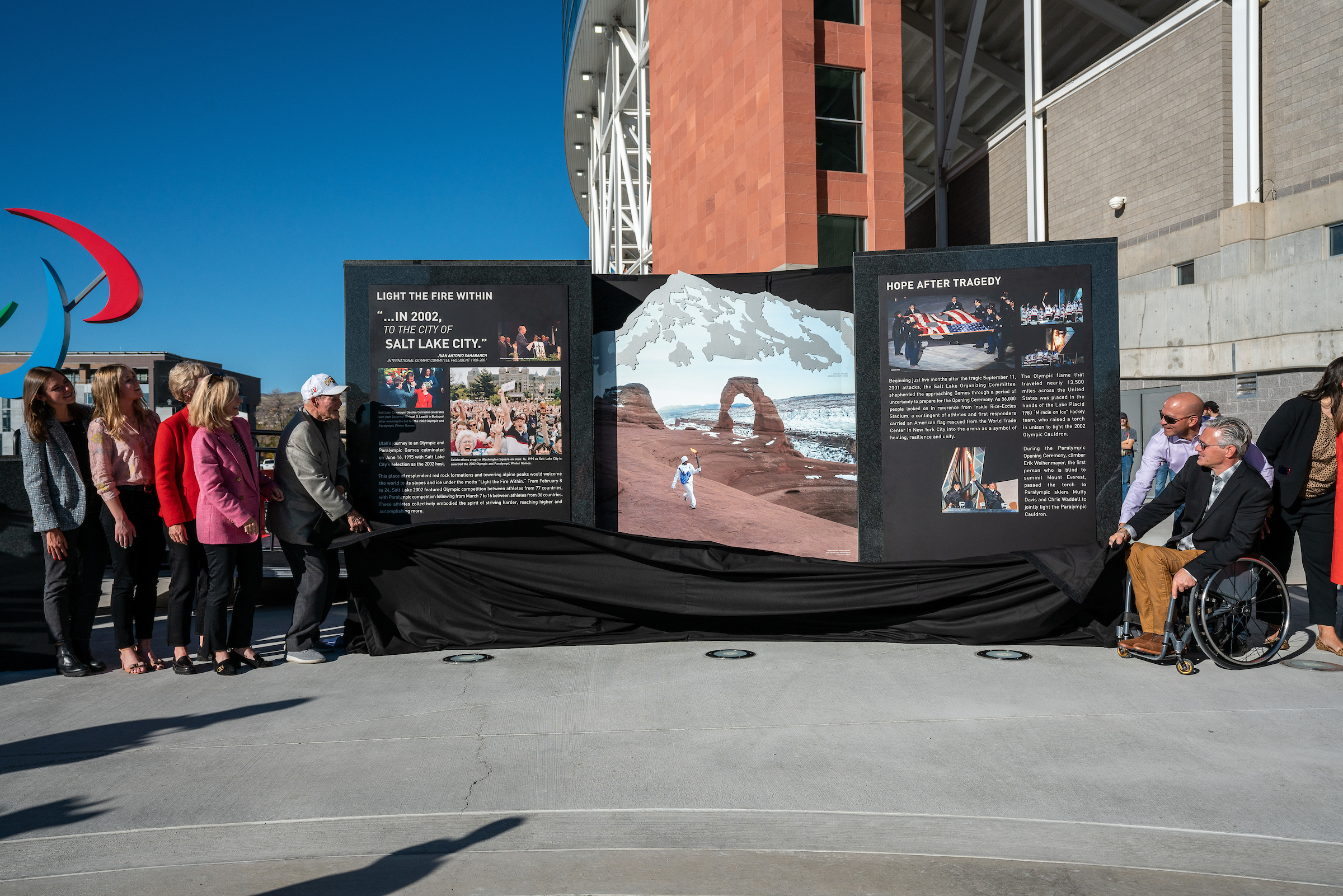 “Today’s unveiling of the Olympic and Paralympic Cauldron Plaza at Rice-Eccles Stadium reminds us of our connection to history and is an inspiration for the future,” said Randall. “It also symbolizes the collaborative energies—the fire within—that Utah brought to bear in hosting the successful 2002 Winter Olympics.” 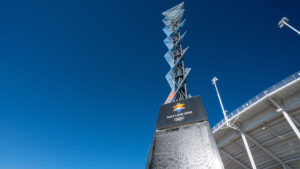 The revitalized plaza, costing about $2.4 million, retains and highlights the 2002 Games’ fire and ice theme. The 72-foot-tall cauldron now sits on a pedestal that features a cascading water element. All 738 panes of glass have been replaced and the entire structure is wired with LED lights. The flame mechanisms have also been updated to improve efficiency and reduce emissions when lit.

“The Olympic and Paralympic Plaza embodies the amazing triumphs and camaraderie of the athletes who competed in 2002 on Utah’s ice and slopes,” said Catherine Raney Norman, chair of the Salt Lake City-Utah Committee for the Games. “These athletes are now passing on their knowledge to a new generation, making Utah a perpetual destination for world-class training.”

Eight monuments that tell the story of the 2002 Games and its lasting impact in Utah encircle the cauldron’s base. Several monuments provide detailed athlete lists and the medals won by Team USA. The plaza flag wall features the flags of each country that competed in the Winter Games.

“The Olympic Games represent some of the best qualities of the human spirit and the Olympic and Paralympic Cauldron Plaza at Rice-Eccles Stadium rekindles that spirit,” said Sen. Mitt Romney, who led the Salt Lake 2002 Organizing Committee. “It was one of the greatest honors of my life to organize the Olympics and it gives me great pride to reflect back on the past 20 years and see how its legacy still thrives in our state.”

After the 2002 Games, the cauldron was securely stationed inside the fence line at Rice-Eccles Stadium. Today, the public will be able to visit and interact with the plaza at any time.

“The Olympic and Paralympic Cauldron Plaza captures the spirit and massive success of the athlete-centric Salt Lake 2002 Games,” said Fraser Bullock, president and chief executive officer of the Salt Lake City-Utah Committee for the Games. “Monuments like this burgeon Utah’s reputation as a world capital in sport as we work toward hosting a future Olympic and Paralympic Games.”