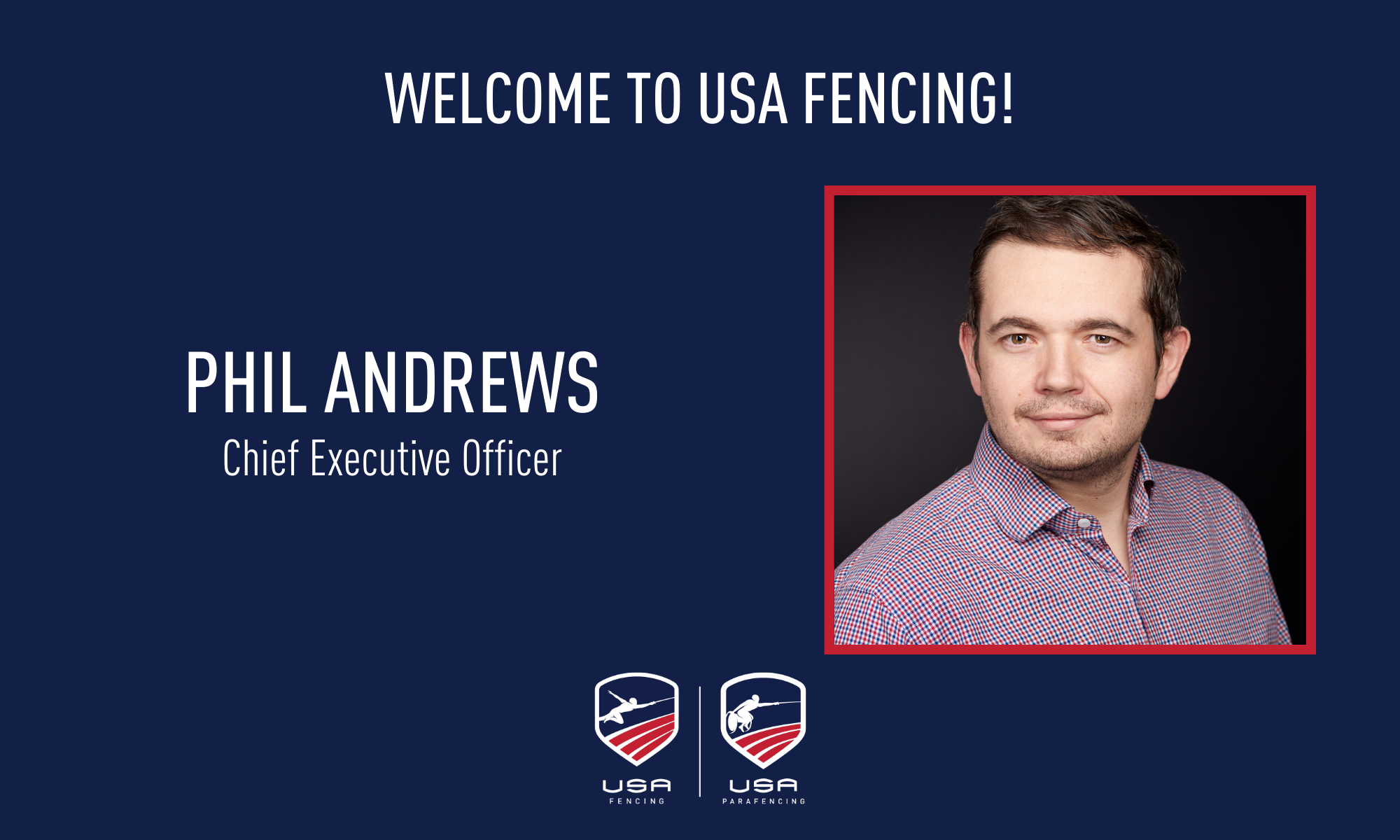 USA Fencing’s Board of Directors has selected Phil Andrews to serve as the organization’s chief executive officer, starting August 16. Andrews will take over from interim Chief Executive Officer Jack Gierhart.

Andrews will join USA Fencing after nearly a decade of service at USA Weightlifting, including more than six years as CEO. He also served in an interim leadership role with the International Weightlifting Federation.

“I’d like to encourage members and stakeholders to reach out and have a conversation about their experience of the sport, of USA Fencing and what they would like to see,” Andrews says. “As a CEO, the job is really to listen to and understand what the membership and stakeholders bring to the table. I know from experience that the strongest solutions to how to move a sport forward come from those who know the sport the best — the members. That’s the reason to be so interactive with the leadership.”

Andrews plans to visit the USA Fencing Summer Nationals this month in Minneapolis to meet with members and better understand how he can best support their journey.

“I want to build on the good work going on already among the staff and move USA Fencing to a place where we are seen as really valuable to each member, each club, each official, each coach,” he said. “Ultimately, it’s about putting this movement and our members in a place to succeed.

A dozen candidates were considered during the search, which took place over the course of several months.

“Even among this impressive group of leaders, Phil Andrews clearly stood out,” said David Arias, chair of USA Fencing’s Board of Directors. “Phil impressed us with the experience he brings as a successful executive director of another national governing body. What set him apart was the insightful questions he asked, his approach to problem-solving, his desire to build relationships at all levels of our sport, the importance he places on inclusiveness and athlete safety, and the specific ideas he shared related to the growth of USA Fencing.”

Andrews said he was attracted both to fencing’s history as one of five sports contested at every Olympics since the first one in 1896 and its future. That will prove important as the sport plans to make a splash at the 2028 Summer Olympic Games in Los Angeles.

“Being able to come in and build on that is important,” Andrews said, “especially as we work toward encouraging more people to pick up a fencing weapon — utilizing the Los Angeles 2028 Olympic & Paralympic Games as a great opportunity for growth.