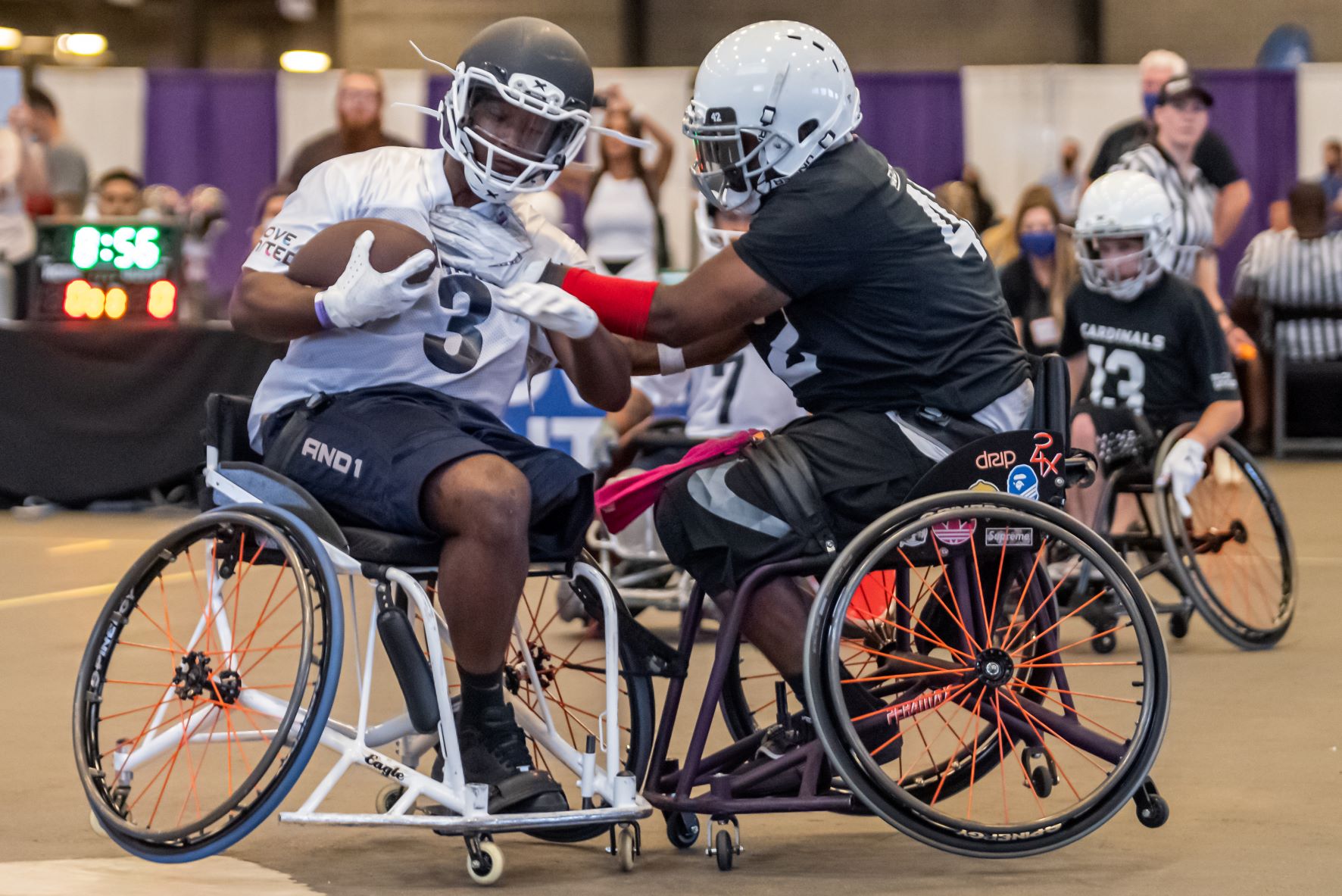 The USAWFL is a program of Move United that is made possible by support from the National Football League and Bob Woodruff Foundation partnership, which is part of the league’s Salute to Service initiative as well as local support by the Chicago Bears.

Wheelchair athletes from across the country will compete in tournament play, with kickoff on August 13 with two fields running concurrently in parking lot No. 8 at College of Lake County. A champion will be crowned August 14. Chicago Bears alumnus Kaseem Sinceno is scheduled to attend and serve as an honorary coach for the GLASA Chicago Bears during Sunday’s game.

“We are excited to kick off our second full season with this tournament hosted by GLASA, one of our exemplary member organizations,” said Move United Executive Director Glenn Merry. “With the league expansion and new teams added this year, that was made possible by the NFL and the Bob Woodruff Foundation, we can’t wait to see more players compete and leave it all out on the field.”

“Being part of the GLASA Chicago Bears Wheelchair Football Team has not only provided me with a better quality of life physically, but mentally as well. The camaraderie that I feel within this team is unparalleled,” said Nong, an all-pro selection last season.

In addition to supporting the USAWFL’s competitive teams, the grant from the NFL and BWF partnership provides opportunities for grassroots growth of the sport through coaching education and learn-to-play clinics.