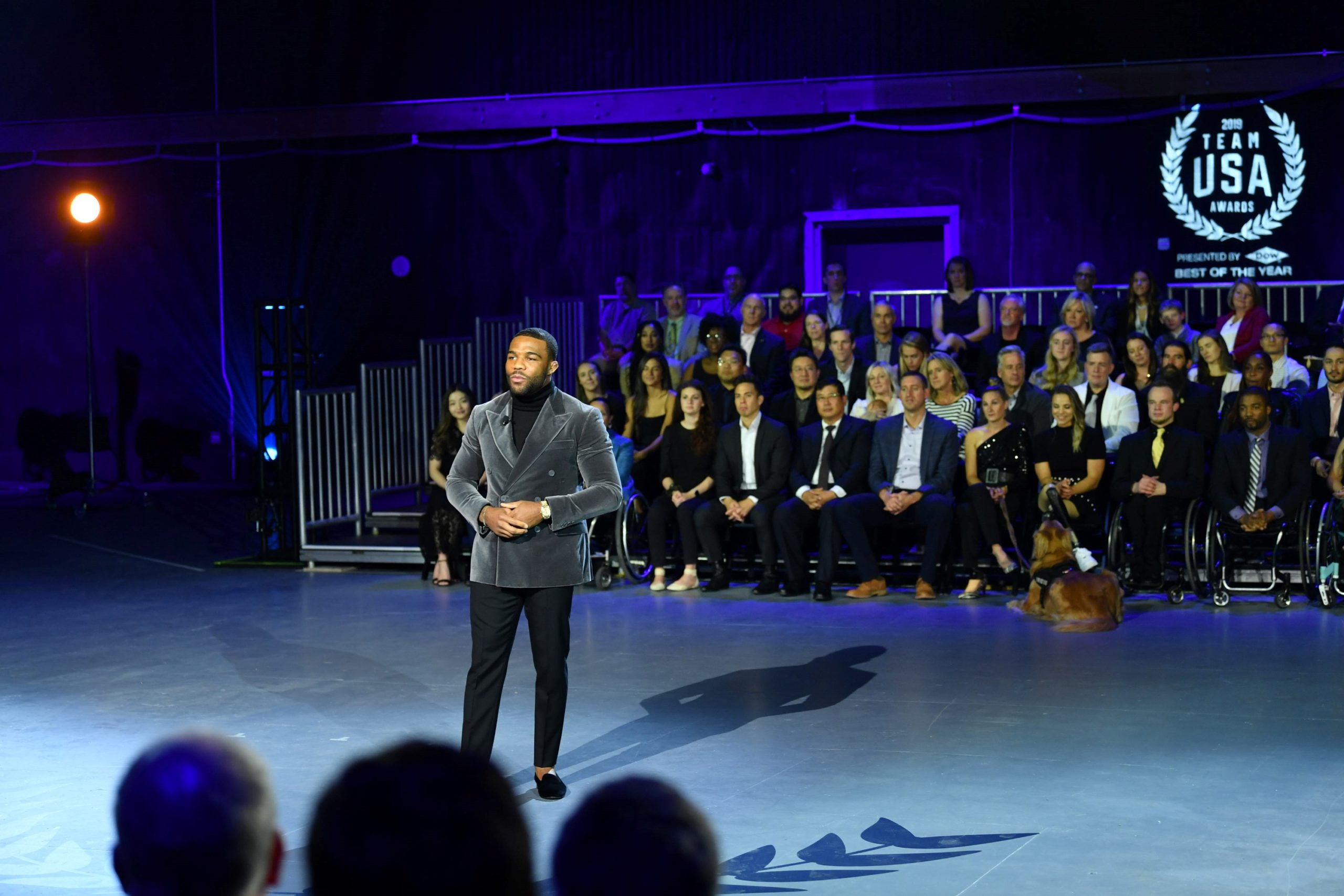 The designation was one letter, but its meaning continued to resonate throughout the 2019 Team USA Awards held recently in Burbank, California.

“It’s incredible, not only Summer and Winter but Paralympians and Olympians,” said wrestler Jordan Burroughs, who was the show’s host. “This is the first time we are unified and being recognized as such.”

Now with honoring 2019 done and dusted, every summer athlete’s focus will turn to Tokyo and the 2020 Olympic Games, which start July 24. The Paralympic Games will begin August 25, less than three weeks after the Olympics conclude.

“Preparations are underway in a really meaningful way for us,” said Sarah Hirschland, the USOPC’s chief executive officer. “Our job is to support and to enable and empower these guys, and we’re doing that in every way we can.”

And for the athletes, time to get down to business is approaching. Burroughs said the days of hosting events and making speeches ends “very soon.”

“There’s a delicate balance between marketing and branding yourself, but also preparing to be at your best,” he said. “Ultimately, that’s one thing that I may have learned the hard way in 2016. So, I’m at a point now where my perspective has shifted to performance more so than awareness. And if you win, that takes care of everything. You win, you’ll be recognized.”

The organization is also not only working on plans for the summer, but beyond with the Olympic Summer Games coming to Los Angeles in 2028.

“There’s always the juxtaposition of thinking domestically and globally, and thinking near-term and long-term,” Hirschland said. “There’s always a long game to be played and making sure that you’re prepared not just for what’s in front of you but for the long-term.” 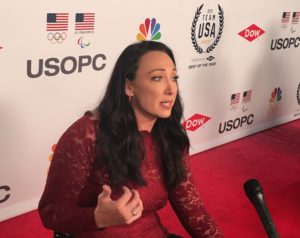 “My agent called me a week ago and was like, ‘You won this award.’ And I was like, ‘Yeah, whatever.’ I didn’t believe him. To find out it was real was amazing. … What (Jesse) did, for not just for sports but humanity, is outstanding, and I’m just honored to have my name next to his in something.”

Through the Amy Van Dyken Foundation and Amy’s Army, the Wheels for Kids initiative raises money to provide wheelchairs for children in need. It is a personal cause for an athlete who has dedicated herself to improving the lives of people with spinal cord injuries following a severe ATV accident in 2014.

“I remember being with Janet Evans on my very first swim team in ’96 and having her to look up to. I remember actually hanging out with one of Jesse Owens’ granddaughters,” Van Dyken said. “I remember all of my teams, all of my teammates. And then I thought about some of the Olympians that came before me who have really done so many things awesome socially and that really struck me because that’s what Jesse did. He was amazing.”

Of course, the reason for the event was to hand out awards, and these were the honorees.

The night was concluded by a medal reallocation ceremony for the two- and four-man bobsled teams from the 2014 Winter Olympic Games in Sochi, Russia. Chris Fogt (four-man), Steve Langton (two-man and four-man), Curt Tomasevicz (four-man), and family members of the late Steven Holcomb (two-man and four-man) received silver medals after the International Olympic Committee announced upgrades from bronze following the disqualification of athletes who were found to be doping.