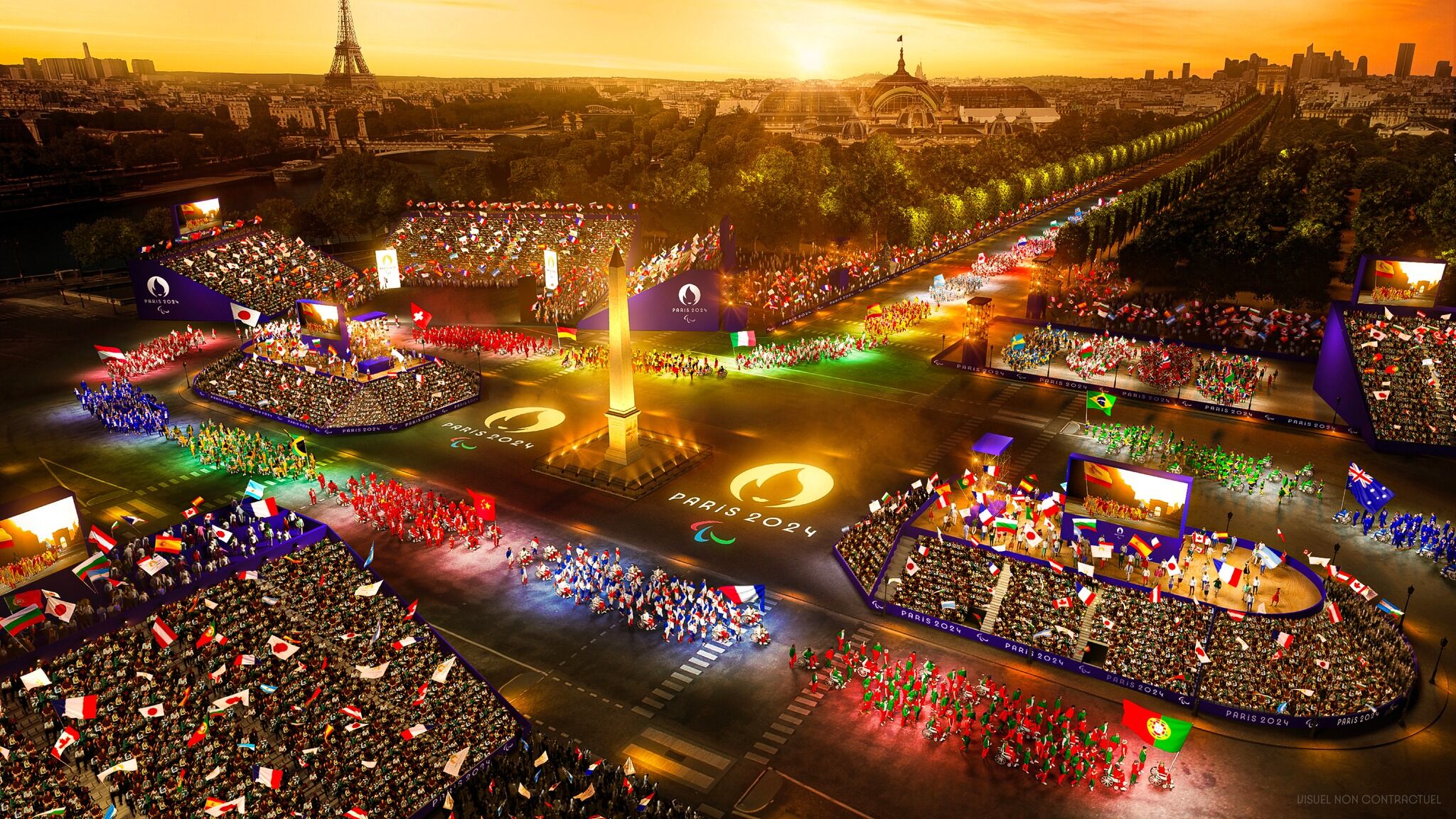 For the first time, the Paralympic Opening Ceremony will not take place in a traditional stadium setting and instead be held in the open on Champs-Elysées boulevard and in the city’s biggest square, Place de la Concorde.

“This festival of inclusion all begins with the truly unique experience of thousands of Paralympians parading down the world’s most famous avenue,” said International Paralympic Committee President Andrew Parsons. “What an amazing thrill it’s going to be to enter the Champs-Elysées and then make the journey down to Place de la Concorde, all the while being framed by the Arc de Triomphe and the Louvre.”

Set like a gem between the Tuileries Gardens, the Seine River and the majestic Crillon Hotel, the Place de la Concorde will be converted into the arena for the new Olympic sport of breakdancing, 3-on-3 basketball, BMX cycling and skateboarding, coming back to the program after its Olympic debut at the pandemic-delayed Tokyo Games in 2021. The Place de la Concorde is where King Louis XVI, his queen, Marie Antoinette, and other nobles were guillotined during the French Revolution.

“Going down the Champs-Elysées to Place de la Concorde and sharing this with nearly 65,000 people, in the heart of the capital, will be a historic moment,” said French Paralympic and Sports Committee President Marie-Amélie Le Fur. “It’s unheard of.”

The 2024 Olympic Opening Ceremony on the river will feature boats parading the 10,500 athletes on the waterway. Organizers are planning for at least 600,000 spectators, most of them ticketless and watching for free, and are billing it as the largest Opening Ceremony in Olympic history. The venue choice is part of a massive effort by Paris organizers to free the Olympics and Paralympics from the shackles of traditional venues and turn the capital into a giant playground for sport during the Games, with the Eiffel Tower, Grand Palais and other landmarks used as competition venues.

Registration for tickets to the 2024 Olympic and Paralympic Summer Games in Paris will start December 1 and run for two months, with the first phase of official ticketing sales starting worldwide on February 15. Single-event tickets will go on sale in May 2023 with Paralympic sales starting in the fall. Ticket prices, organizers say, will begin at $23.80 for all sports with plans for half the tickets to be priced under $50.