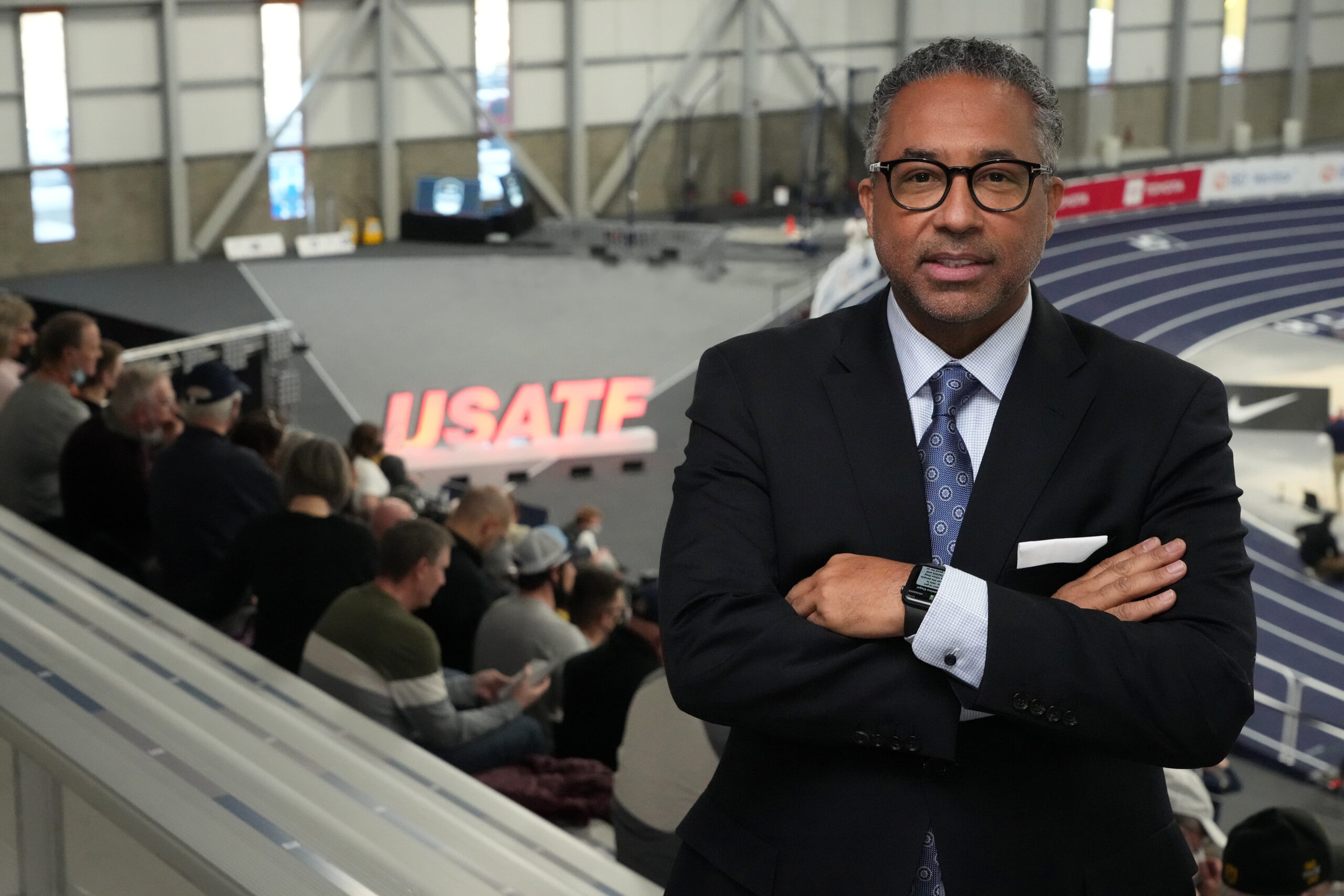 Coming off the first World Athletics championship held in the United States and knowing the impact that could be looming in six years’ time with LA28, USA Track and Field is setting forth an ambitious plan to increase the sport’s visibility throughout the country.

USA Track and Field Chief Executive Officer Max Siegel detailed plans for a new elite professional series on the SportsTravel Podcast this week, with plans to have four markets hosting major events next year that will be broadcast on several platforms. The plan is to expand the series to five cities after 2023.

Along with the elite competition, Siegel envisions the events having community engagement and fan activations, plus youth and masters athlete participation. The third part of the events “will be more of a promotional series, similar to the street games where we will celebrate the achievements and bring the community up close and personal in an entertaining way with our elite athletes who have performed at an international competition,” Siegel said. When you also add in all the other championships that USATF operates throughout the year, “all of these things will be integrated and they will be rolled out in terms of what the markets are in the next two months.”

[Listen to the Full SportsTravel Podcast with Max Seigel Here]

The plans not only are part of USATF’s desire to increase the sport’s visibility across the country but also with the full support of World Athletics, which also is using LA28 as an important benchmark before which engaging within the U.S. market will be a key priority. Siegel said USATF and World Athletics are working with research partners to get data on where track and field sits within the national sports scene and will engage with outside organizations to develop campaigns and strategies to increase awareness.

It all comes on the heels of World Athletics championships at Hayward Field in Eugene, Oregon. The event saw multiple world records set and the U.S. run away with the medal count. There was outside concern over attendance and TV ratings, which Siegel countered.

“The post-event analysis shows that these were the best TV ratings ever,” he said. “Going into the event, I know that there was concern about everything from the size of the market, the facilities and whatnot. …  The sessions were full, the fans were very knowledgeable and appreciated all of the athletic performances. I think that people got to experience a different cultural phenomenon where the fans walked around the stadium. … from a fan experience and an athlete experience, it was superb.”

What Siegel would like to see going forward for events — whether USATF organized or the Olympics — is a metric that brings together more than TV ratings, saying “one of the things for me that is interesting and a bit frustrating when you analyze the [Olympic] movement from a fan engagement standpoint is I have seen the evolution of how consumers actually consume content.

“Is it a fair discussion to say there was a sold-out Madison Square Garden event for a track meet but there was no one watching it on handheld or is it being consumed more if you have a million people looking at it on your phone and half the arena’s full? And so I think that as we continue to talk about what is called either total audience delivery, or really getting a language where we can get a handle on how many people are engaged in the sport in various ways, then we’ll have a better sense for is it declining?”

[Athlete Sponsorship, NIL in the College Scene and the Best Events to Watch: Listen to SportsTravel Podcast with Max Seigel Here]

With all the buildup toward LA28, Siegel said “the Games in LA28 are certainly the catalyst that we need to refocus on the movement” while adding the USATF high performance department reminds him every day “we have Paris 2024 that we need to be prepared for.” Because while in six years USATF hopes to have grown the sport, a key part in that buildup is the ability to showcase multiple athletes in Paris as well as the national series that is planned.

“What we have really recognized is that LA 2028 bookend gives us something domestically that people can work towards and concentrate on,” he said. “So all of our promotion, our strategic plan, everything that we’re rolling out has in mind that we want to elevate our athletes and the status of the sport so by LA 2028, we’re a top five sport.”