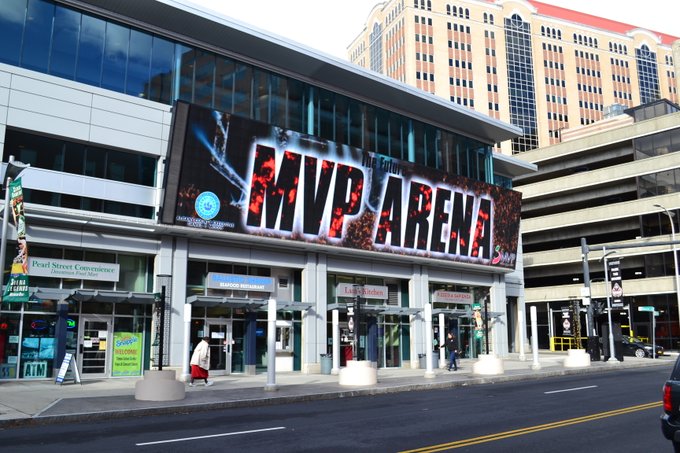 The sports and entertainment venue in Albany, New York, that for more than a decade has been called the Times Union Center will now be called MVP Arena after the naming rights were awarded to MVP Health Care.

MVP signed a five-year contract for the naming rights with two additional five-year options to renew the contract. The total value of the contract will be $30 million should both options be triggered.

“Like Albany County, we believe it is our responsibility to support the health and well-being of the communities we serve,” said Chris Del Vecchio, MVP Health Care’s president and chief executive officer. “We are committed to being more than a name on one of Albany County’s marquee assets. Together with the county, we will unveil new initiatives and innovative programs to improve the vitality of the community and all who visit the arena.”

MVP has invested in a $1.4 million Innovation Fund to grow attendance at events at MVP Arena and support local businesses. The county said the fund is separate from the $600,000 annual sum that MVP will pay to the county for the official naming rights.

The arena opened in 1990 and is owned by Albany County and managed by ASM Global. It was originally called the Knickerbocker Arena when it first opened, then known as the Pepsi Arena from 1997 to 2006 before the Times Union newspaper took over naming rights for a 15-year period of time.

The arena has hosted multiple rounds of the men’s and women’s NCAA basketball tournaments and is scheduled to host early-round action for the 2023 NCAA Men’s Tournament and the 2024 NCAA Women’s East Regional semifinals and finals. The facility is home to Siena College’s basketball teams.