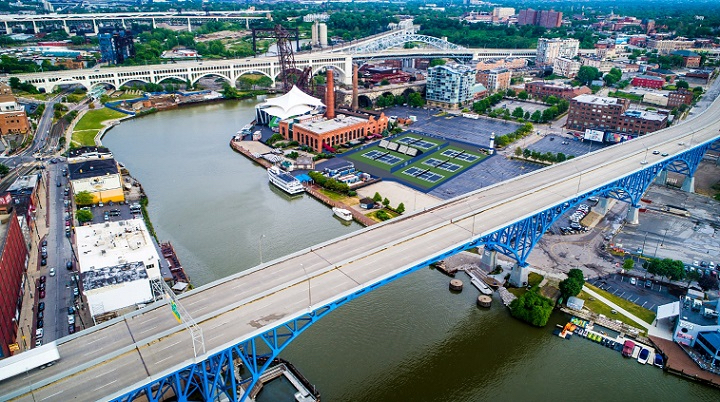 Cleveland will host its first professional women’s tennis tournament — the Cleveland Championships — a WTA Tour 250 event that will be held August 22–28 as part of the U.S. Open Series. The event will be owned and managed by Cleveland-based sports agency Topnotch Management and will be staged at Jacobs Pavilion at Nautica in Flats West Bank.

Plans call for the stadium court to be constructed under the pavilion with views of the river and downtown, with the construction of five additional courts completing the overall venue.

“The opportunity here is to build a long-lasting event that changes the Cleveland sports landscape and shapes the community in an enduring way,” said Kyle Ross, tournament director for the event. “Cleveland has never had an annual women’s sporting event of this level, and through the platform of the WTA Tour we can not only introduce the city to world-class tennis, but we can introduce the tennis world to the city of Cleveland.”

The tournament will feature 54 matches from a field of 32 singles players and 16 doubles teams who will compete for $300,000 in prize money and WTA rankings points. The stadium court will have a capacity to seat more than 3,000 spectators and will offer seating categories from VIP courtside boxes to general admission seats, plus additional viewing at the outside courts. The event will also feature food trucks, a beer garden, live music, a farmer’s market and an art show.

“Our community is ready to welcome the annual Women’s Tennis Association 250 event to The Land,” said David Gilbert, president and CEO of Greater Cleveland Sports Commission. “The Flats West Bank will showcase our skyline and provide a beautiful backdrop as over 60 million US households and beyond tune in to watch the top women athletes compete. With an estimated $2 million in direct spending as well as youth and programming efforts, this event will leave a lasting legacy in our community.”

Topnotch has been involved in other tennis events, including an exhibition event in Stowe, Vermont, and the Cleveland Open, an ATP Challenger event held at the Cleveland Racquet Club.