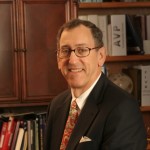 Doug Beal has announced that he will retire as CEO of USA Volleyball, effective January 2, 2017. Beal has been the national governing body’s CEO since 2005 and has played a key role in international volleyball and within USA Volleyball as a national team player and coach, administrator and CEO for five decades.

“It just feels right to me that this is the time to step aside and do some other things in retirement from my role at USAV,” Beal said. “I am extraordinarily proud and honored to have to been able to lead the organization for the past 11 years and what will be 12 years through the end of 2016. I’m proud of where we are and the path we’ve taken to get here. I’m even more excited by what I know the future holds for our sport and for our organization.”

The USA Volleyball Board of Directors said it will begin a national search for its next chief executive officer with the hopes of having the person in place after the 2016 Olympic Summer Games in Rio.

Under Beal’s watch, the organization had its best Olympic and Paralympic performance in history in 2008, when the team earned five medals—three gold medals including men’s indoor, women’s beach and men’s beach; and silver medals in women’s indoor and women’s sitting volleyball. Beal also established the USA Volleyball Beach Office/Department, which now has 12 full-time staff members and a budget of more than $3.5 million, plus programming that includes 61 stops on the Junior Beach Tour in 30 of USA Volleyball’s 40 regions.

Beal also played a key role in the administrative side of the organization, which has ended each of the last 11 years with a cash surplus against the approved operating budget. He also oversaw the implementation of a new streamlined governance structure in which the board of directors was reduced by nearly half in 2008 to conform to suggested U.S. Olympic Committee guidelines.

“Doug Beal is one of our country’s most successful Olympic sport leaders and it’s been an honor to work with him,” said Scott Blackmun, U.S. Olympic Committee CEO. “USAV is financially strong, volleyball’s various disciplines remain as relevant as ever to fans and participants alike, and our Olympic teams are consistent medal-contenders. Doug has a lot to be proud of and I’m certain he’ll finish out his tenure making sure our volleyball athletes have everything they need to be successful in Rio this summer.”

Beal recognized the development of beach volleyball within USA Volleyball as a top accomplishment. “I think one of the things we have accomplished that stands out has been the creation and development of the beach discipline, the beach office and its staffing,” he said. “The staff overcame many challenges in developing broad programming within a discipline of our sport that is relatively young and very entrepreneurial.”

Beal became a legendary coach for the U.S. Men’s National Team after he competed on the squad from 1970 to 1976. He accepted the team’s head coach position in 1977 and guided Team USA to its first Olympic Games gold medal at the 1984 Los Angeles Games. After the 1984 Olympics, he became the National Team Center director from 1985 to 1987 in San Diego. He remained involved with USA Volleyball until 1990 when he moved to Italy to coach the professional club team Mediolanum in Milan for two seasons, winning the FIVB World Club Championship in 1990.

Following his tenure in Italy, Beal returned to USA Volleyball to become a special assistant to then executive director John Carroll in July 1993. Beal was responsible for FIVB relations and player development for the U.S. National Teams. He held that position until 1997 when he accepted his second tenure as the U.S. Men’s National Team coach, leading the Americans in the 2000 and 2004 Olympic Games. Team USA finished fourth in the 2004 Olympics.