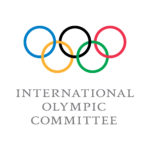 The International Olympic Committee has formally signed off on an agreement allowing Paris to host the 2024 Olympic and Paralympic Summer Games and Los Angeles to host in 2028. The approval came at the IOC’s session in Lima, Peru, and marks the end of months of negotiation between the two cities and the IOC in a rare move where two Olympic Games were awarded at once.

Both cities initially had bid for the 2024 Games, but with a number of major cities dropping out of contention during the bidding process, the IOC negotiated the agreement that buys the organization some stability in hosts for the next 11 years.

“Over the course of our evaluations, these two world-class cities proved their ability to host exceptional Games,” said Patrick Baumann, the secretary general of the International Basketball Federation who led the evaluation commission for both events. “The candidatures are low-risk and high-reward, both for the Olympic movement and the cities.”

The decision means the Olympic Summer Games will return to the United States for the first time since Atlanta hosted in 1996. (Salt Lake City hosted the Olympic Winter Games in 2002.) To commemorate the decision, venues across Los Angeles and some in previous U.S. host cities lit up in the colors of the Los Angeles bid and its logo beginning September 12. In addition to more than 50 locations around Los Angeles that participated, Lake Placid joined at its 1980 Olympic ice hockey venue, Squaw Valley illuminated its iconic Olympic sign, and St. Louis lit up the exterior of St. Louis Union Station.

The Paris proposal calls for events largely in two clusters, including one in the city center. The bid committee has declared that 85 percent of athletes will be within 30 minutes of their venue from the athletes’ village. Among the proposals in the bid is for beach volleyball to be held at the foot of the Eiffel Tower.

The Los Angeles bid calls for events to be held in clusters with events to be staged in downtown Los Angeles, the San Fernando Valley, Long Beach, the South Bay and Anaheim. Athletes would be housed in the dormitories at UCLA and members of the media would receive housing in the dorms at the University of Southern California. The bid committee has proposed that Los Angeles Memorial Coliseum, site of the Opening Ceremony when the city hosted in 1932 and 1984, share the opening night with the new NFL stadium under construction in Inglewood near Los Angeles International Airport. The ceremony would begin at the Coliseum, with the Olympic flame transported to the NFL venue, where the Olympic cauldron would be lit.

“Today is one of the most significant days in the history of the U.S. Olympic and Paralympic movements–and it’s one we’ve been waiting to celebrate for many years,” U.S. Olympic Committee Chairman Larry Probst said. “Los Angeles’ Games plan is second to none and will have a far-reaching impact domestically and abroad. This visionary dual award will no doubt provide an era of unprecedented strength and stability for the global Olympic and Paralympic movements, and the L.A. Games will absolutely fulfill their promise of being a ‘New Games for a New Era.’”

Andrew Parsons, the new president of the International Paralympic Committee, praised the decision, noting that the Paralympic movement stands to gain considerable ground in the United States with Los Angeles as host in 2028.

“This is a huge opportunity for us to engage the U.S. market in terms of awareness, spectator numbers, TV viewership, commercial support and participation; it is an opportunity that we have to grasp with both hands,” he said. “The U.S. market in terms of awareness is still fairly under developed compared to other markets around the world. We must seize this opportunity so that as many people as possible in the U.S. are aware of the Paralympic Games and the impact they can have in transforming society.”