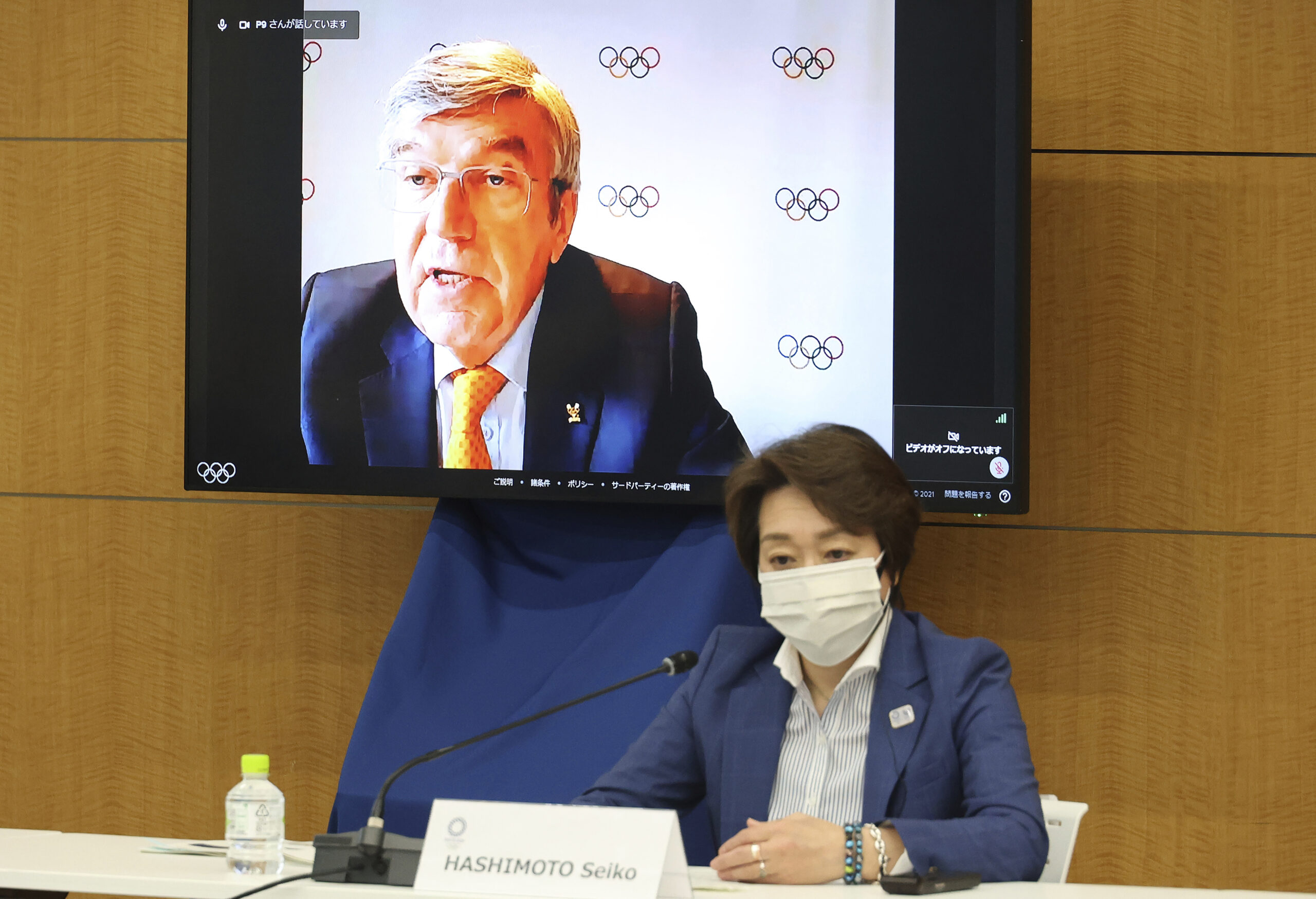 In a week that has seen 83 percent of polled Japanese citizens oppose the Olympic Summer Games and the 6,000-member Tokyo Medical Practitioners’ Association call for the Games to be canceled, one of the International Olympic Committee’s most senior members sent the clearest possible response: The Games will go on, no matter what.

“Our objective throughout has been to organize safe and secure Olympic Games, and we are working in close partnership with our Japanese colleagues to deliver this goal,” said IOC member John Coates of Australia in an open letter posted on the organization’s website. “… These have been difficult times for all of us since the start of the pandemic, and this summer the eyes of the world will be on us and on Japan. We have an obligation, as the Olympic Movement, to all of those involved to do our utmost to make these Games safe and secure, so that these Olympic and Paralympic Games can indeed be the light at the end of the tunnel.”

Coates reiterated those comments during a press conference on Friday morning, saying the Games will go on regardless of the local health authorities’ recommendations.

“The advice we have from the WHO [World Health Organization], and all other scientific and medical advice that we have, is that — all the measures we have outlined, all of those measures that we are undertaking, are satisfactory and will ensure a safe and secure Games in terms of health,” Coates said. “And that’s the case whether there is a state of emergency or not.”

The Olympics are to open on July 23 and canceling them after last year’s postponement would be a financial catastrophe for the IOC, which derives about 75 percent of its income from television rights and another 18 percent from sponsorship. A majority of the television revenue comes from broadcasters that will not give their final payment to the IOC until the Olympic and Paralympic Games are completed.

Coates’ letter is the latest in a string of confident remarks he has made about the status of this year’s rescheduled Games. Two weeks ago after the Australian Olympic Committee’s annual general meeting in Sydney, he told reporters “absolutely it’s going ahead. … I don’t want these kids to miss the one opportunity they have in their lifetime. We’re doing it so these kids can fulfill their dreams.”

Coates said he would arrive in Tokyo on June 15 to oversee final preparations for the Games as chair of the IOC’s coordination commission and that IOC President Thomas Bach will arrive 11 days before the Opening Ceremony. Between comments in the letter from multiple authorities in Japan and worldwide health officials, Coates’ letter ends in part “we see that we are on the right footing for delivery and enjoy the full cooperation of our Japanese partners and friends.”

In its own letter addressed to Prime Minister Yoshihide Suga, Tokyo Governor Yuriko Koike, Olympic Minister Tamayo Marukawa and Seiko Hashimoto, the head of Tokyo’s organizing committee, the Tokyo Medical Practitioners’ Association said “we believe the correct choice is to the cancel an event that has the possibility of increasing the numbers of infected people and deaths.” The TMPA also said further cases that come with the Games being held would put the country’s medical system under excessive stress; Tokyo organizers have said about 10,000 medical personnel will be needed during the Olympics and have also asked for 500 extra nurses, but multiple prefectures surrounding Tokyo have said they will not give priority to treating Olympic athletes.

Bach said Wednesday at the start of three virtual days of meetings between the IOC and local organizers that the IOC would work with various Olympic committees to have added medical personnel available to help out. The meetings are virtual because of a state of emergency in Japan that still exists, which forced Bach to cancel a trip to the country earlier this month.

“For obvious reasons we cannot give them (athletes) every detail yet, but the most important principle is very clear: the Olympic Village is a safe place and the Olympic and Paralympic Games will be organized in a safe way,” Bach said, adding that Tokyo has recently held some Olympic test events without COVID spreading throughout those in attendance. Coates’ letter said that more than 700 athletes and 6,000 related staff have participated in four test events between volleyball, diving, marathon and athletics.

Hashimoto added on Friday that the number of “stakeholders” coming to Japan from abroad had been reduced to about 80,000, with a majority of those — 59,000 — being ‘stakeholders’ along with 23,000 from the Olympic family and international federations. An added 17,000 would involve television rights holders and 6,000 other media workers.

While foreign fans have already been banned from attending, Games organizers have not yet said if local fans can attend. In a survey by the Asahi Shimbun newspaper released Monday, 83 percent of those polled said they did not want Tokyo to hold the Games, up 14 percentage points from April.

Tokyo’s vaccination progress has been slow with 4 percent of the population having gotten one or more vaccine doses; a Japanese health ministry drug safety panel on Thursday gave preliminary approval to vaccines developed by Moderna and AstraZeneca ahead of an expansion next week of the country’s immunization program. While Suga has pledged to finish vaccinating the country’s roughly 36 million elderly population by the end of July, a survey of 1,741 municipalities released last week found around 15 percent will not be able to meet the deadline.

In addition to Coates’ comments Thursday, another widely respected member of the international sports community has added his support to the Games being held.

World Athletics President Sebastian Coe told CNN Sport this week that “should we have the Games? Yes, we should. Can we have them safely and secure? I believe we can,” adding the restrictions that will be in place for those competing would ensure a safe staging of the event.

“For the athletes, it’s going to be a sterile experience,” Coe said. “I think we have to accept that. Their day will almost certainly be village to venue, venue back to village and maybe training tracks in between.”