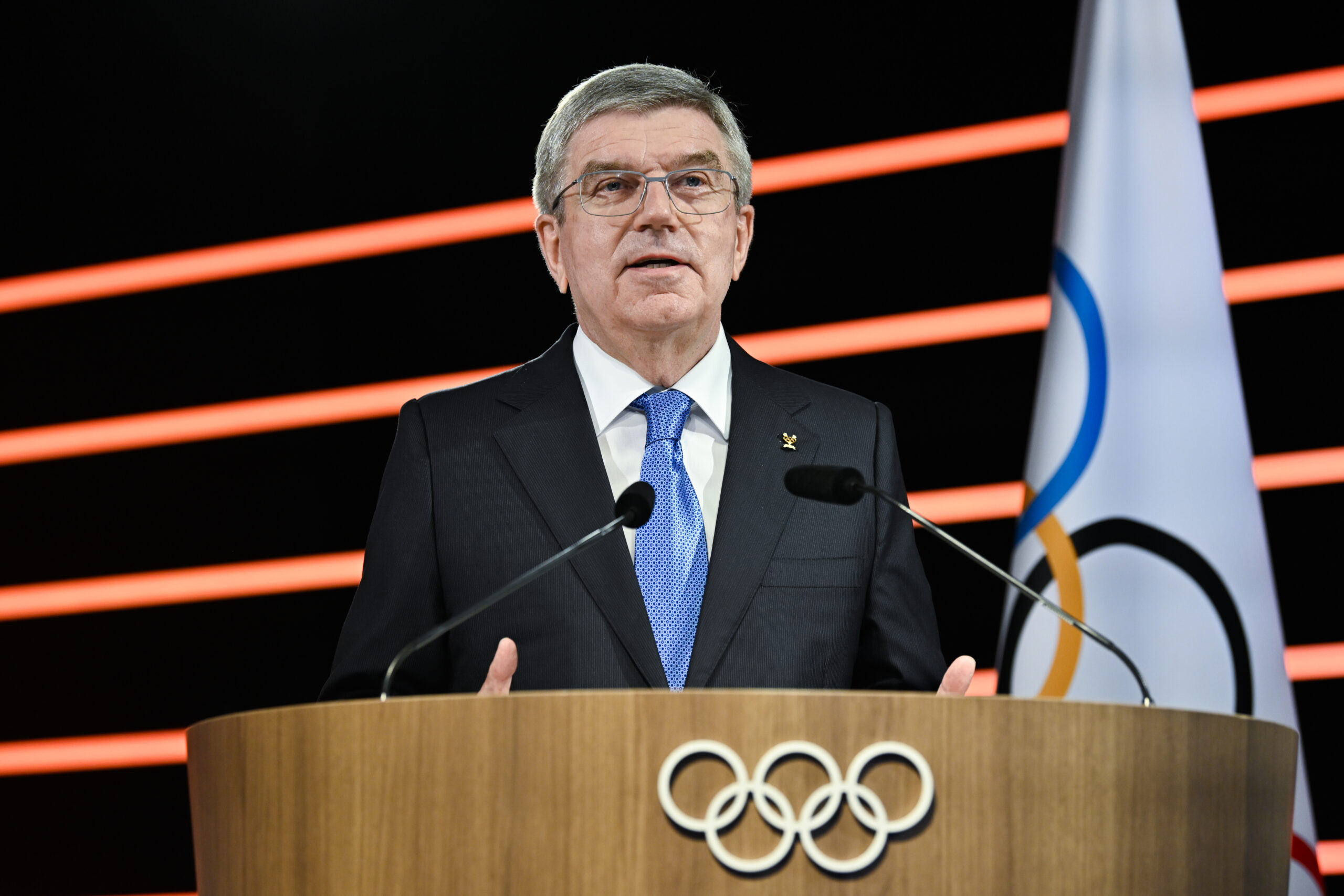 “It’s about having athletes with a Russian passport who do not support the war back in competition,” Bach told Italian daily Corriere della Sera, adding, “We have to think about the future.”

With Russians starting to miss events that feed into qualifying for the 2024 Paris Olympics, an exile extending into next year could effectively become a wider ban from those Games. U.S. Olympic and Paralympic Committee Chair Susanne Lyons earlier this month said the IOC is discussing “whether there is a pathway” for the return of Russian and Belarussian athletes to competition, which Bach confirmed on Friday.

“To be clear, it is not about necessarily having Russia back,” he said. “On the other hand — and here comes our dilemma — this war has not been started by the Russian athletes.”

Russians have continued to compete during the war as individuals in tennis and cycling without national symbols such as flags and anthems. In athletics, Russians have competed since 2015 only as neutrals approved by the sport’s governing body because of the state-backed doping scandal that tainted the 2014 Sochi Winter Games.

Some Russian athletes publicly supported the war in March and are serving bans imposed by their sport’s governing body. Olympic gold medalist swimmer Evgeny Rylov appeared at a pro-war rally attended by Vladimir Putin in Moscow. Gymnast Ivan Kuliak displayed a pro-military “Z” symbol on his uniform at an international event.

One of the international federations that has caused the IOC the most headaches in recent years, the International Boxing Association, probably added to those stresses with IBA President Umar Kremlev said “the time has now come” for Russian and Belarusian athletes to compete under their own flag at sports events.

Kremlev is Russian. He was reaffirmed as IBA president on Sunday after an Extraordinary Congress voted against holding a fresh presidential election, which the IOC said left it “extremely concerned” at a time where the IOC is organizing the boxing competition at the 2024 Olympic Summer Games in Paris and has not guaranteed the sport’s inclusion at LA28.

Bach told Corriere della Sera it was the IOC’s mission to be politically neutral and “to have the Olympic Games, and to have sport in general, as something that still unifies people and humanity. … For all these reasons, we are in a real dilemma at this moment with regard to the Russian invasion in Ukraine.”

Bach was in Italy to meet Giorgia Meloni, whose far-right party won the most votes in Italy’s election, as concerns rise over delays in organizing the 2026 Winter Olympics in Milan and Cortina d’Ampezzo. The IOC said Meloni “offered her full support for successful Olympic Games” during an hour-long meeting Thursday.

“We are committed to a very close and trusted cooperation, to make (the 2026 Games) a resounding success for Italy, and for the entire Olympic movement,” Bach said in a statement provided by the International Olympic Committee.

Construction delays, a leadership vacancy linked to the political climate and a lack of sponsors amid a spreading financial crisis have been areas of concern for the 2026 Games. A new organizing committee chief executive officer would be replacing Vincenzo Novari, whose departure has stalled the planning for the 2026 Games. Local authorities have been waiting for the new government to take over before appointing a new CEO.

“(The lack of a CEO) is becoming a pressing and urgent issue,” said Italian Olympic Committee president Giovanni Malagò, who also leads the 2026 organizing committee and accompanied Bach to the meeting with Meloni.

Bach was in Rome also for a sports forum hosted by the Vatican, where Pope Francis praised sports as “an educational and social good and it must remain so.” Vatican officials previously have said they would like to one day field a team in the Olympics.

“We should be committed to giving everyone the opportunity to play sports,” the pope said, “to cultivate — one could say to be ‘trained’ in — the values of sport and transform them into virtues.”