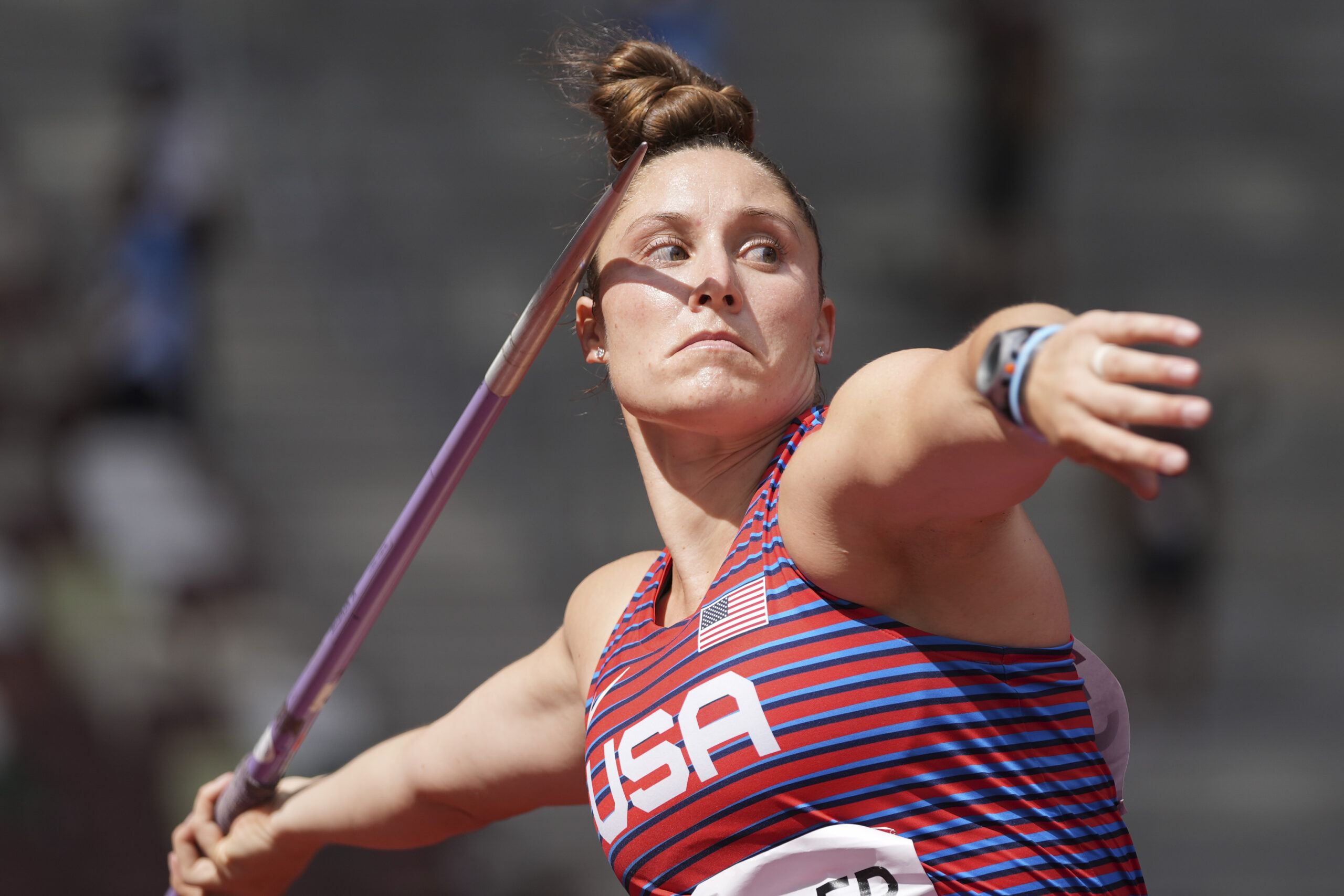 Kara Winger of United States competes in the women's javelin throw at the 2020 Olympic Summer Games on August 3, 2021, in Tokyo. (AP Photo/Matthias Schrader)

The United States Olympic & Paralympic Committee has announced that four-time Olympian Kara Winger will lead the 2020 U.S. Olympic Team into the Closing Ceremony as flag bearer on August 8 at Olympic Stadium in Tokyo.

Chosen by a vote of fellow Team USA athletes, Winger is the fourth track and field athlete to lead the U.S. delegation in the Closing Ceremony and the first since 2012 when Bryshon Nellum carried the flag.

One of two captains for the U.S. track and field team in Tokyo, Winger placed 17th in the javelin competition in Tokyo, marking her second-best career performance at an Olympic Games.

“It’s an incredible honor to be selected by my fellow Team USA athletes to be our flag bearer,” said Winger. “There’s no better way to conclude my career as an Olympic athlete than to lead the U.S. team into the Closing Ceremony. On behalf of Team USA, we want to thank the Tokyo Organizing Committee, the people of Tokyo and the country of Japan for hosting these Olympic Games and bringing the world back together again through sport.”