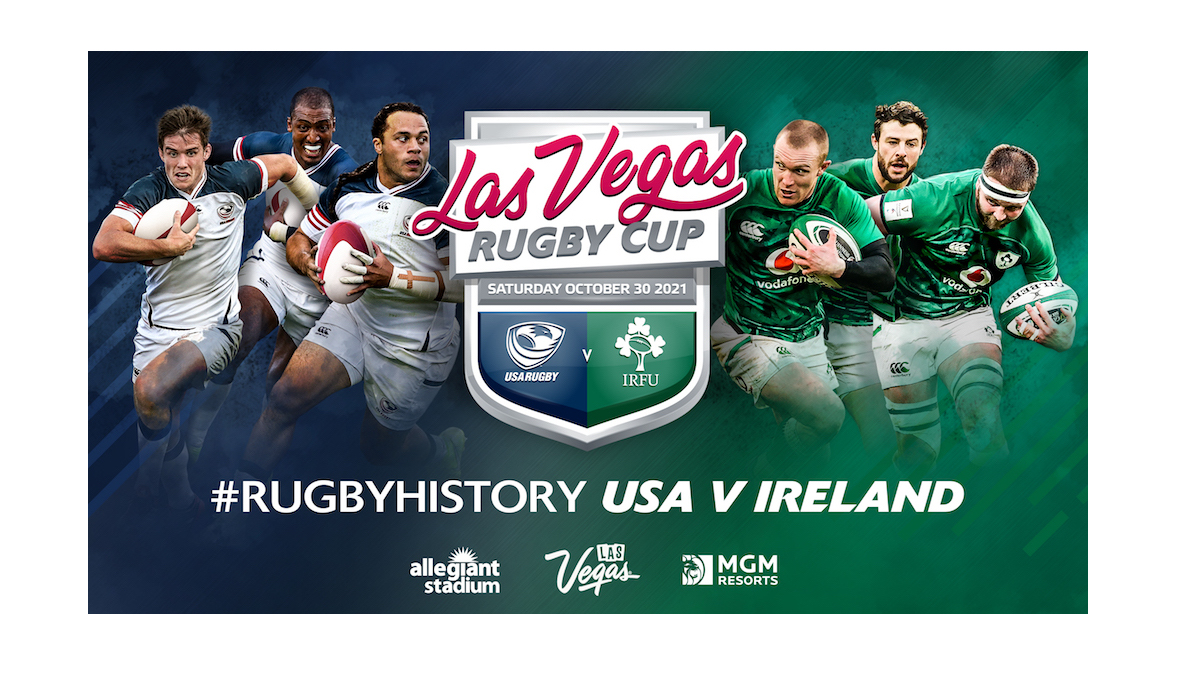 “It’s thrilling to host an international rugby event of this caliber in Las Vegas and we can’t wait to welcome the teams and their fans to the sports capital of the world,” said Steve Hill, Las Vegas Convention and Visitors Authority chief executive officer and president. “Nothing can match the energy and excitement of game day in Las Vegas. We’re confident the teams and their fans will find the only-in-Vegas experiences they’ve come to expect, from incredible entertainment and dining to outstanding attractions and outdoor adventure.”

MGM Resorts International has signed on as the official resort partner for what is expected to become an annual event in Las Vegas.

“The Las Vegas Rugby Cup will be a marquee international event and great addition to the city’s Halloween weekend calendar,” said Stephanie Maes, MGM Resorts’ director of sports partnerships. “As the leader in the hospitality industry, we look forward to hosting the U.S. and Irish rugby fans and creating memorable experiences for them in the Sports Capital of the World.”

It has been a busy year for USA Rugby since exiting bankruptcy in September 2020. USA Rugby’s sevens teams in men’s and women’s action will play at Dignity Health Sports Park in Carson, California, at the “Quest for Gold Sevens” international  event June 25–26 in a pre-Olympic exhibition. USA Rugby also announced this month that it will bid for a future Rugby World Cup.

“Following an eventful summer, this fixture is exactly the growth we’re excited to see for our men’s eagles, with meaningful test matches at home against top nations,” said Ross Young, chief executive officer of USA Rugby. “Allegiant Stadium is a first-class fan experience, and we’re thrilled to partner on this venue’s first-ever rugby match.”