Clemson's victory in the PlayStation Fiesta Bowl sent the team to its fourth national title game in five years. Photo by Jason Gewirtz/SportsTravel 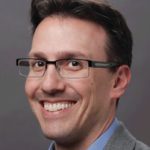 When Clemson beat Ohio State in the PlayStation Fiesta Bowl, which served as a semifinal for the College Football Playoff, it paved the way for the university’s fourth national title appearance in the past five seasons. That kind of excellence has rarely been seen in college football, which is finishing its historic 150th season.

But the fact the December 28 game took place in the greater Phoenix area—with the big game in Glendale, ancillary events in Scottsdale and the Cheez-It Bowl in downtown Phoenix the night before—is fitting as the area is on a hot streak of hosting major sporting events and maintaining a record of excellence all its own. As I learned on an extended trip through Scottsdale in particular before the game, the area is continuing to invest in sports venues that can host events at all levels, not just the ones with national championship implications.

Fans from Clemson and Ohio State were noticeable throughout the area in the days leading to the Fiesta Bowl, but they weren’t the only college football fans in town. In addition to its signature game, the Fiesta Bowl organization also operates the Cheez-It Bowl, with this year’s game staged December 27 at Chase Field, the home of Major League Baseball’s Arizona Diamondbacks. (Those are just two of the dozens of events the organization is responsible for year-round.) This year’s Cheez-It Bowl featured Air Force and Washington State, allowing the Phoenix area to host visitors from the Rocky Mountain region (Air Force) and the Pacific Northwest (Washington State) as well as all those orange- and red-clad fans from South Carolina and Ohio in town for the Fiesta Bowl.

Despite unusually chilly weather for Phoenix, the stadium’s roof was left open at the start of the game. That was to allow a team of Air Force parachuters to enter the stadium, something that generally goes easier with the roof open.

Once everyone had landed safely on the field, the roof closed and the game began, with the football field set across the infield and left field, and temporary bleachers brought in to seat fans across what would have been center field and right field. For a bowl with an irreverent corporate sponsor, organizers kept things light with amusing commercial spots played throughout and bags of Cheez-Its available for snacking as well. (A tradition I was unfamiliar with included the throwing of wrapped cheese slices from the upper decks after scoring plays, something both potentially dangerous for fans below and yet potentially delicious.)

While the bowl is a lower-tier game in the crowded bowl game landscape, the crowd of 34,105 was engaged and fans were certainly willing to travel. The couple I sat next to had come from Southern California to watch their alma mater, Washington State, and seemed content in their decision to make the trip and spend some time in Phoenix despite the team’s eventual loss. (And that was despite essentially coming to watch their team’s offense play for one quarter: Air Force’s triple-option run-game offense controlled the ball an astounding 43:24 of the game, a rarity for sure.)

The buzz in downtown Phoenix even for that game was indicative of what’s happening in the region, and especially in Scottsdale. The area just north and east of Phoenix is known for many things, including being home to dozens of world-class golf courses.

But for sports-event organizers, the city offers more than golf. It’s also home to two spring training facilities, including Scottsdale Stadium in the heart of Old Town Scottsdale, which can host events when the San Francisco Giants aren’t warming up for the season in March. The stadium, which has 8,100 fixed seats but can accommodate more than 12,000 with berm seating, has been open since 1992 and is undergoing a substantial $51 million renovation.

That new look will result in a total of 26,000 square feet of indoor, climate-controlled event space across the property, with 14,000 square feet of dedicated event spaces in the clubhouse building and event center. Plans also include a new upper deck in the right field bleachers for expanded food and social areas, adding to an area that already has become the place to go during spring training. The press box level of the stadium is also getting a refresh. In addition to the main stadium field, the venue has another full field plus two other fields that can be used for practice space.

Across town is the 71-acre, 10-field Scottsdale Sports Complex, which lives in the shadow of the TPC Scottsdale golf course that hosts the Waste Management Open each February. The lighted venue, which is in talks for expansion, can host soccer, lacrosse, football, ultimate, rugby and other field sports. The proposed expansion is expected to add 10 to 14 more fields on the property. although a start date for the work has not yet been set.

As for unique spaces, the city-owned WestWorld of Scottsdale complex, which has a 3,400-seat-seat indoor arena, 12 acres of grass fields and more than 300,000 square feet of climate-controlled space, has something even more: the capability of more than 1 million square feet of tent space for other meetings and events. While I was there, the venue was setting up for the Barrett-Jackson car auction, which uses all of those temporary million square feet, including 120,000 square feet of permanent tent space that is on the property all year, the largest tent I’ve ever been in.

The complex has been an equestrian hot spot for years, but managers there are looking to expand their sports offerings, especially in the indoor arena. The unusual mix of space available at Westworld seems fitting to what event organizers can find throughout Scottsdale, a surprising mix of venues with considerable capability for events.

And if you’re looking for atmosphere for adult participants after your events, a trip to the Coach House — which bills itself as the city’s oldest tavern — is a must. During the holiday season, the place is decked out in lights that would give Rockefeller Center’s electricity bill a run for its money, a setting that made for a festive way to watch some of the other bowl games taking place across the country.

The greater Phoenix area is a great example of ways that different destinations can have their hand in events held in one particular spot. While not home to the Fiesta Bowl’s stadium, Scottsdale hotels housed both teams in the game. (They also hosted one of the teams in the Cheez-It Bowl.) Pep rallies for Fiesta Bowl teams in past years have been held both in WestWorld and at Scottsdale Stadium, as well as other venues across the city.

As for the Fiesta Bowl itself, hosting honors went to State Farm Stadium, home to the NFL’s Arizona Cardinals, in Glendale. The venue is an ideal setting for a big game. It has hosted two Super Bowls, two college football national championship games and the NCAA Final Four; the venue will host the Super Bowl again in 2023 and the Final Four in 2024.

The stadium’s adjacent Great Lawn hosted tailgate festivities for thousands of fans before the game. The area featured a stage for a band and DJ, attractions for kids and a VIP area where the other semifinal game, the Chick-fil-A Peach Bowl, was shown for fans about to enter the Fiesta Bowl.

Inside the stadium, the seating was adjusted to accommodate the large crowd expected. The stadium seats 63,400 for regular-season NFL games but can be expanded to about 73,000 seats for big events like the Fiesta Bowl. Those extra seats are largely behind the south end zone and are pretty much essential for hosting large events to add capacity. The Fiesta Bowl match between Clemson and Ohio State drew an announced crowd of 71,330—the largest attendance since the 2010 game between TCU and Boise State thanks in large part to those seats.

Those in attendance for any of the games that weekend no doubt saw what I experienced during my time in the region: an area well-suited for hosting big-scale events and modern venues that are more than up for the challenge.