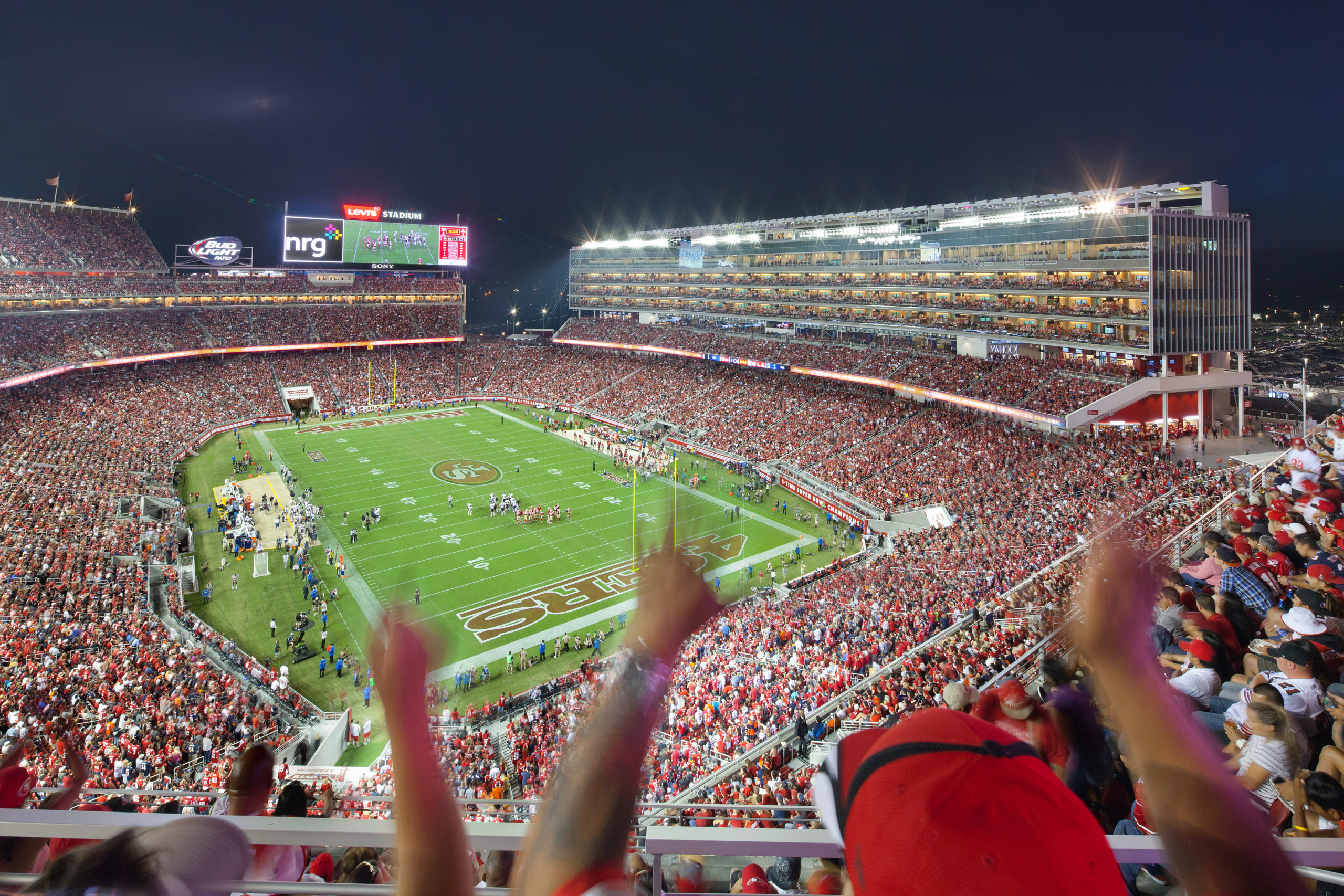 The San Francisco 49ers have announced that Levi’s Stadium will be a cashless payment venue whenever fans are able to return to watch NFL action in Santa Clara, California.

The 49ers also used the announcement to promote a multi-year partnership extension with Visa, making the move to only accept card or mobile payments for concessions, merchandise and other purchases.

“While the move to fully cashless transactions in venue has advanced more quickly due to the ongoing health emergency, this is a direction we have been heading for several years and we know it’s one that will further improve the fan experience at Levi’s Stadium,” said San Francisco 49ers President Al Guido said. “Six years of operational data here at Levi’s Stadium tells us that mobile payments are increasing while cash transactions decrease annually. And through our friends at Visa, we know contactless payments reduce transaction times, concessions lines, and some costs.”
The 49ers’ announcement comes shortly after the new home of the Las Vegas Raiders, Allegiant Stadium, became the first venue in the U.S. to open as an all-cashless stadium.

The 49ers last year announced plans to include a dedicated menu of food and non-alcoholic drink options in the price of tickets for season ticket members. Those plans, plus the shift to digital payments, will enable Levi’s Stadium to minimize touch points for fans while reducing interactions with concessions staffers.

The 49ers will install four on-site cash-to-card kiosks at the stadium to enable fans to exchange cash for a Visa-branded prepaid card of up to $500 with no transaction fee. Users will be able to swipe the prepaid card for payments inside and outside of the venue and check their balance anywhere.

“The 49ers offering a fully digital payments experience for each and every fan is a game changer,” said Mary Ann Reilly, senior vice president of North America marketing, Visa. “Whether buying at concessions in between plays or ordering from their seats, all fans will now be able to quickly and safely tap to pay, ultimately minimizing touchpoints at checkout. Visa is happy to extend our partnership with the 49ers and provide the ultimate game experience whenever fans return.”