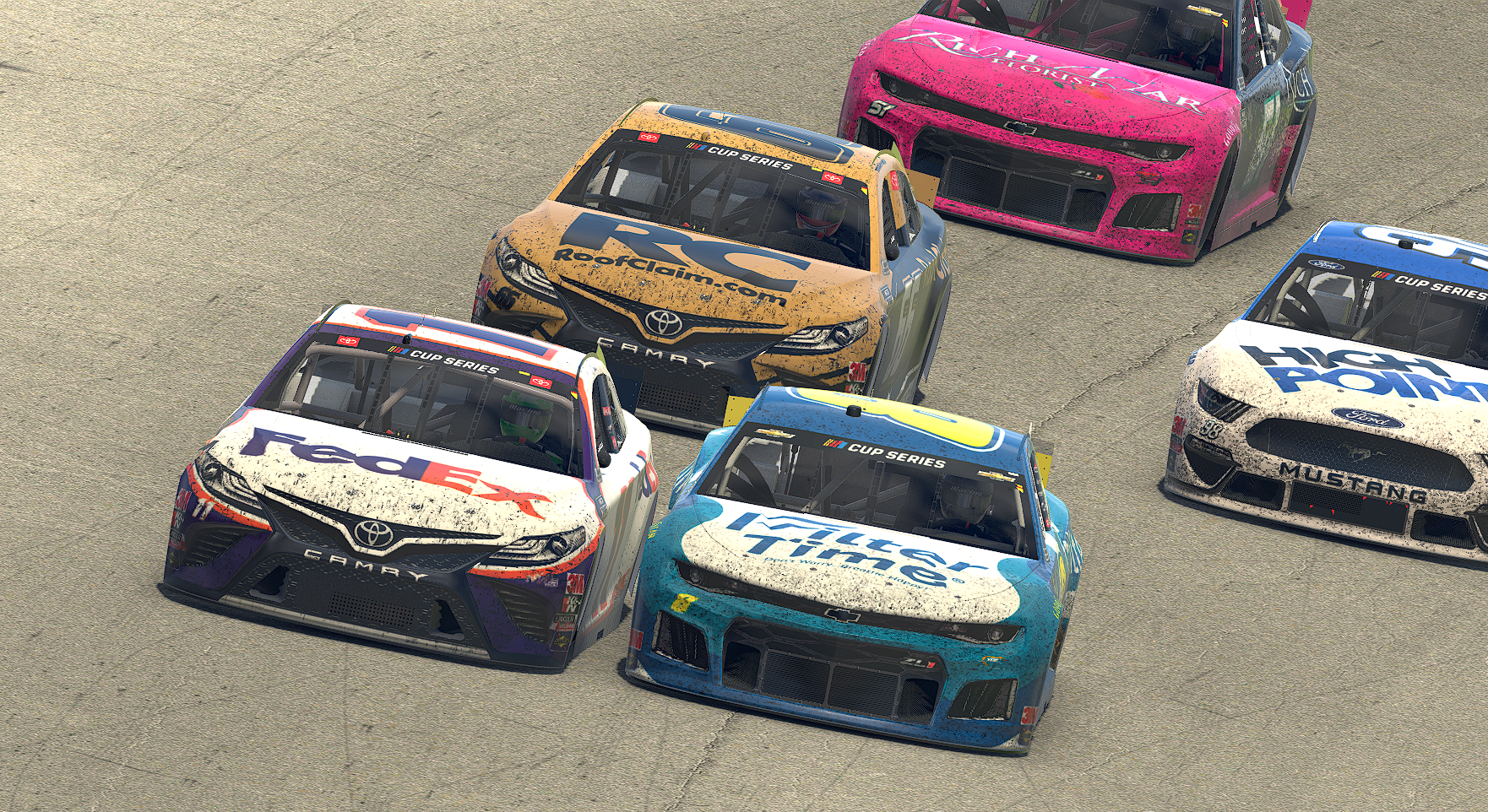 Denny Hamlin in the No. 11 FedEx Toyota and Dale Earnhardt Jr. in the No. 8 FilterTime Chevrolet lead a pack of cars during the eNASCAR iRacing Pro Invitational Series Dixie Vodka 150 at virtual Homestead-Miami Speedway on Sunday, March 22, 2020.

NASCAR and the NACE Starleague, the largest collegiate esports league in the United States, will launch an eNASCAR College iRacing Series, bringing competitive sim racing to more than 500 colleges and universities nationwide.

More than 10,000 students will have the ability to compete in the eNASCAR College iRacing Series through NACE Starleague. Students will compete with Camping World Truck Series vehicles emblazoned with school branding via iRacing.com, the official simulation partner of NASCAR. The season starts February 24 with the Playfly Sports 30 race at Daytona International Speedway with qualifying through February 21. The top 40 students who post the fastest qualifying times will advance to the race with the eNASCAR Scholarship Fund awarding the highest finishers a combined $50,000 in scholarships throughout the calendar year.

“It is paramount for CSL Esports and Playfly Sports to continue growing and expanding within NACE Starleague,” CSL Esports Chief Executive Officer Rob Johnson said. “Integrating sim racing as part of the league not only provides greater opportunity for students with varied gaming interests, but furthers our long-term mission of linking education, in this case engineering-focused knowledge, with esports competition.”

The college series is in addition to the 13th season of the eNASCAR Coca-Cola iRacing Series, which will feature races on six new tracks, with drivers competing on circuits that more closely mirror the Cup Series schedule.

“Gaming and esports are an important component of NASCAR, allowing us to reach new fans who are often engaging with the sport for the first time,” said Nick Rend, NASCAR’s managing director of gaming and esports. “Our various eNASCAR initiatives have seen exponential growth. We felt this was the right time to extend our reach to a younger audience and launch the eNASCAR College iRacing Series to show students the opportunities that sim racing and our sport hold for them.” 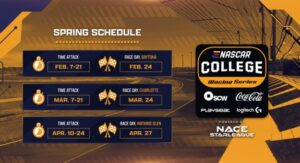