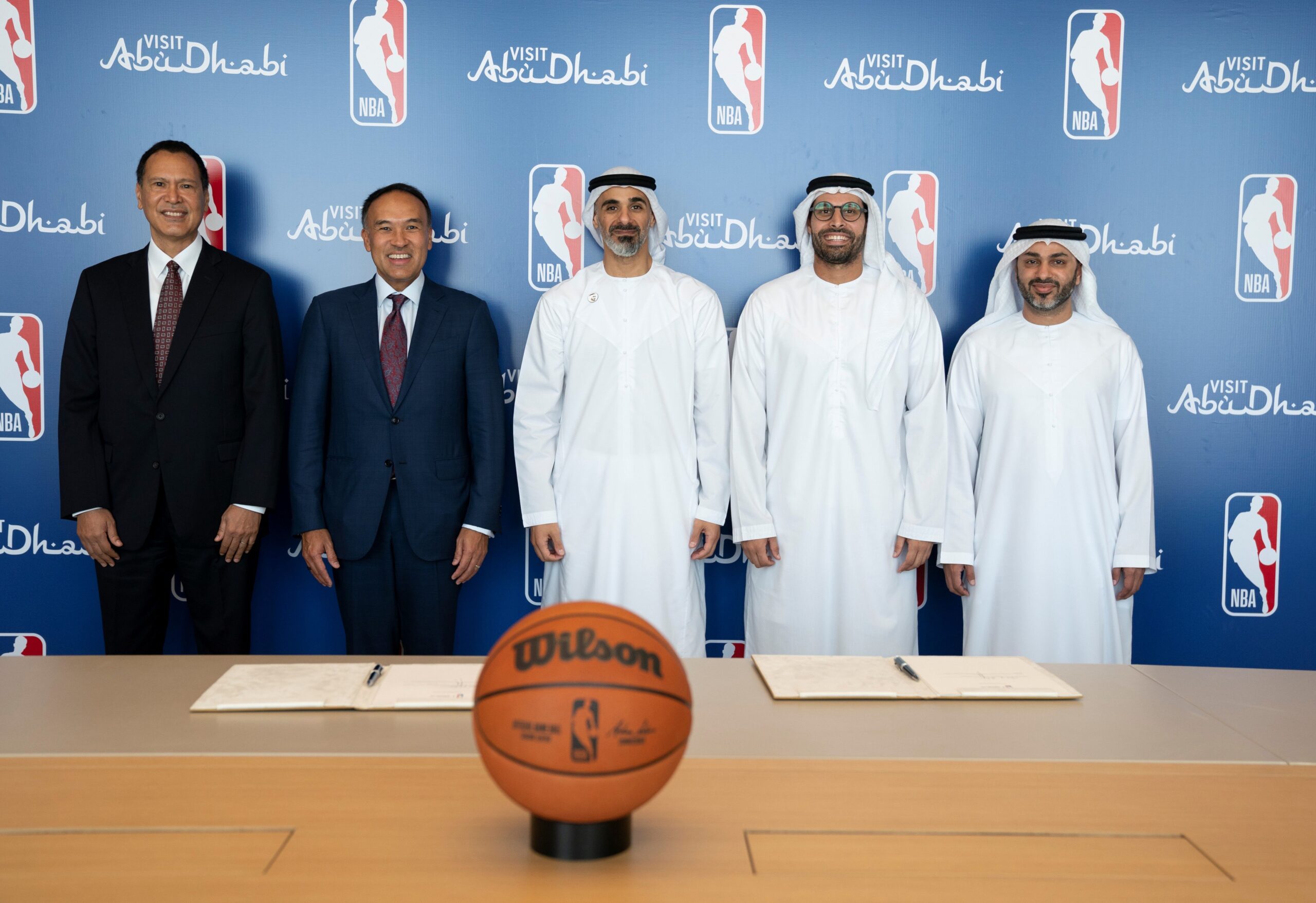 The National Basketball Association will bring its first games to the Arabian Gulf, announcing a deal with the Department of Culture and Tourism – Abu Dhabi to host two preseason games in 2022. The games will be the first of a multiyear deal with the United Arab Emirates.

Participating teams and the host venue will be announced later. Under terms of the deal, Visit Abu Dhabi, the tourism promotion initiative of the UAE’s capital city, will serve as the official tourism destination partner of the NBA in the Middle East, North Africa, Europe and China.

The deal will also include interactive fan events featuring appearances by current and former NBA players, the launch of Jr. NBA Leagues for boys and girls at schools across the UAE fostering teamwork and inclusion, a series of NBA FIT Clinics promoting health and wellness, and an NBA 2K League exhibition event.

“Today’s announcement further demonstrates the emirate’s position as a top-tier home for global sports and for attracting the very best talent,” said DCT Abu Dhabi Chairman HE Mohamed Khalifa Al Mubarak. “As Abu Dhabi is committed to further developing as a dynamic global destination, adding the NBA to our impressive year-round portfolio of sports and entertainment events only reinforces the UAE capital’s standing as a center of sporting excellence. We look forward to the NBA playing an integral role in developing young talent and healthy lifestyles at the grassroots level — the heart of the UAE’s strategy — which places great emphasis on empowering youth and building a sustainable future for the nation and future generations.”

“As we celebrate the NBA’s 75th Anniversary Season, partnering with DCT Abu Dhabi to bring the first NBA and NBA 2K League games and events to the UAE marks an important milestone in basketball’s continued global growth,” said NBA Deputy Commissioner and Chief Operating Officer Mark Tatum. “Abu Dhabi is a vibrant multicultural hub with a demonstrated track record of hosting world-class sporting events and this partnership will not only bring the live NBA and NBA 2K League experience to fans in the Middle East, but it will also create opportunities for boys and girls to learn the fundamentals and core values of the game through a variety of grassroots programming and fan events.”

NBA games are broadcast across the Middle East on beIN SPORTS, The Sports Channel and NBA League Pass, the league’s premium live game subscription service. More than 220 male and female prospects from the region – including five players from the UAE – have participated in Basketball Without Borders or NBA Academy, which are the league’s elite basketball development programs for top international prospects. Since 2019, more than 500 boys and girls have participated in the NBA Basketball School Dubai (UAE), a year-round, tuition-based basketball development program for boys and girls ages 6–18.