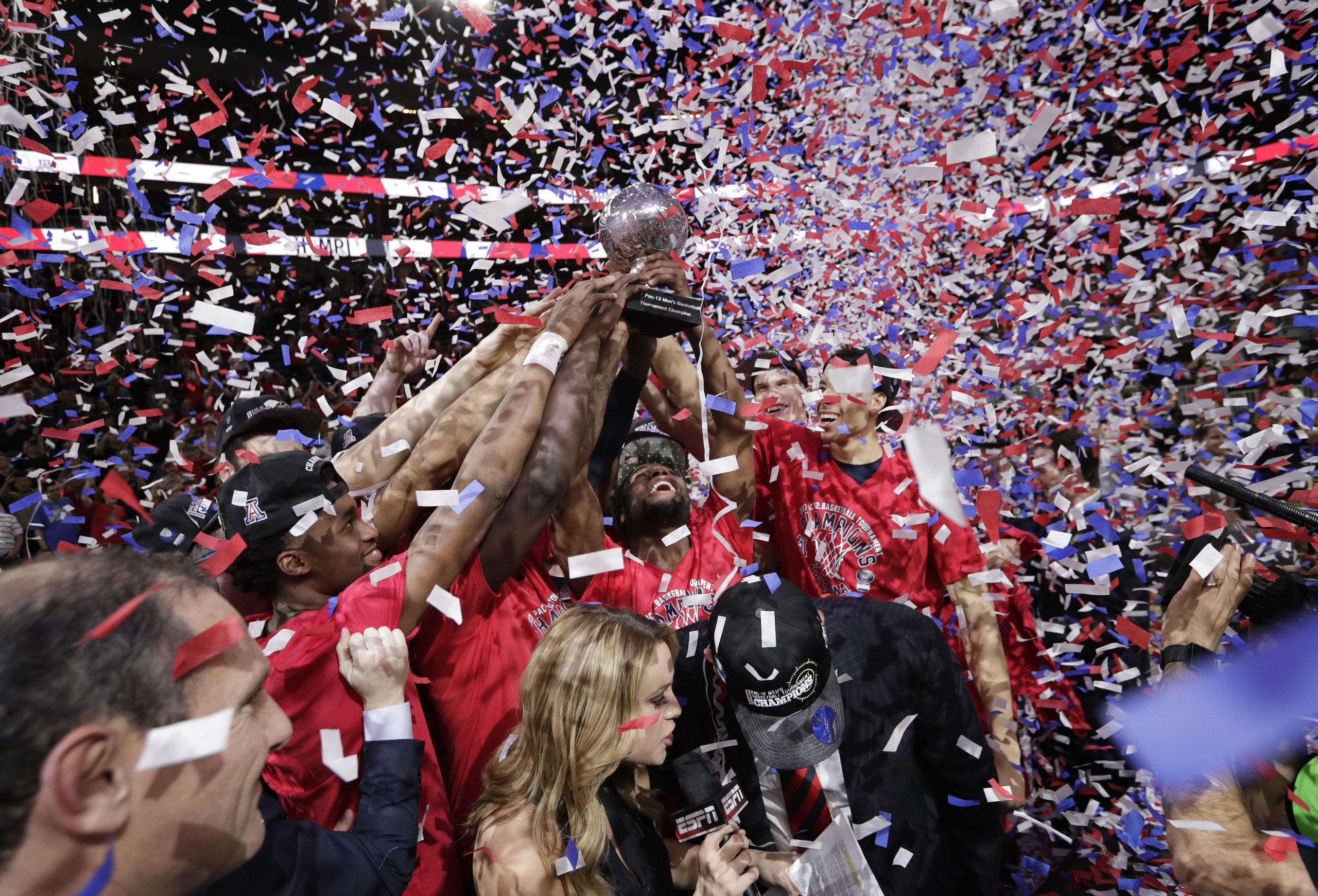 Las Vegas has hosted numerous collegiate events, including the Pac-12 Men's Basketball Championship. But this bid cycle will be the first time it can bid in NCAA championships and the city is expected to be in the mix for events. Photo: John Locher/AP Images

The NCAA still plans to announce the hosts for more than 500 championship events in October, with sport committees sifting through the more than 3,000 applications received before this past February’s deadline.

The tentative date to release the names of the hosts is the week of October 12, said Russ Yurk, president of 129 Sports, during a Sports ETA webinar. Yurk, the NCAA’s lead consultant on the bid process, and Kristin Fasbender, the NCAA’s director of championships, updated interested listeners on a cycle that will have regional and national championship sites announced across all three NCAA divisions for the 2022–2023 through 2025–2026 seasons.

Yurk said the total number of bid applications was a “big increase” on the previous cycle but added the organization is still looking for a few more bidders for some events for the Division II and III levels.

“I think everybody was excited with the number of bids we received,” Fasbender said. “We are extremely excited with what is available for the NCAA championships.”

Of course, one of the biggest event losses from the COVID-19 pandemic has been the 2020 NCAA championships for winter and spring sports. Yurk said scheduled hosts for those events will not be given a make-good but the NCAA did get in touch with those sites to make sure they had placed bids for each year in the upcoming cycle. For those who had not, they were given the opportunity to do so.

“Any canceled host, the committee will make every effort to award that event again,” Yurk said. “But that is not guaranteed. There are a lot of moving parts into that. Hopefully we can accommodate everyone.”

One part of the process, Fasbender said, is having sport committees communicate with each other about the bid applications that come from a single venue or city for multiple events. “We don’t want to overburden one city or one venue,” she said. She also said while the committees look at what cities have historically hosted events, they are not shutting out the prospect of first-time hosts.

The NCAA is also discussing making sure that bids are awarded so the championships go to as wide a variety of markets as well. “We want to be strategically looking at our championships not from a single sport lens but from a global look,” Fasbender said. “We may make sure that we have it so if — for example — wrestling goes to one site, let’s make sure hockey goes to a different site.”

What is ongoing ahead of the sport committee meetings in late spring and summer are reviews dealing with travel costs for each prospective host and airport availability. The NCAA’s partner, Anthony Travel, is looking at pre-negotiated rates and availabilities at hotels in prospective host cities. Yurk said if hotels in a bid city’s area had not heard from Anthony Travel, it may be that because they have a tradition of hosting NCAA events, Anthony may be already familiar with the local landscape.

There will also be a review between the NCAA and its broadcast partners including ESPN, Turner Sports, CBS, the Golf Channel and Tennis Channel to go over what prospective host venues have from a broadcast component.

Given the economic uncertainty of the post-coronavirus world, one question of the presenters was about bidders that had added a financial incentive to their application; Yurk said selection committees would be understanding if adjustments need to be made. “Nobody expected a global pandemic to hit in the middle of the bid process,” he said, adding that the evaluators understand should any incentives need to be modified.