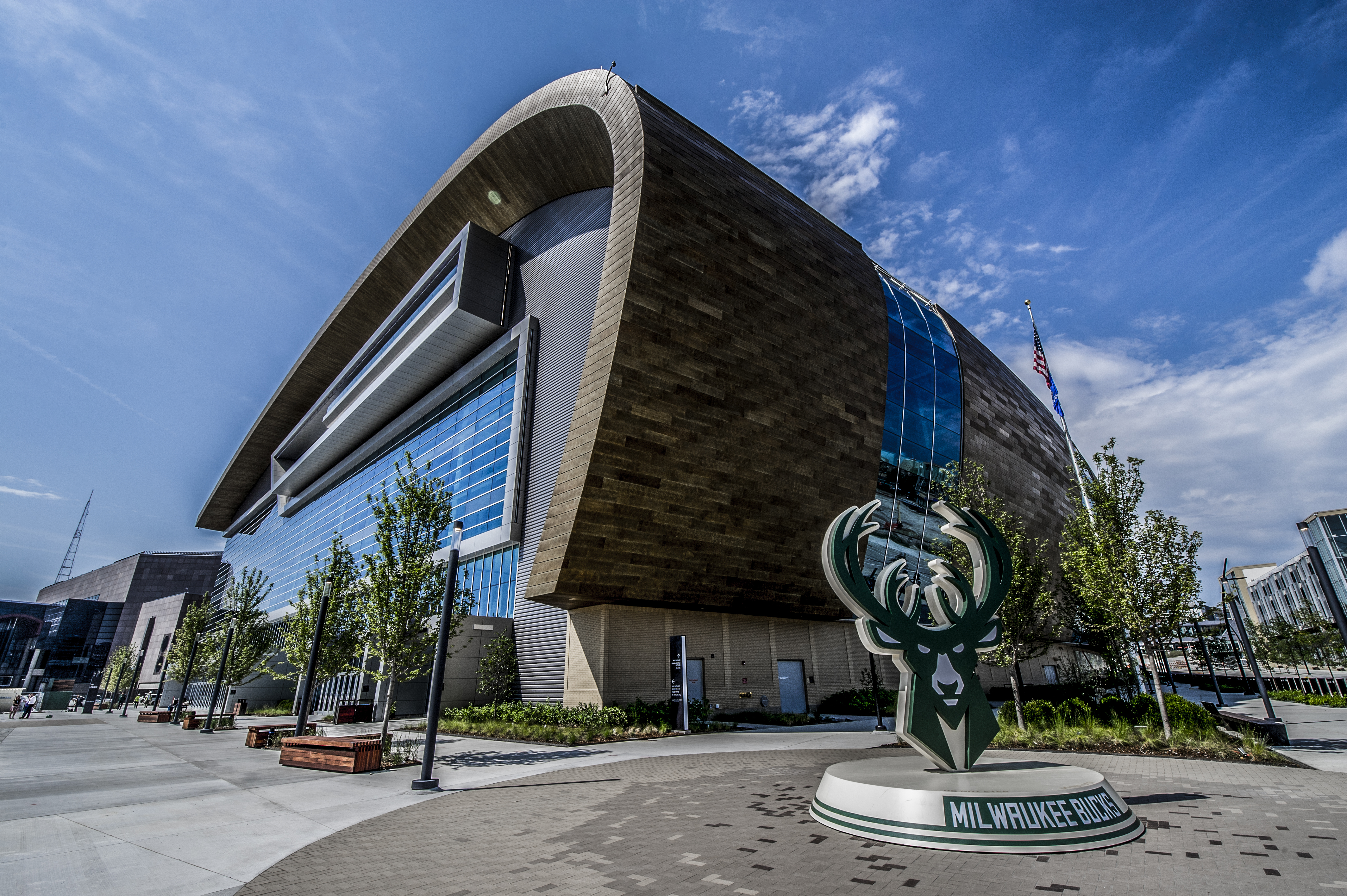 The oversized ribbon and giant scissors typically play a leading role in a ribbon-cutting ceremony, but at the opening of Fiserv Forum, the new home of the NBA’s Milwaukee Bucks, it was the record-breaking welcome mat that stole the show. The event’s theme was “Welcome Home” and what better way to convey that message than to print it on a 92-foot long by 24-foot wide mat that was verified by a Guinness World Records judge as the largest vinyl floor mat.

But the mat should not be considered a temporary grand opening gimmick. The $524 million arena is meant to be a lasting anchor in the community long after the mat is rolled up and the nearly 60,000 people who showed up for opening day have gone. “The day was built around the theme of welcoming the community home,” said Dustin Godsey, chief marketing officer for the Bucks. The goal is for the arena and the surrounding area to “serve as the living room for the community and as a central gathering place, which was something that had been missing,” Godsey said.

Fiserv Forum replaces the adjacent BMO Harris Bradley Center, the former home of the NBA team. After $250 million in public funding was approved by the city council in Milwaukee in September 2015, the new arena broke ground in June 2016 and celebrated its grand opening a few months ago on August 26.

Sitting on 30 acres of mixed-use development, Fiserv Forum totals 730,000 square feet and can seat 17,500 people for basketball games and up to 18,000 for concerts. While the Bucks and Marquette University men’s basketball team will be the main tenants, the arena will also host concerts and other sports and entertainment events. The aim is to hold 250 public events a year, Godsey said. In the venue’s first year, 24 events have already been announced. Bids had been submitted to host the NBA All-Star Game in 2022 (which was recently awarded to Cleveland) and 2023 and the Democratic National Convention in 2020. The arena also plans to go after NCAA tournaments.

“Part of our mission and brand is to help put Milwaukee on the map and showcase what we believe is the best arena in the world,” said Godsey. One way Fiserv Forum is setting itself apart from other NBA arenas is through its technological offerings. The arena features more than 300 distributed antenna systems, 16 wireless access zones, more than 12,000 square feet of video displays and more than 800 high-definition flat screen televisions. At the center of these technologies—quite literally—is the more than 3,900-square-foot center-hung scoreboard, boasting the largest equilateral center-hung display in the NBA. The display’s square shape allows for more flexibility, Godsey said. “We can use the entire board and create impactful moments but also be able to divide up the space throughout the game. It really helps us tell the story.”

Though the arena is home to state-of-the-art equipment, Godsey emphasized that it was never meant to be a technology arms race. One of the driving thoughts behind the layout of the venue was to create open spaces that allows for real social engagement between fans.

Sustainability was also a priority and had been accounted for in the building’s design from the start. “Because of our proximity to (Lake Michigan), we are in the middle of migratory patterns for a lot of birds,” Godsey said. “We worked with the American Bird Conservancy to really look at the glass and modifications we can make to the building.” Upon completion of the Bucks’ application for LEED-silver certification, Fiserv Forum is expected to be the world’s first bird-friendly arena.

As the newest arena in the NBA, Godsey hopes Fiserv Forum will raise the bar for future venues. “We have a culture here of continual improvement,” Godsey said. “Building around the flexibility of usage and focusing on the fan experience allows us to set this arena apart and have it stand the test of time.” 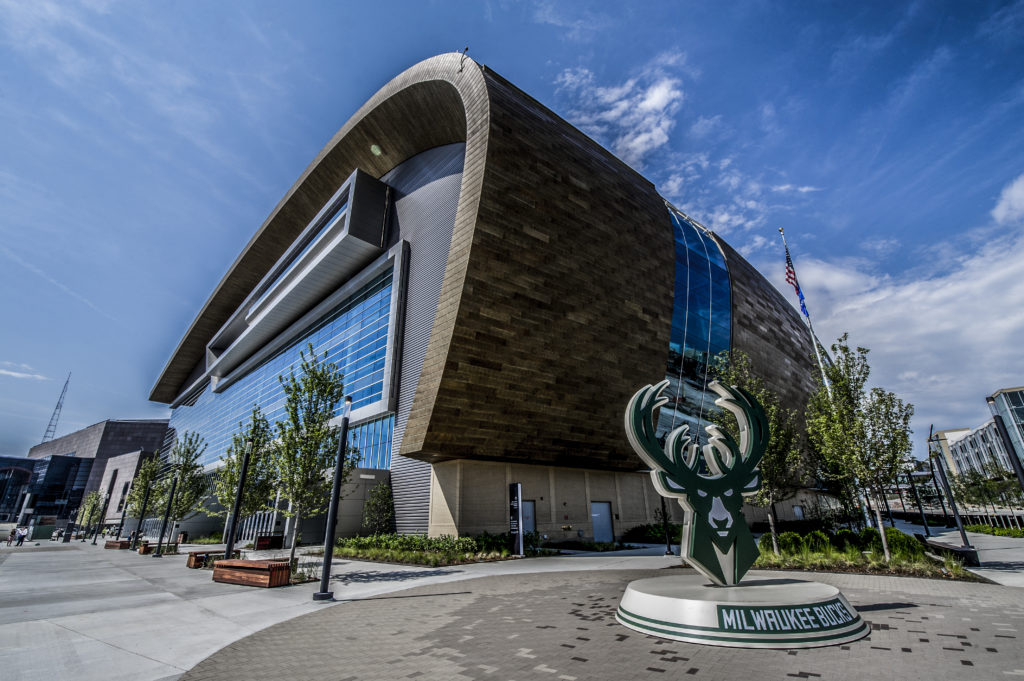 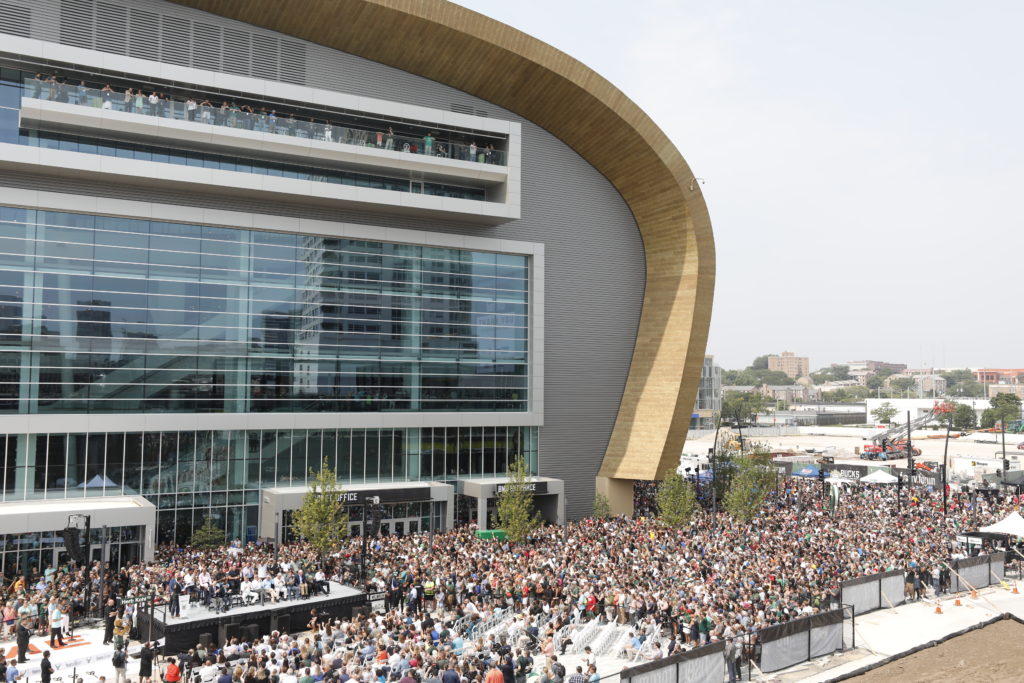 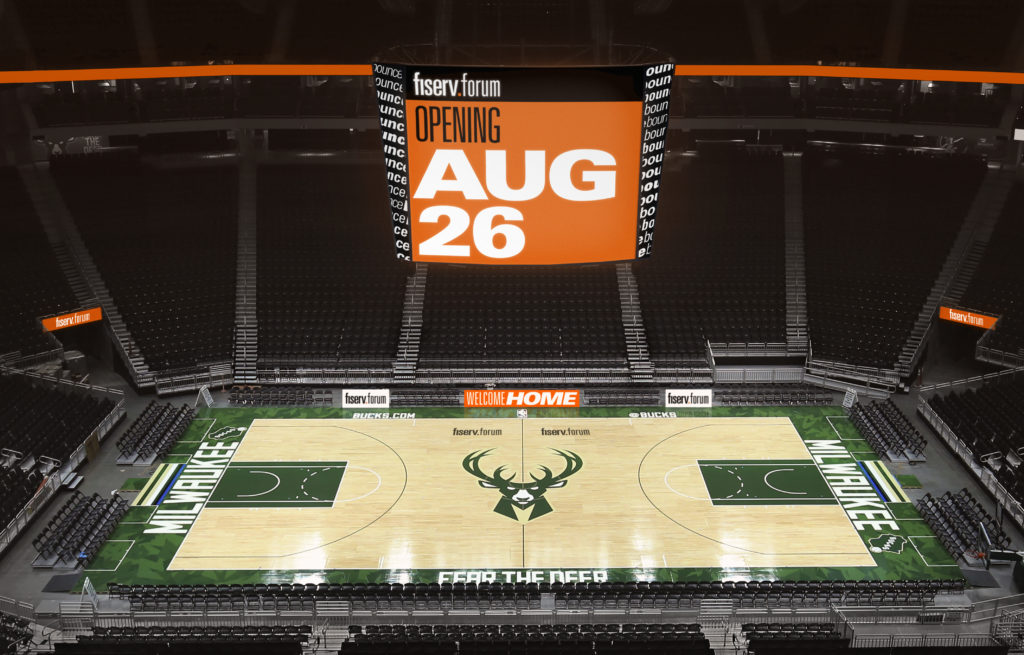 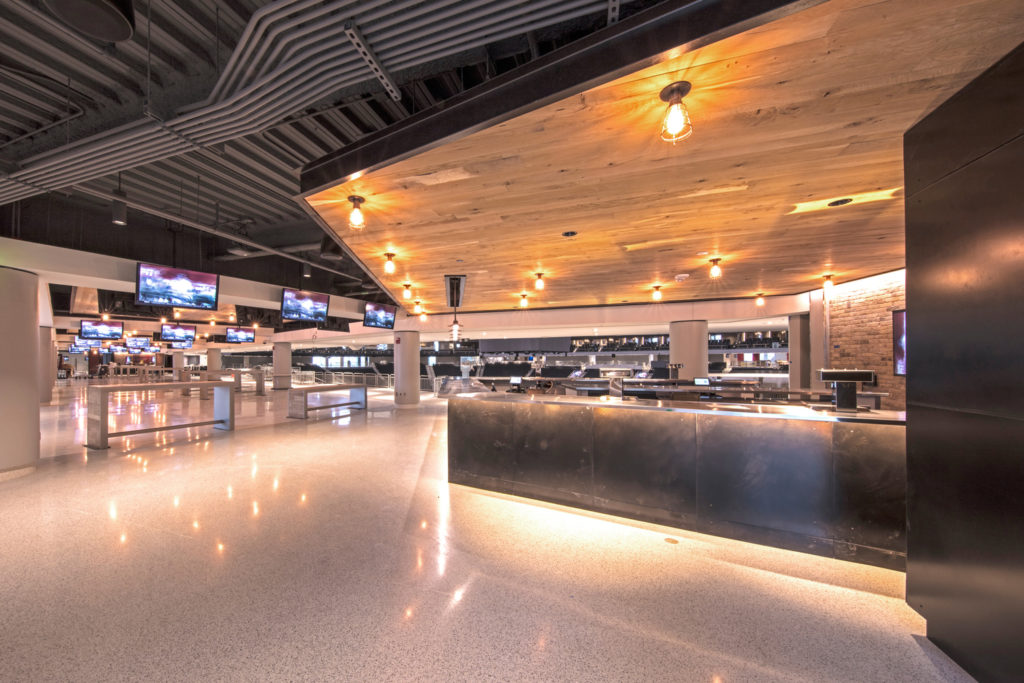