Thirty years after the NBA All-Star Game was first held in Salt Lake City, the league will return to Vivint Smart Home Arena for its 2023 showcase. 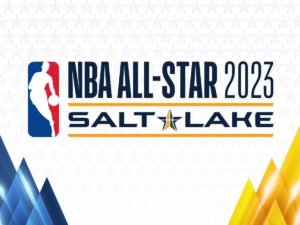 NBA Commissioner Adam Silver announced that the Utah Jazz will host of the event in four years’ time. The previous time the Jazz hosted was in 1993, when hometown stars John Stockton and Karl Malone shared Most Valuable Player duties as the West beat the East 135-132 in what was Shaquille O’Neal’s first All-Star appearance.

Stockton and Malone, who led the Jazz to the 1997 and 1998 NBA Finals against the Chicago Bulls, now have statues outside of the arena.

“Along with a rich basketball tradition, Salt Lake City has proven to be a world-class destination for large-scale events and sports competitions,” said Silver. “I want to thank the Miller Family and the Utah Jazz organization for their commitment to hosting our All-Star festivities and to developing a program that will leave a lasting impact on the community.”

“The return of the NBA All-Star Game to Salt Lake City is a tremendous honor and an opportunity for us to welcome back the NBA family for one of basketball’s biggest events,” said Miller. “The memory of John Stockton and Karl Malone sharing MVP honors 30 years ago remains strong. We are excited to create new memories for this generation of NBA fans in a place that loves to celebrate basketball.”

“When we were in the middle of the renovation, you started realizing that one of the great opportunities would be to have an All-Star Game here,” Jazz President Jim Olson said. “We knew it would be a great showcase.”

The downtown arena in Salt Lake City, which opened in 1991, was called the Delta Center for that 1993 All-Star Game and has also been known as EnergySolutions Arena before Vivint took over naming rights in 2015 in a 10-year agreement. The arena underwent an extensive renovation in 2017, with $125 million spent to renovate the inside of the building with a new, modern arena built with a large overhanging scoreboard, new lighting and seating, and expanded concourses with local eateries taking anchor spaces on the first level.

When the renovations were done, the capacity for games decreased to 18,306 from 19,911. There are 56 luxury suites and 668 club seats in the building, which is owned by the Miller Family Trust, the organization that also owns the franchise.

The arena hosted figure skating and short track speedskating during the 2002 Olympic Winter Games and during that time was officially called the Salt Lake Ice Center. It previously was the home for the WNBA’s Utah Starzz from 1997 to 2002 and two minor league hockey franchises. The NCAA Tournament has held first- and second-round games at the arena in 2013, 2017 and 2019 along with the 2010 NCAA Tournament West Regional semifinals and finals.

The 2020 NBA All-Star Game will be at the United Center in Chicago. Future sites include Indianapolis in 2021 and Cleveland in 2022.