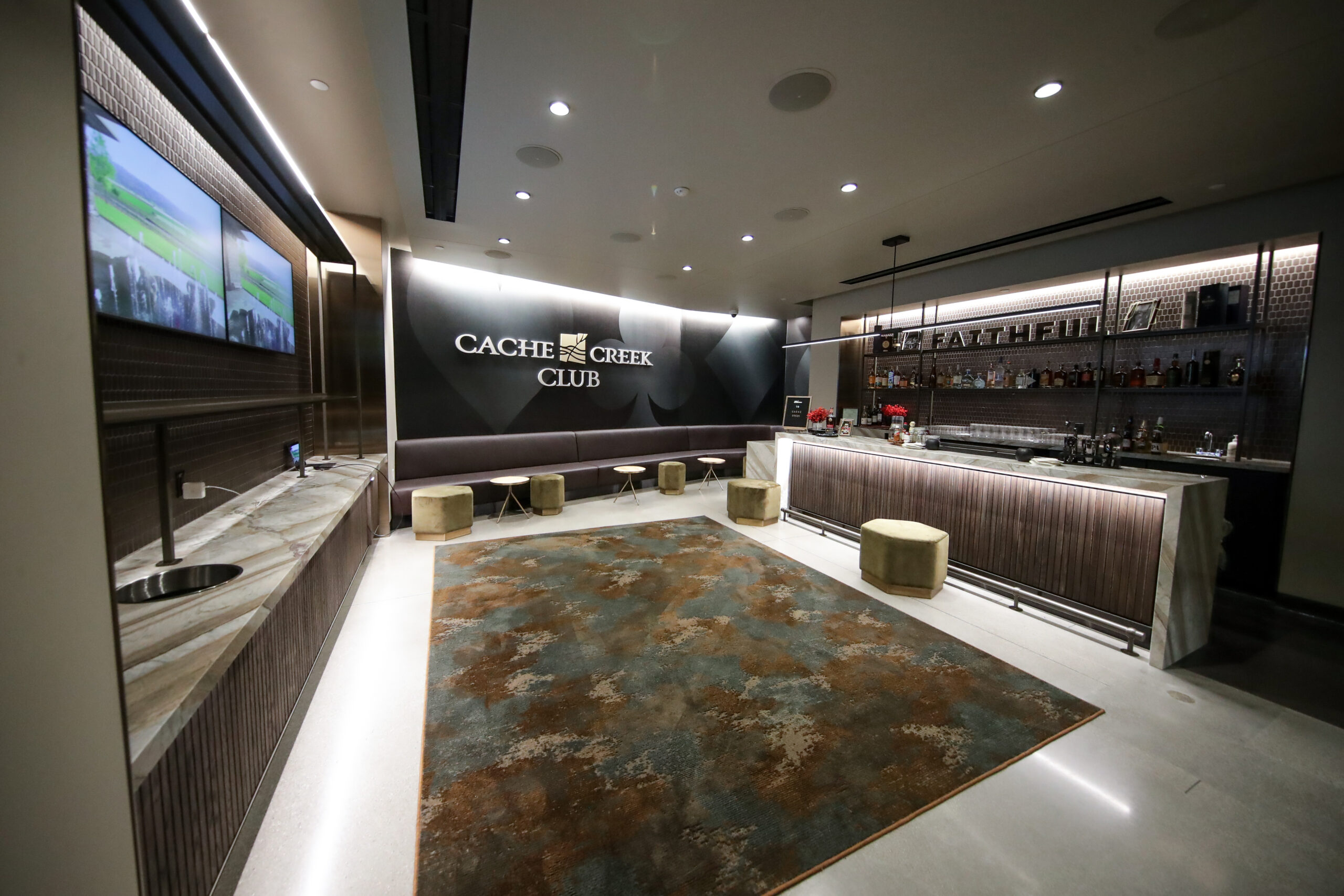 The San Francisco 49ers have unveiled a new Levi’s Stadium club space driven by the team’s partnership with Cache Creek Casino Resort and the Yocha Dehe Wintun Nation, with a 1,400 square-foot club located inside the northwest field tunnel between the visiting team locker room and the field entrance, providing exclusive views of the players entering and exiting the field.

Additional features include a full-service bar and TVs throughout. The space also showcases Cache Creek Casino Resort branding accents and a custom blackjack table. Access to the club is an exclusive benefit for ticket holders of north-end zone field seats. Opening day for the Cache Creek Club at Levi’s Stadium will be on Saturday, August 14 when the 49ers host the Kansas City Chiefs during Week 1 of the NFL preseason.

“Of the many commonalities between the 49ers and Cache Creek Casino Resort, our shared success during the 1980s is where we really align. Our franchise soared by winning three Super Bowls, while Cache Creek was first founded as a bingo hall, soon to expand into one of Northern California’s largest casino resorts,” said Schoeb. “As we enter our 75th Anniversary season, Cache Creek Casino Resort is the perfect partner to join us in strengthening our future by honoring our past.”

Beginning September 2019, the organizations embarked on a multi-year agreement that made Cache Creek Casino Resort and the Yocha Dehe Wintun Nation a partner of the 49ers. The new space builds upon the partnership, highlighted by a new promotion that will select a pair of fans at each game to receive an upgrade to the Cache Creek Club and field seats for that game.

“You can’t beat the view at Cache Creek Casino Resort, where our guests relax and play within sight of the Yocha Dehe Wintun Nation’s working vineyards and olive orchards, nestled in the breathtaking Capay Valley,” said Stout-Smith. “For football fans, the behind-the-scenes, tunnel view of NFL players on game day from the Cache Creek Club here at Levi’s stadium will be just as thrilling.”