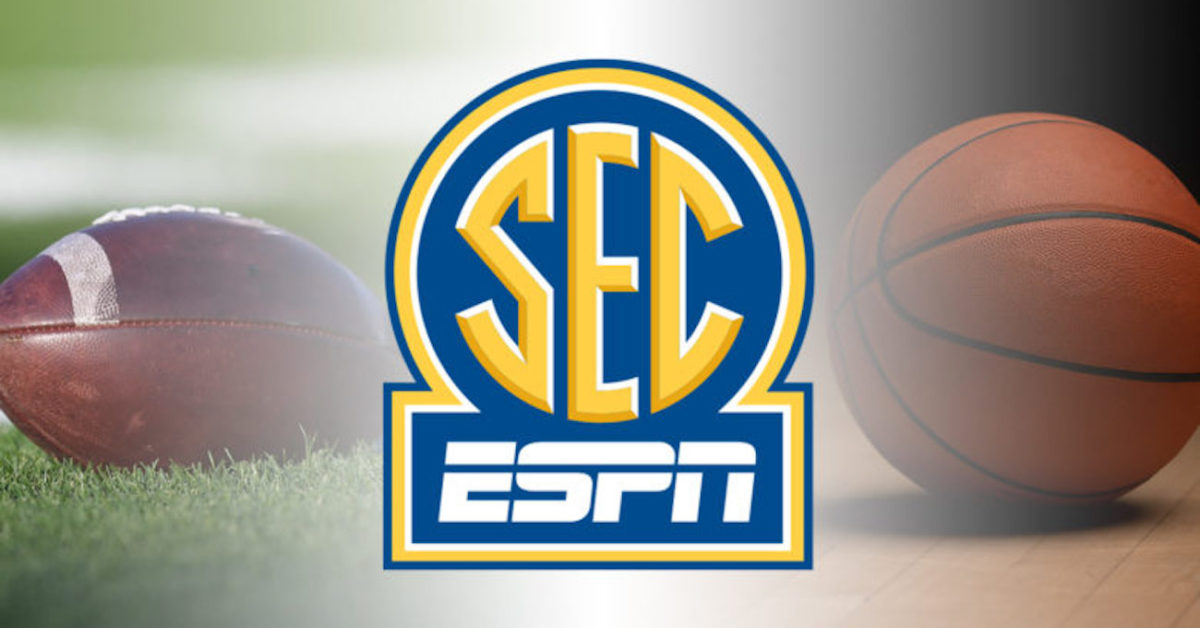 The Southeastern Conference will move its signature events in football and men’s basketball from CBS to ESPN/ABC starting in 2024–2025. The 10-year deal is reportedly worth nearly $300 million per year and will include up to 15 premier football games and the SEC Championship as well as eight top basketball matchups across ABC and ESPN.

Under terms of the deal, ABC will air an SEC-controlled football game each week beginning in 2024, including a late-afternoon kickoff. ESPN also received the right to feature SEC games on ABC’s “Saturday Night Football” for the first time.

And beginning with the 2021–2022 season, ESPN+ will have the right to stream one non-conference football game and two non-conference men’s basketball games per SEC school each season.

“This new agreement was born from a strong foundation which began almost 25 years ago and now reflects a shared vision of the future with the SEC, Commissioner (Greg) Sankey and their member institutions,” said Jimmy Pitaro, chairman of ESPN and sports content. “With all the conference’s games under the ESPN umbrella and adding ABC and ESPN+ to our distribution channels, ESPN will have complete scheduling flexibility, resulting in maximum exposure and adding significant benefits for SEC schools and fans.”

The SEC had been receiving about $55 million per year under its existing deal with CBS.

“This is a significant day for the Southeastern Conference and for the future of our member institutions,” said SEC Commissioner Greg Sankey. “Our agreement with ESPN will greatly enhance our ability to support our student-athletes in the years ahead and to further enrich the game day experience for SEC fans around the world. One of our primary goals was to improve the television scheduling process in ways that will benefit our students, coaches, alumni and fans. By working in collaboration with ESPN, we were able to secure an agreement that includes more lead time for many game time announcements, and in many ways modernizes the college football scheduling process.”