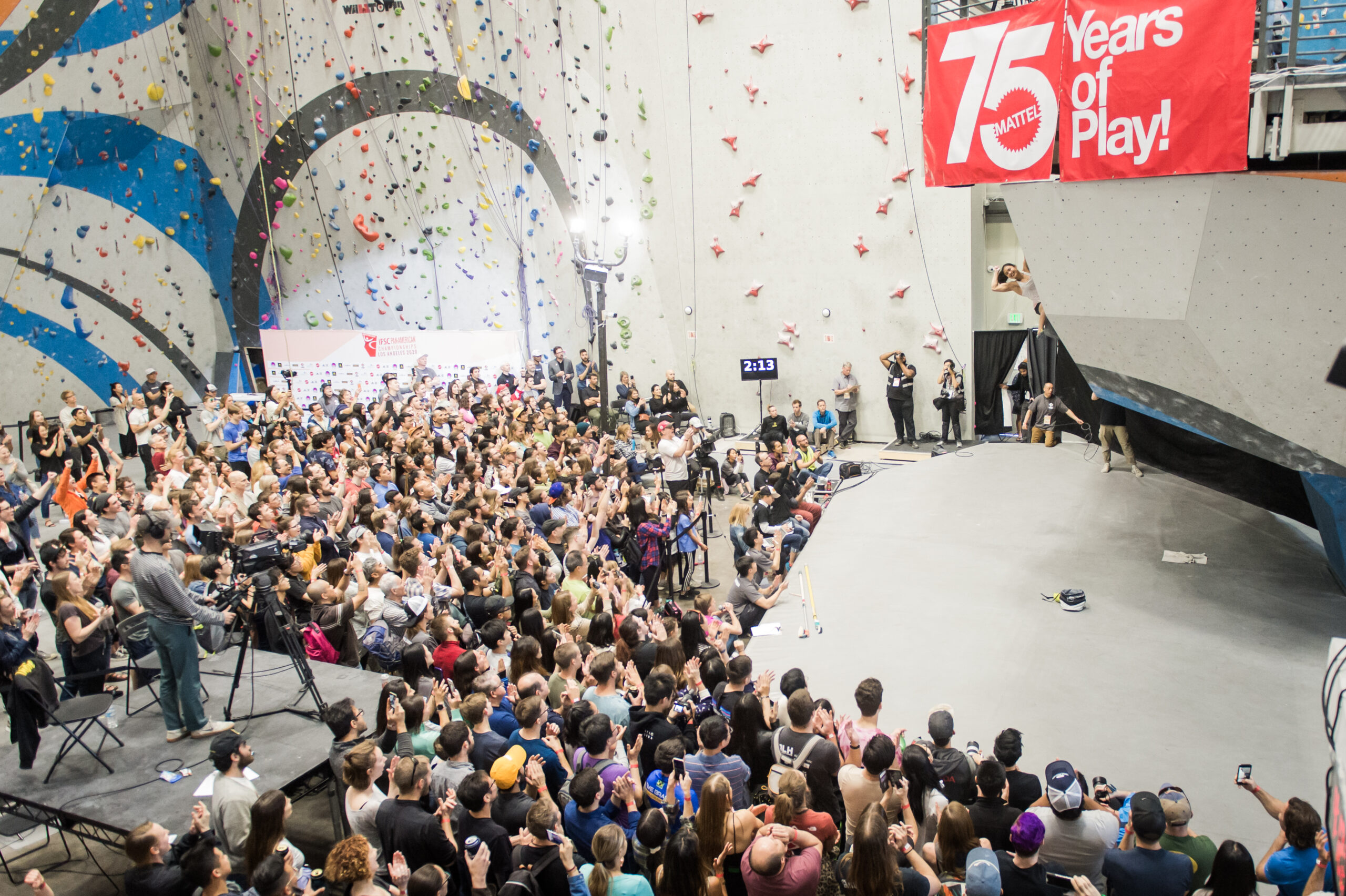 Sender One LAX was built with events in mind, including column-free space that can give spectators a better view.

The International Federation of Sport Climbing and USA Climbing have announced that the third Paraclimbing World Cup scheduled for October 9–10, 2021, will take place in Los Angeles, at Sender One Climbing Gym.

The IFSC Strategic Plan 2020-2028 aims at the inclusion of Paraclimbing in the Paralympic Summer Games in Los Angeles 2028 with the application deadline being in the fourth quarter of 2021, leading in part to the choice of Los Angeles as the host of the third event of the year.

“We are thrilled to be hosting an IFSC Paraclimbing World Cup stop at Sender One at LAX,” said Marc Norman, chief executive officer at USA Climbing. “The Sender One team is phenomenal and their facilities are world class, providing an event on par with the level of athletes. Hosting this important Paraclimbing World Cup in the United States and Los Angeles is an incredible opportunity to introduce the amazing Paraclimbing event and its athletes to the Organizing Committee of the 2028 Olympic and Paralympic Games. We thank the IFSC for the opportunity and look forward to a great event hosted by Sender One and to watching the Paraclimbing athletes show us all what is possible.”

With climbing set to make its debut at the Olympic Summer Games last year, the sport seemed to have incredible momentum before the COVID-19 pandemic, leading the Climbing Wall Association to launch a new initiative aimed at demonstrating why the sport may be one of the safest for participation during the pandemic. Read more in our feature here.

“It is definitely a good sign to have a Paraclimbing Word Cup in Los Angeles, where the 2028 Paralympic Games that we aim to apply for will take place,” said Sebastian Depke, chair of the IFSC Paraclimbing Committee. “We are thankful to the IFSC and the whole USA Climbing organisation for their commitment in holding the first-ever Paraclimbing World Cup on US soil.”

It will be the second IFSC competition in Los Angeles following the Pan American Championships in February and March 2020 at the Sender One Climbing Gym.

“Even though this has been one of the most trying years I can remember, when Marc asked me if Sender One would host a Paraclimbing world cup, we didn’t hesitate to say yes,” said Alice Kao, chief executive officer of Sender One Climbing. “We all remember what we felt during the Pan-American Championships.  I think we could all use some inspiration and joy.”