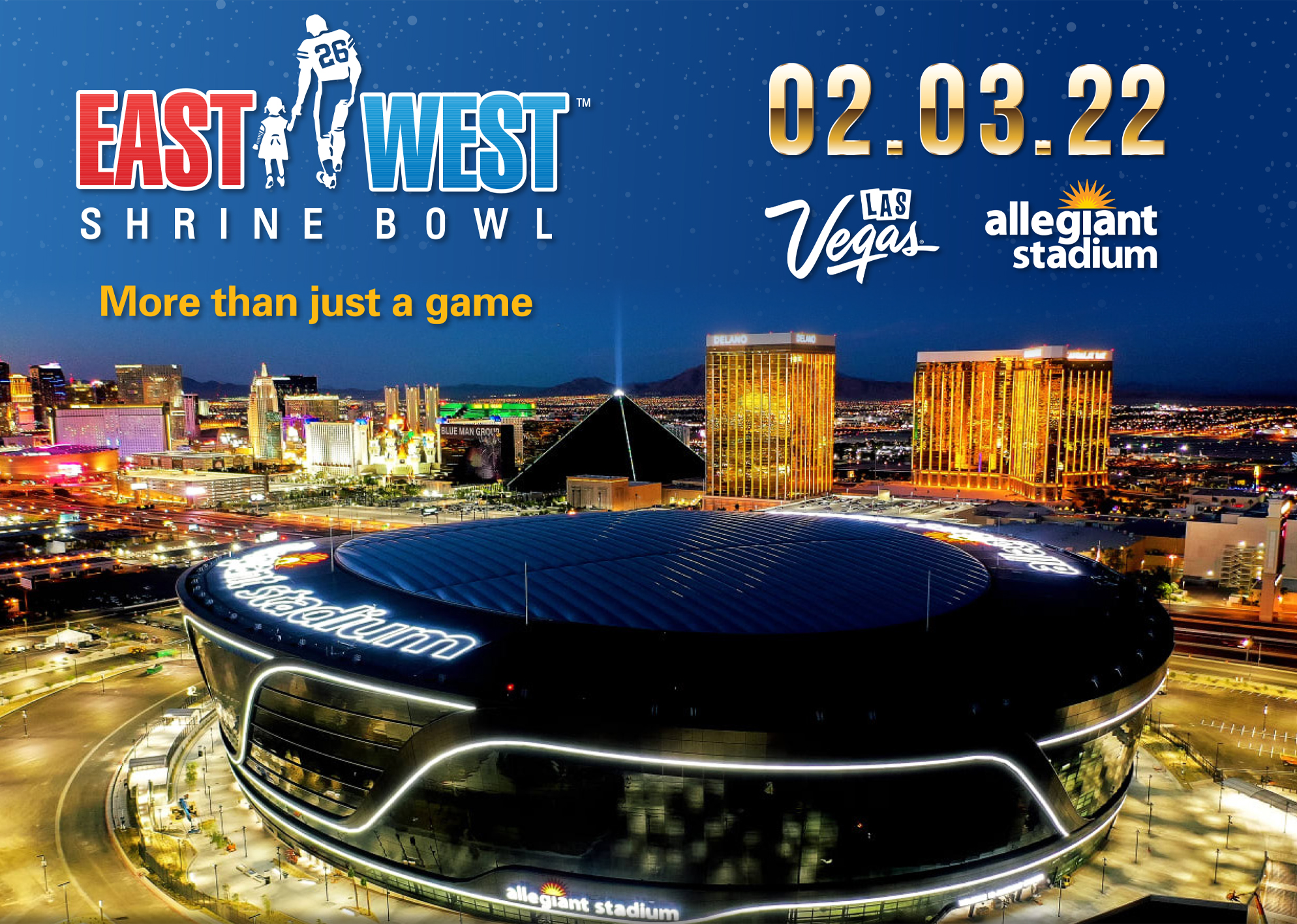 The East-West Shrine Bowl college football all-star game will be played on February 3, 2022, at Allegiant Stadium in Las Vegas as part of NFL Pro Bowl week.

Televised nationally on NFL Network, the game will bring approximately 125 of the nation’s top college seniors to be coached by NFL staffs for a week of preparation in front of hundreds of scouts, professional agents and media leading to the 2022 NFL Draft, which will also be held in Las Vegas.

“The East-West Shrine Bowl is exemplary of the values of football, as all involved have the opportunity to inspire and encourage the children and families at Shriners Hospitals,” said Troy Vincent, NFL executive vice president of football operations. “In addition to community service and engagement, student athletes get an early start on the evaluation of their skills and coaches also showcase their talent, develop professionally and network with colleagues, which is invaluable to the future of football.”

Throughout the 97-year history of the East-West Shrine Bowl, the game has produced more than 500 NFL Pro Bowl appearances. The 2022 game will mark the first time that both the Shrine Bowl and Pro Bowl align during the same week to strengthen the relationship between the two events.

The move to Las Vegas comes after the Shrine Bowl was played in St. Petersburg, Florida, for the past 10 years.

“This is a historic day for the East-West Shrine Bowl and Shriners Hospitals for Children,” said Bob Roller, director of national sports management for Shriners Hospitals. “Our goal was to expand the reach and mission of our healthcare system and to hold a world-class sporting event, and this partnership with the NFL and Pro Bowl Week greatly enhances our on-going mission that has helped more than 1.5 million children since opening in 1922.”