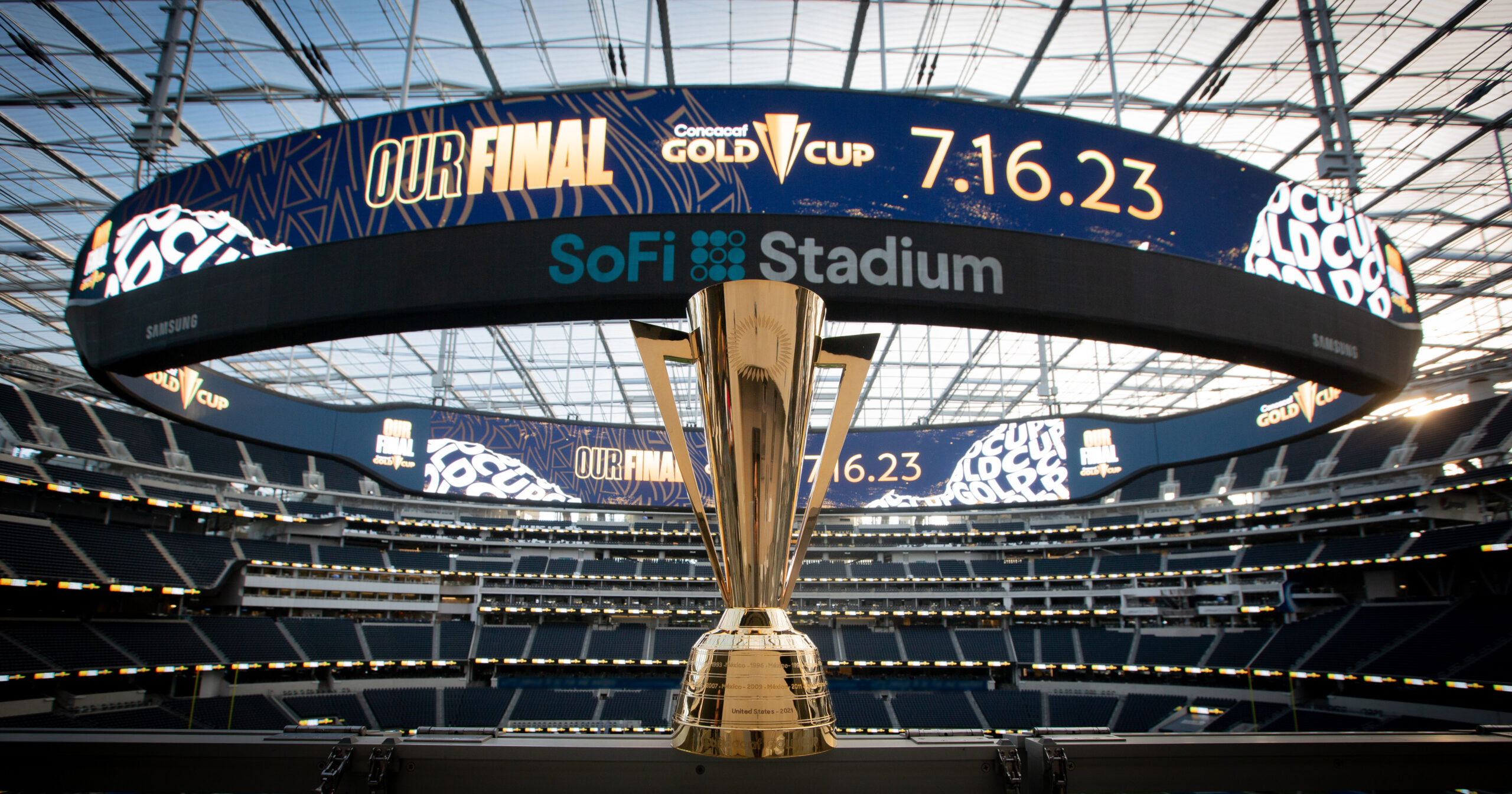 The 2023 Concacaf Gold Cup championship game will be held at SoFi Stadium, home of two NFL teams and recently named one of 11 U.S. venues that will host games in the 2026 FIFA World Cup.

The Gold Cup will start with group stage action on June 24. The official draw will take place April 14.

“SoFi Stadium is a world class venue and Los Angeles has hosted so many iconic Gold Cup moments, making this stadium a fantastic choice to stage our 2023 Concacaf Gold Cup Final”, said Concacaf President and FIFA Vice President Victor Montagliani. “This competition continues to deliver on and off the pitch, with last year’s expanded edition showcasing outstanding football combined with passionate support from fans from all corners of our wonderful region.”

The Gold Cup Final will be the second soccer match held at SoFi Stadium. The venue previously hosted the Leagues Cup Showcase in August 2022. SoFi Stadium, home to the NFL’s Los Angeles Chargers and reigning Super Bowl Champion Los Angeles Rams, hosted Super Bowl LVI and will host the College Football National Championship in 2023 and the Opening and Closing Ceremonies of the Olympic Games in 2028.

“The Los Angeles region has a celebrated history of hosting iconic soccer matches and we look forward to adding to that legacy when we welcome Concacaf’s Gold Cup Final to SoFi Stadium,” said Jason Gannon, managing director, SoFi Stadium and Hollywood Park. “Over the next few years, SoFi Stadium will be home to some of the world’s biggest soccer matches, and we are excited to host an international audience for the Gold Cup.”