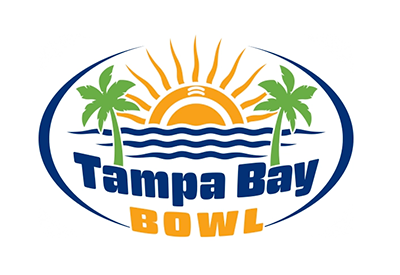 One of the longest-running bowl game sponsorships has ended as the Tampa Bay Bowl Association announced that the New Year’s Day game, known as the Outback Bowl since 1996, will instead be called the “Tampa Bay Bowl.”

“We are thrilled about our new Tampa Bay Bowl logo and name which is a reflection of our 36-year relationship with the vibrant Tampa Bay region as one of the most exciting and hospitable destinations of any college bowl game,” said Tampa Bay Bowl Chair Rita Lowman. “We look forward to continuing the Tampa Bay Bowl’s positive impact on college football and the Tampa Bay community, both economically and by showcasing our region nationally and internationally.”

The game’s partnership with ESPN and its conference affiliations with the SEC and Big Ten and ACC remain unchanged. The event was the Hall of Fame Bowl from 1986 through 1995 before its sponsorship deal with Outback, which had been the longest-running sponsorship in bowl game history. The game moved to Raymond James Stadium in 1999 after starting at Tampa Stadium.

Arkansas beat Penn State 24-10 on January 1 of this year in the first Outback Bowl appearance for Arkansas. Iowa and Michigan have appeared the most in bowl game history with six appearances apiece.

“We recognize and appreciate the past sponsorship of Outback Steakhouse as we continue to move forward,” said Lowman.