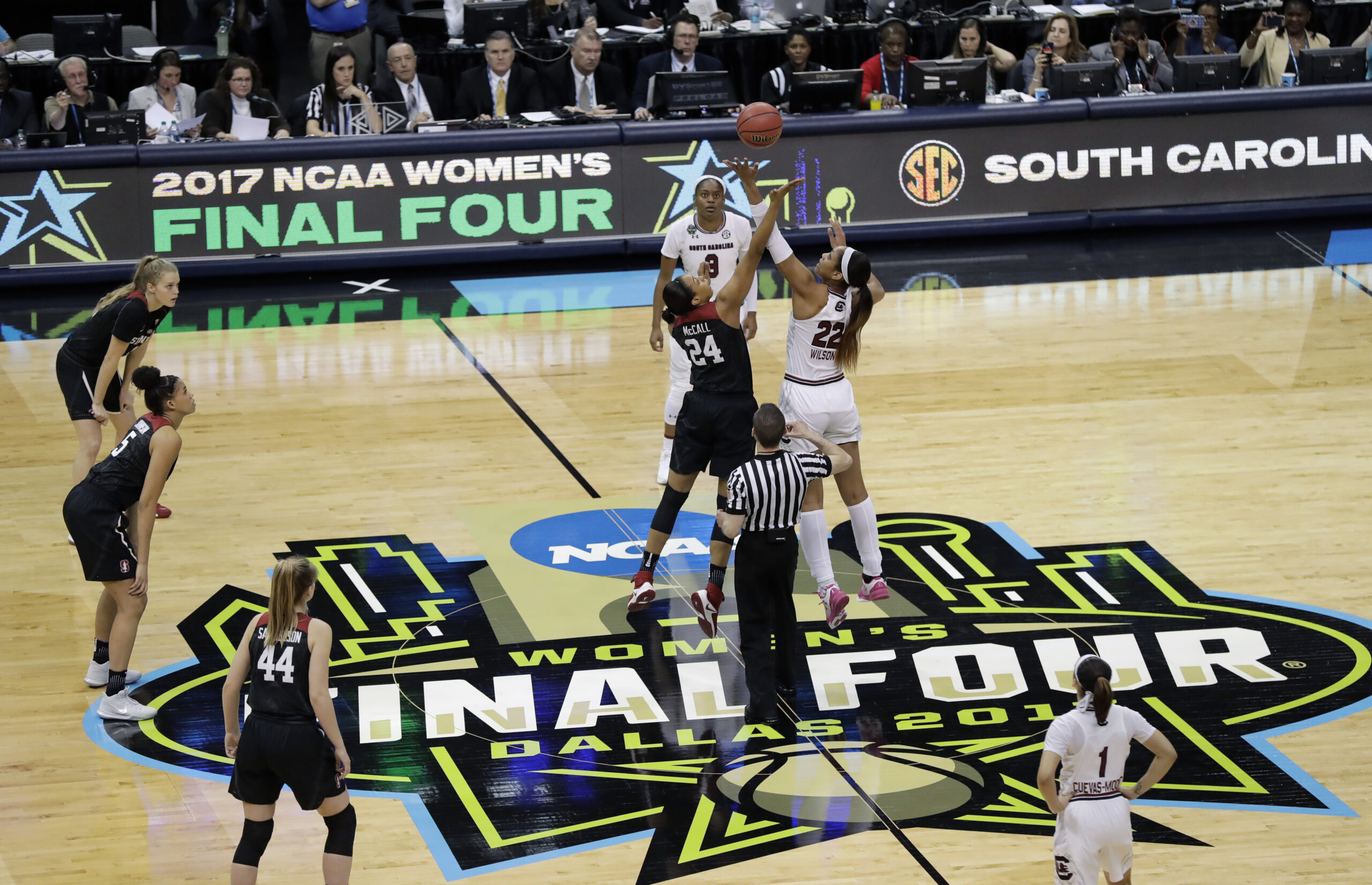 Amalie Arena will serve as the site in 2025, while Talking Stick Resort Arena will host in 2026. Tampa Bay will host the Women’s Final Four for a record fourth time, while Phoenix will host its first. Another notable moment among the announcements was Las Vegas being awarded the 2026 Frozen Four and a 2023 Division I Men’s Basketball Regional.

“The response of our membership, host cities and local organizing committees to this process was tremendous,” said Joni Comstock, NCAA senior vice president of championships. “Thanks to their commitment, we are excited that our student-athletes will play in some of the top locations and venues in the United States.”

[Click here for the full list of NCAA bid winners]
Other finalists in the bidding for the 2025 and 2026 Women’s Final Four finalists were Portland, Oregon, and Columbus, Ohio. Of the four finalists, Tampa was the most experienced with three Women’s Final Fours in 2019, 2015 and 2008. Columbus hosted in 2018 while neither Portland or Phoenix had ever hosted before.

“This bid cycle was significant for Division I women’s basketball, as we were able to identify two outstanding future host cities for the Women’s Final Four in 2025 and 2026 and named the eight regional host sites that will be part of our new two-site regional format that is in play beginning in 2023,” said Lynn Holzman, NCAA vice president of women’s basketball. “I am pleased that over the next six years we will play in several new markets, while providing enhanced hosting opportunities.”

The NCAA’s full release for the 2022–2023 through 2025–2026 seasons included more than 500 events with hosts selected from more than 3,000 applications received before February’s bid deadline. The only events previously awarded were the NCAA Men’s Final Four — Houston hosting in 2023 followed by Phoenix (2024), San Antonio (2025) and Indianapolis (2026) — and the Women’s Final Four in Dallas in 2023 and Cleveland in 2024. Division I baseball, Division I softball and the championship game of the Football Championship Subdivision were omitted from the process due to existing contracts. In addition, Division III women’s ice hockey was not included as predetermined sites are not selected.

The state of Nevada will host a predetermined NCAA championship for the first time since 1991, when UNLV’s Thomas and Mack Center hosted a Division I Women’s Basketball Regional. Nevada will host 11 events overall, including the 2023 Division I Men’s Basketball Regional and the 2026 Men’s Frozen Four. The last time the Frozen Four was played in the West was in 2008 in Denver.

“While the NCAA seeks federal legislation to better regulate sports wagering, particularly to safeguard college sports competitions, we are excited to bring our national championships to Las Vegas,” said Dan Gavitt, the NCAA’s senior vice president of basketball. “The city has hosted numerous championships sponsored by our member conferences and the experience of the teams and fans has been overwhelmingly positive. We anticipate that being the case for our championships as well.”

Other notable bids include the University of Dayton continuing as NCAA First Four host through 2026, continuing as the site for the start of the NCAA Tournament as it has been since 2001. The NCAA Women’s Tournament will have a new twist in the coming years as the event has identified eight host cities that will serve as hosts for the regional rounds from 2023 to 2026. Beginning in 2023, regional play will be held at two sites per year with eight teams  at each site.

Some sports will go to new markets as well. The NCAA beach volleyball championships will stay in Gulf Shores, Alabama, in 2023 and 2024 before moving for the first time and going to Huntington Beach, California, in 2025 and 2026. Another site in California, Sacramento, will host the 2024 NCAA Men’s Division I College Cup for the first time at the new Sacramento Republic FC Stadium, becoming the sixth different site in California to host the event.

In 2025, the Division I Wrestling Championships are headed to Philadelphia for the second time; it was previously held in the City of Brotherly Love in 2011 when it became the first host site to surpass 100,000 for total attendance, setting a then-record of 104,260.

Like any organization, NCAA committees had to adjust because of the COVID-19 pandemic. But the timeline leading to a bid announcement stayed on track even after the 2020 winter and spring championships were canceled in March, leaving destinations missing out on the chance to host events they had been planning for years. 129 Sports LLC President Russ Yurk, who was hired by the NCAA to serve as a consultant to manage the bid cycle’s efforts, said in September after the cancellations were announced he looked through all the bids to see if the destinations that lost events were also part of the future bidding process.

“We did determine at that point if there was anyone who had a championship that was cancelled to give them the opportunity to bid if they hadn’t previously done so,” Yurk said. “A few folks did, a few cities said, ‘No, we’re good, thanks.’ There was no guarantee of a make-good, but they were definitely in the mix and many of those championships will be re-awarded throughout the process.”

There also is the rescheduling of the 2020 fall championships, which were postponed in August. Any announcement about sites for those events will happen separately at a later date.