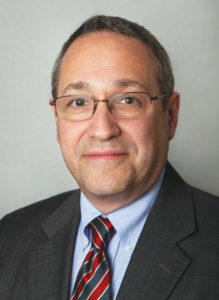 Readers of SportsTravel work as the master planners of some of the world’s great sports events. We are the host-city strategists who can prepare the resources of the community to meet the needs of the most demanding event organizers. We are the marketers, coaches, leaders, tacticians, contractors and change agents responsible for serving our sports, growing our fan bases and reinforcing the reputations of our regions as the ideal business partners in the massive sports-event marketplace. We’ve been doing this a long time, we know what we’re doing and we work to ensure the best possible outcomes—until something goes wrong.

When a problem arises, we have to make a relatively rapid and decisive response. And as we do so, we understand that the Law of Unintended Consequences is in full force and effect.

This is something I have experienced firsthand, including when I was senior vice president of events for the National Football League. When the Super Bowl was scheduled for New Jersey’s MetLife Stadium in 2014, one of the many challenges involved both sports and travel. Since this was the first NFL championship game in 48 years to be played outdoors in a cold-weather region, the possibility of snow and ice would affect nearly every aspect of our planning, from the game itself to the halftime show to fans being able to travel safely to and from the venue.

Car parking was a particular concern. If snow fell close to gametime and we didn’t have time to move it off-site, we would have to plow it into great mountains right in the parking lot. But that would further reduce parking capacity, which had already been compromised by the installation of a massive security perimeter, temporary media and broadcast facilities and operational compounds. Given the circumstances, promoting mass transit was our best chance to encourage fans to stay off the roads in potentially dangerous conditions and away from stadium parking lots with limited capacity.

On any given Sunday, up to 12,000 fans take the train to an NFL game at MetLife. In the stadium’s early years, public transportation wasn’t terribly popular, but over time more fans came to appreciate the convenience and cost savings. For the Super Bowl, however, most fans would be from out of town, so persuading them to take the train to the game would require a robust communications plan. (Alas, as had been the case for every previous Super Bowl, fans of the local teams were not going to see their hometown heroes play on their home field.) We began an aggressive campaign, in coordination with the local host committee, to promote the train as the best and cheapest way to get to the stadium.

In the unlikely event that more than the normal load of 12,000 people decided to take the train, New Jersey Transit extended the platform on the stadium end to accommodate two additional cars on each train and replaced the usual equipment with double-decker cars. Together, these measures increased train capacity by more than 50 percent. At the same time, we worked to make sure we had enough parking places for those who chose to drive. We secured satellite parking and shuttle buses to deliver people to the stadium if the main parking lots filled. As we saw it, we were covered if no one listened to the recommendations to take public transit, and we were covered if a surprising number did.

As it turned out, our unrelenting marketing efforts worked too well. Over four hours, more than 28,000 fans took the trains to the stadium, and more than 30,000 rushed immediately to the platforms after the game to return to their homes and hotels. Waits to board the trains were reported to be as long as two hours. Meanwhile, the satellite parking lots and shuttles were empty. In fact, the quickest commute between Manhattan and the Meadowlands in the history of cars was on Super Bowl Sunday.

How did we handle the logjam of people at the stadium train stop? We apologized to fans and advised those still in the stadium to hang out in the stands while the crowds cleared from the platforms—and then announced when the masses had thinned. We reassigned buses staged in other parts of the region to circle back to the stadium to grab another load or two. And—though this didn’t help the people waiting to leave the stadium—we got smarter about how to prepare for a situation where a lot of people actually listen to instructions. It could happen to you, too.

Frank Supovitz is the president and chief experience officer at Fast Traffic Events & Entertainment, providing event, entertainment and experience management services to brands that include Indianapolis Motor Speedway and the Big East Conference. From 2005–2014 he served as senior vice-president of events for the NFL, and from 1992­–2005 he was group vice-president of events and entertainment for the NHL. His latest book, “What to Do When Things Go Wrong: A Five-Step Guide to Planning for and Surviving the Inevitable—And Coming Out Ahead,” is available on Amazon by clicking here.