Home > Olympic Sports > The Spirit of Omotenashi at the 2021 Olympics 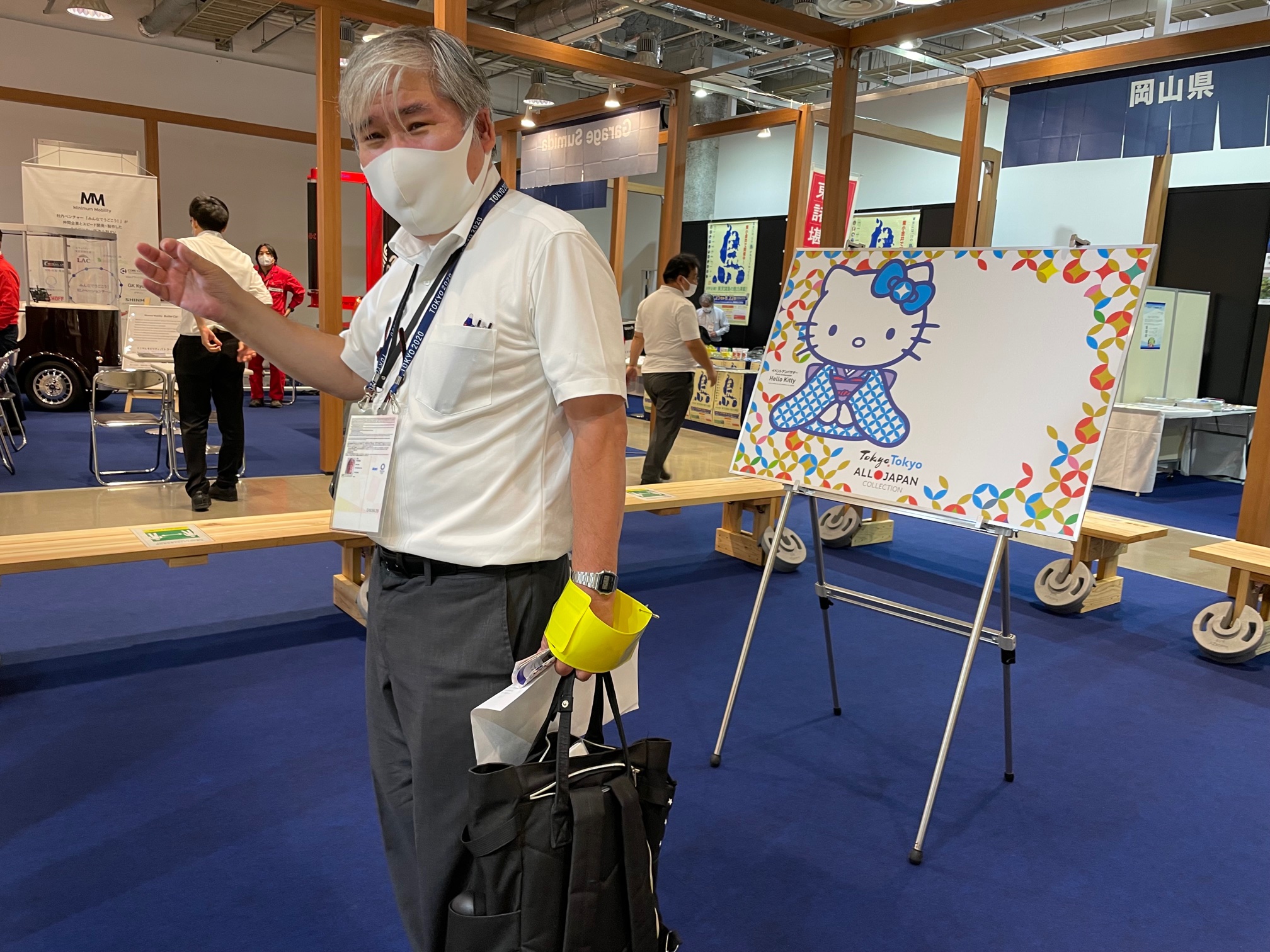 Ito-san gives a group of international journalists a tour of "Tokyo Sports Square."

One of the biggest cases for hosting the Olympics Games is to put your city front and center for two weeks to the world. And from those with the interest, need or resources to travel to the Games, there is undoubtedly a tourism boost as well.

This year, however, with all spectators banned and athletes not even permitted to have family members with them, nearly everything tourism-related is off the table. Even for international media trying to tell the story of the host city at these Games, opportunities have been limited since we are limited to our hotels, the venues or the Main Press Center that serves as our central working headquarters.

Still, at the press center, the Tokyo Metropolitan Government has a station to do the best it can to promote what the city has to offer, whether people can get out or not. During the Games, the government is offering limited tours to select venues around the city, all of which are considered within our temporary bubble and compliant with the COVID-19 countermeasures established by Tokyo 2020.

Curious to see what I’d find, I took a tour this week to what was dubbed as “Tokyo Sports Square.” Joining me on the tour was the type of international mix you typically see at the Games: A photographer from Belarus who had a free morning, a reporter from Venezuela and her camera operator from Mexico. Together we boarded a bus to get to the square, guided by the smiling Yutaka Ito, who said we should call him Ito-san.

The square itself didn’t appear to have any real sports connection, other than its operation during the Games as a base of communication for visitors. In fact, the square was just a building whose second and third floors are operating — or at least planned to operate — as an auxiliary media center for any visiting journalists who don’t have an official Olympics credential. In normal Olympics cycles, that number can be quite high. This year, it’s hard to imagine that there are many visiting journalists who aren’t in the system.

Nonetheless, the ground floor of the building is being used as a TV studio for interviews and contains an exhibit called “Tokyo Tokyo All Japan Collection,” (one extra Tokyo for good measure…) which includes vendors of gifts from regions around the country. There, you can get everything from handmade kimonos to bottles of sake to $6 peaches that are deemed “perfect” to high-end samurai swords, one of which was selling for 22 million yen, or about $200,000. We were there before this part of the store was open to Japanese residents, or in theory, any tourists who might be in town. We were treated like VIPs. The vendors seemed genuinely pleased to see us and explained everything they had to offer, even if they knew we weren’t dropping $200,000 for a sword. They were happy to talk about their crafts.

Also on display was a small robot that could communicate with us in English. The Venezuelan reporter recommended the robot try tacos and tequila if it ever came to her part of the world. “I love alcohol,” the robot responded. “We’ll have to go for a drink together!” the reporter replied.

In less than 30 minutes, the tour was over and we were back on the bus.

On the way back to the media center, Ito-san explained to us the concept of “omotenashi.” He said it was hard to translate into English but that it meant something to the effect of extreme hospitality. When Tokyo was awarded the 2020 Games, he said, the goal was for the city to offer omotenashi to the expected visitors.

That got me thinking about the end game for Tokyo in these Games, where polling has suggested locals have had enough and are ready for the whole experience to be over because of the way things have played out in the pandemic. Ito-san had said at the start of our tour that he worked not for the government but as a tour guide. I wondered what his own thoughts and experience were as the IOC and Tokyo 2020 moved full steam ahead.

When the 1964 Games were here, Ito-san was 9 years old. He remembers the women’s volleyball team winning the country’s first gold medal in the sport. “In Japan, everyone went crazy about that,” he said. Of the Games themselves, “of course what I remember was the festival. Now I’m over 60 years old, so it’s a slightly different feeling.”

Slightly different may be an understatement. All concepts of a festival atmosphere are out for these Games. Even the fan festival that had been planned has been scrapped.

SportsTravel is reporting on the Olympic Games live from Tokyo and here at home. Read more coverage here.

I asked him his sense of whether the Japanese people truly want these Games at this point. If there was anyone who should be upset, it was Ito-san, a tour operator who no doubt was hoping for more business this week than shuttling four random international journalists to the lovely but otherwise empty Sports Square.

Was he disappointed at how it’s all worked out?

Indeed, Japan may be resigned to the Games continuing, but despite the rocky road to get the event underway, for one morning with a group of four journalists, Ito-san was putting on the bravest face he could in helping show off the city’s ingenuity and crafts. The spirit of omontenashi, at least, was in full effect.