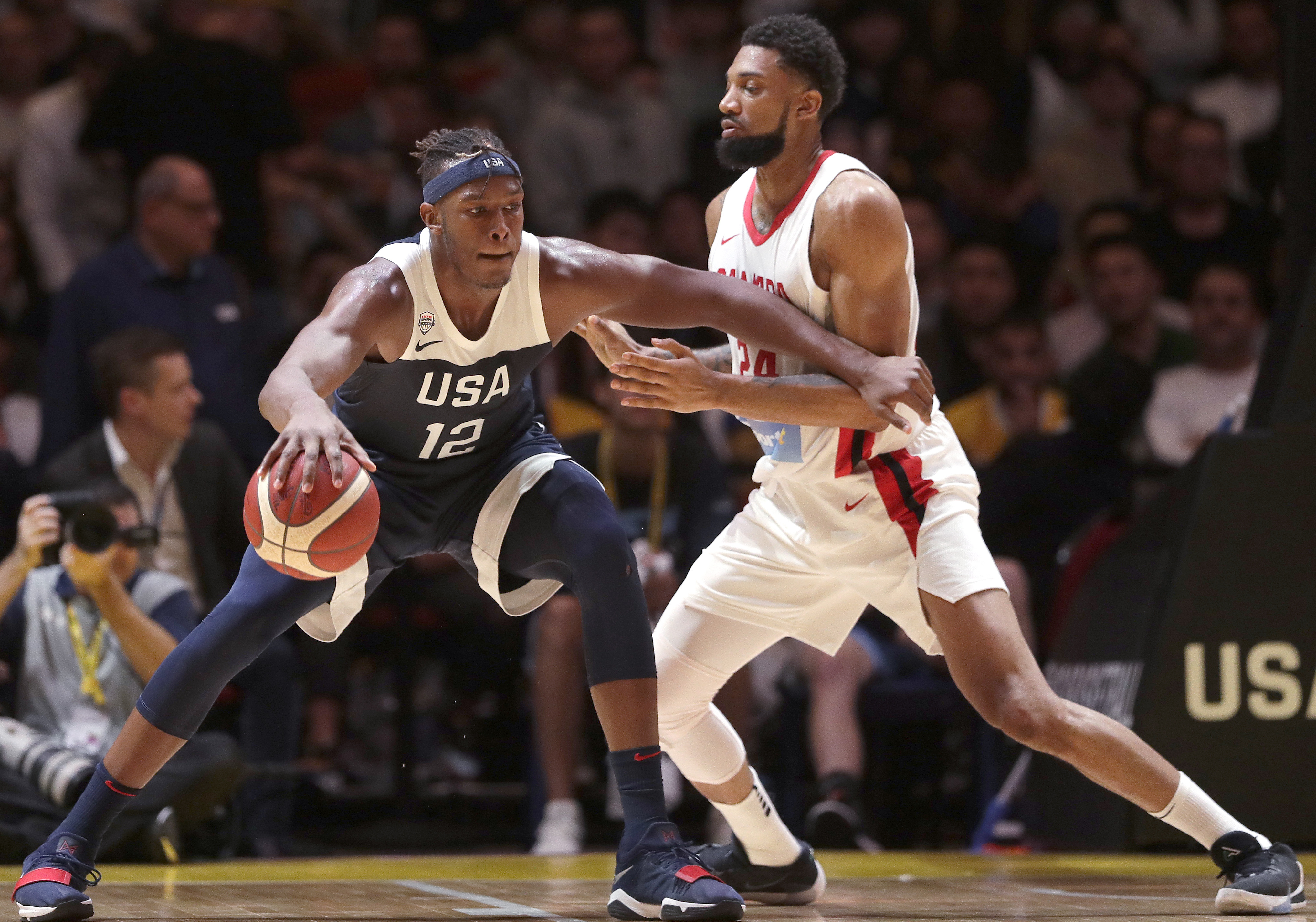 Team USA's exhibition match with Canada in the lead-up to the FIBA World Cup was among the games included in a new streaming deal between USA Basketball and Twitch. Photo: Rick Rycroft/AP Images

Twitch is known for its longtime role as an online platform in esports, where players can build a following and fans can watch events from around the world, either in real time or after the fact.

But the growing platform hasn’t ventured too far into the Olympic landscape until a recent announcement that it would become the official streaming partner of USA Basketball.

As part of the agreement, Twitch has already carried Team USA exhibition matches in the lead-up to the upcoming FIBA World Cup in China. The deal will also cover several other events, including select USA Basketball 3×3 events, several USA Women’s National Team friendly matches and the 2020 Nike Hoop Summit. Men’s and women’s training camp sessions and other USA Basketball events, possibly in the lead-up to the 2020 Olympic Summer Games, will also be included in the coverage.

For USA Basketball and for Twitch, the agreement marks a bit of a departure.

Jim Tooley, CEO of USA Basketball, said he began thinking of the possibilities at a recent NBA Tech Summit, where he learned details of the NBA’s partnership with Twitch as the platform for the NBA 2K esports league. Conversations with USAB’s partners at the NBA opened the door to Twitch, which was appealing to Tooley on a number of levels.

The national governing body, he said, has long been focused on the elite end of the spectrum when it comes to its broadcasting deals for the national teams. But new events and new teams are being created in the sport, including the introduction of 3×3 at the 2020 Olympic Games.

“As we’ve been creating these different assets and events, our strategy was to try to get someone to tell the holistic story of what’s going on within USA Basketball,” Tooley said. “We’ve talked to a lot of people in the content business for the past several years. Twitch was very interested in picking up the streaming for a myriad of events.”

Twitch’s prior arrangements with the NBA include streaming NBA G League games in addition to NBA 2K. It is also a streaming partner of the Jr. NBA Global Championship. As part of the deal with USA Basketball, the platform intends to incorporate new elements, such as interactive custom overlays, in an effort to provide fan-engagement opportunities and enhance the live game-viewing experience.

“The NBA was one of our first partners outside of gaming, so we’re very familiar with thepassion of their fans,” Michael Aragon, Twitch’s senior vice president for content, said in a release announcing the partnership. “Twitch and USA Basketball is a perfect fit for multiplayer entertainment.”

While USA Basketball as an organization has yet to delve into esports, Tooley noted that there may be opportunities down the road. “Other than having our athletes involved in games like 2K, we haven’t done a lot, and that’s probably another frontier we need to explore,” he said.

But for now the NGB is looking forward to telling its athletes’ stories in news ways via an entirely new platform.

“It’ll be interesting to see where it all goes,” Tooley said. “From our standpoint we’re trying to get participation in the sport out on the court, but at the same time you want to grow interest and a fan base and you’ve got to look at a variety of ways to do that.”