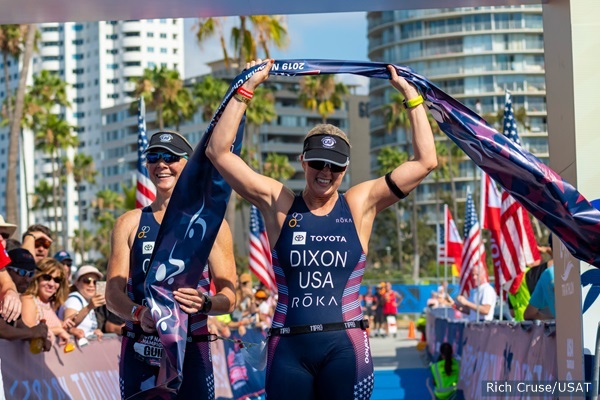 USA Triathlon intends to increase its collaborative push to grow the sport in 2021, vowing to increase its presence among multiple sports to get more people interested in participating.

During a state of the industry report at the national governing body’s Endurance Exchange virtual conference, USAT CEO Rocky Harris said while triathlon saw 7 percent growth in membership in 2018–2019 after years of decline, the pandemic hit the NGB hard with a 40 percent drop in revenue. The coming year, he said, is looking positive and work with all stakeholders in the industry should help fuel growth.

Key to that recovery, Harris said, will be working to raise triathlon’s profile by being more active in the individual swimming, cycling and running industries that make up the sport, as well as embracing other other multisport interests. In the past, even organizations within the triathlon community have worked in siloes, he said, something that has been to the detriment of the sport’s growth.

“Collaboration should be our theme in 2021 as we focus on helping the sport recover and thrive into 2021 and beyond,” he said. “The only times we’ve seen declines in our sport is when we stop collaborating and have an isolationist view of our sport.”

To demonstrate that openness, the NGB announced a partnership with Pocket Outdoor Media, publishers of Triathlete Magazine, in which they will produce a joint magazine for all USA Triathlon annual members and Triathlete subscribers, with content also available from the publishing company’s other magazines in outdoor sports.

Goals Include Esports and Rebrands

Among other goals for the sport in the year to come, Harris said, are embracing technology, including video gaming and esports. “We would be foolish not to align ourselves with the fastest growing ‘sport’ among youth,” he said. “Egaming is a long-term strategy.”

The sport, in general, he said, is in need of a rebrand and repositioning. The general public associates triathlon with the long form of racing made popular by Ironman in the 1970s and 1980s, even though 75 percent of sanctioned races are the short-course version of the sport, he said. Those shorter races, he said, are more accessible to people who would like to try triathlon for the first time. “It’s up to all of us to set the record straight and reposition the sport,” he said.

Other versions of the sport such as duathlon (running and biking) or aquathlon (swimming and running) also need a reboot, he said. “We need to rebrand the formats,” he said. “They’re terrible names—nobody understands them.”

“It’s up to all of us to set the record straight and reposition the sport.”
Rocky Harris/USA Triathlon

With the Olympic Summer Games on the horizon and triathlon adding a mixed-gender relay, USAT also hopes to do a better job capitalizing on the sport’s visibility during the event, something Harris said the NGB has been unable to take full advantage of in the past. Better storytelling about the athletes will help that cause, he said.

As for the likelihood the Games will take place after recent concerns raised in Japan, Harris said USAT expects the event to continue as planned. “We’re confident that the Games will happen this year,” he said. “Everything is driving toward that.”

Ironman Optimistic for its Races

Meanwhile, one of the sport’s largest event organizers says it is ready to return to racing and believes by the end of the year, depending on infection rates, vaccination rates and loosening of travel restrictions that most races can happen.

“We are optimistic and hopeful and I believe that our philosophy in 2021 is going to be fundamentally similar to what it was in 2020,” said Ironman Group CEO Andrew Messick, “which is we are going to fight as hard as we possibly can to make races happen. We believe fundamentally with our safe return guidelines that we can operate safe events.”

In the first quarter, the global organization will focus its live events in areas where COVID-19 transmission rates appear to be most under control: Australia, New Zealand, Taiwan and Vietnam. After that, the ability to open races again will depend on the combination of virus prevalence, vaccination rates and travel restrictions. The last part will be as significant as the others, he said. “Can athletes, sponsors, volunteers and staff get to those places?”

The organization is working with host cities, he said, to make sure events can proceed when destinations are ready. “We fundamentally believe when a community feels it is safe to host events again that we will be able to safely execute our races,” he said. “That is what our athletes continually tell us they want.”