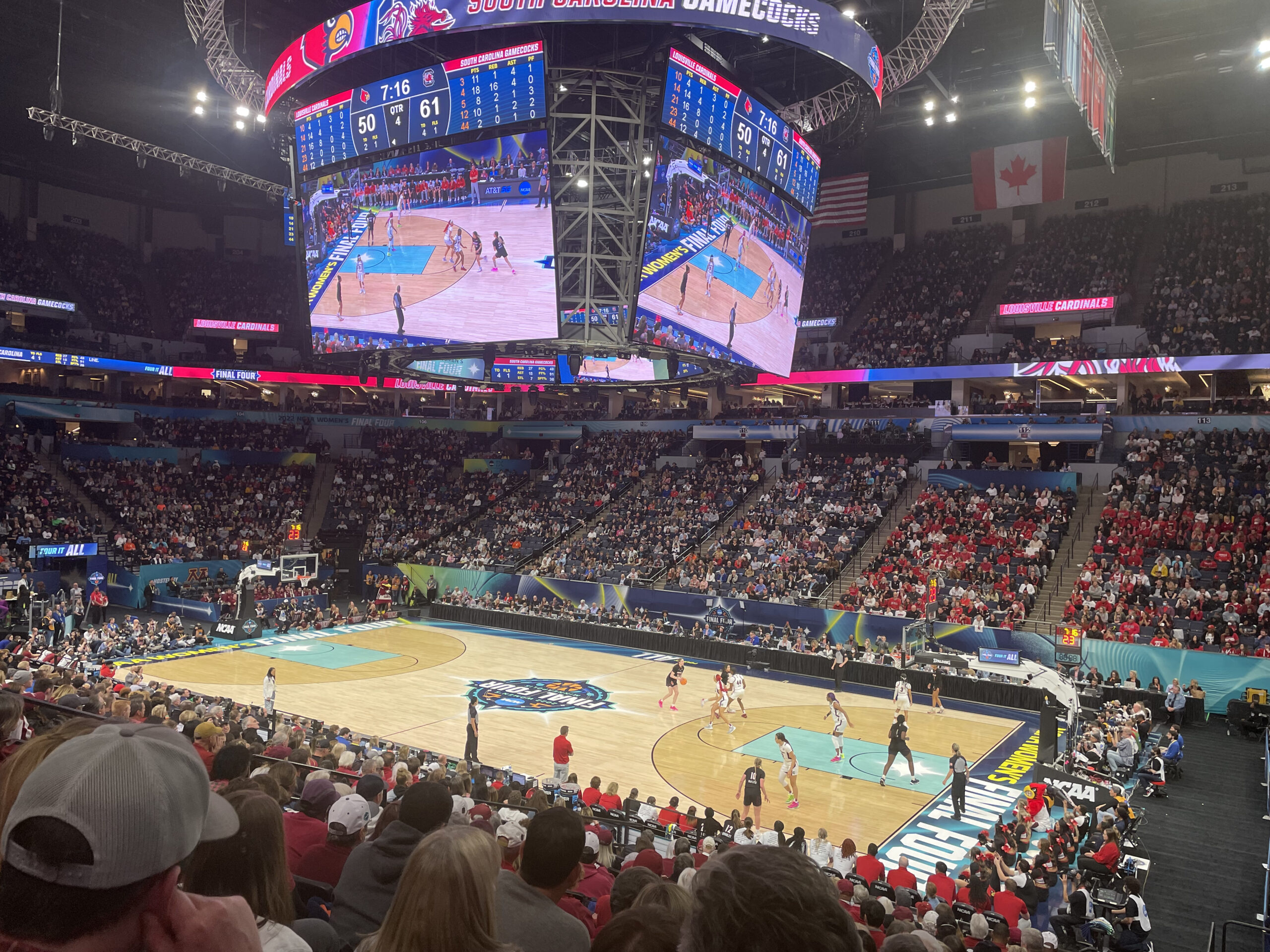 The 27-year wait was worth it for the basketball-mad region of Minneapolis-St. Paul after a Women’s Final Four that was in many ways the first major event that the city was able to organize since the pandemic.

More than 36,000 fans attended games at the Target Center between the two semifinals on April 1 and championship on April 3. There were thousands more at the nearby Mall of America, where multiple Title IX activations were located, and in downtown at the Minneapolis Convention Center for Tourney Town with sponsorship activations, a display for the history of NCAA women’s basketball and on Saturday, an open practice for the USA Basketball women’s national team. Both South Carolina and UConn held open practices on Saturday afternoon as well.

“We’re just really proud of the event and the impact that it had on our community, not only the economic impact with the number of visitors that came to town and stayed in our hotels really across the region,” said Matt Meunier, senior director of sales and operations at Minnesota Sports and Events. “I think everyone just has a greater appreciation for these events coming out of the last two years and what we’ve all been through not just locally, but around the country.”

Meunier said the free events were part of the destination’s pitch to the NCAA: “We needed community access because there’s going to be so much demand in our market for people who want a Women’s Final Four experience, we wanted to make it accessible to everyone. The NCAA was really receptive to those free, fan-centric events all throughout the region over the course of basically the week and we’re all really excited how everything turned out.”

Minneapolis also got significant media attention with more credentialed press on hand than ever for the Women’s Final Four. The national championship game drew 4.85 million viewers and peaked at 5.91 million, ESPN announced, the most-watched women’s championship since 2004.

“Women’s basketball has just exploded in Minnesota,” Meunier said, pointing to the success and tradition of the WNBA’s Minnesota Lynx and the University of Minnesota, along with the return of hometown star Paige Bueckers of UConn during the Final Four. “If you look at the youth level, we’ve got the highest participation rate in girls basketball in the U.S. here in Minnesota.

“All these young girls in Minnesota, they wanted to come see Paige because they think, hey, she’s just like me. She grew up here in Minnesota and now she’s playing for a national championship. It’s an incredible story and inspirational. That authenticity about girls and women’s basketball is real here in Minnesota.”

All of the off-court activations for fans were also designed with a purpose after a law firm hired to review gender equity issues at NCAA championship events outlined differences between the men’s and women’s events both historically and specifically during last year’s NCAA Tournaments. It made this year’s event in Minneapolis watched by more eyes than perhaps ever to ensure that the presentations between the two events were not disparate.

“We were very mindful of the comparisons and really the eyes that were on us,” Meunier said. “With every detail we were asking ourselves ‘from a gender equity perspective, how does this compare to the men?’ … for the women to know that they were getting the same caliber of treatment as the men’s tournament, it really mattered this year. So we are very proud at the plan that was executed and how it went off here in Minneapolis.”

Equality extended to every branch of the tournament’s presentation, including the various Marriott hotels that were booked full thanks to the hotel chain’s partnership with the NCAA. Julius Robinson, the chief sales and marketing officer, U.S. and Canada for Marriott, told the SportsTravel Podcast that preparations for the local hotels and NCAA started nearly a full year before the Women’s Final Four.

“We did everything in partnership with (the NCAA), making sure that we had signage placed in all of our hotels to really show the power of the relationship,” Robinson said. “Even beyond what happened last year, for us it’s really about that power with the number of hotels that we have in these markets, our Bonvoy relationship, and all the many millions of members that we have out there to make sure that people understand we have a partnership like this with the NCAA.”

There will still be attention on how the NCAA handles future women’s championships. Next year’s event will be in Dallas with Divisions I, II and III all holding their championships simultaneously. NCAA president Mark Emmert declared before the Women’s Final Four that he was happy with the institution’s progress, including the use of “March Madness” by both events and expanding the women’s tournament field to 68 teams. Still, three congressional lawmakers sent a letter to Emmert in March accusing the NCAA of making “inadequate progress” in addressing “historically disparate” treatment of men and women athletes.

“Every coach that I’ve talked to that’s participated in the Final Four — and I’ve talked to quite a few after the report came out — not a one said we should have both Final Fours at the same place,” UConn coach Geno Auriemma told The New York Times.

The Final Four bid process for men and women is ongoing for sites through 2031 with an announcement expected by the end of the year. Meunier said Minneapolis is “evaluating both bid opportunities right now and we think our community would be a fantastic selection to, to welcome both events back.”

“We would defer to the NCAA,” Meunier said. “If that’s something they would consider, we would certain consider that option. I think we would enjoy any opportunity to welcome the Women’s Final Four back to Minnesota. And certainly our numbers support large attendance here in Minnesota for a Women’s Final Four. We’re open to ideas and we just want to bring them back as soon as possible.”