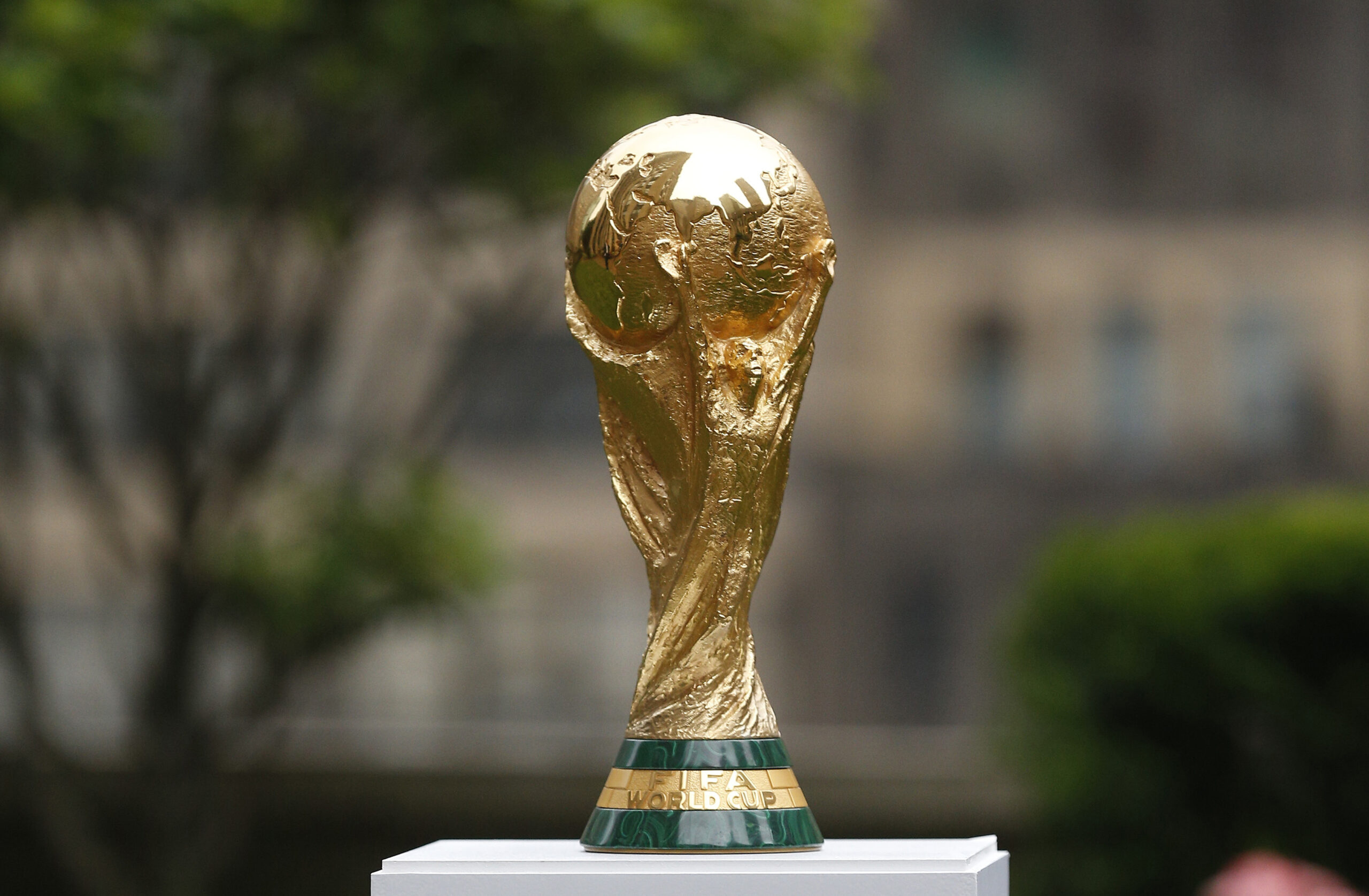 The 2026 FIFA World Cup Trophy is on display at Rockefeller Plaza in New York during the announcement of which cities would host the event. (AP Photo/Noah K. Murray)

FIFA has announced that World Cup ticket sales for the 2022 event in Qatar that starts in November have reached 2.45 million with more than 500,000 tickets still available with just under 100 days to go before the opening game that features the hosts against Ecuador on November 20.

Other than the host country, the leading country in terms of tickets sold is the United States followed by England, Saudi Arabia, Mexico, the UAE, France, Argentina, Brazil and Germany. The biggest number of allocated tickets were for group-stage matches such as Cameroon v. Brazil, Brazil v. Serbia, Portugal v. Uruguay, Costa Rica v. Germany and Australia v. Denmark.

About 2 million tickets were placed on general sale and 1 million were allocated for FIFA stakeholders such as member federations, sponsors and broadcasters, plus hospitality programs. The cheapest tickets for fans from outside Qatar are priced at $69 for the 64-game tournament.

During the last-minute sales phase, which will run from late September until the end of the tournament, tickets will be allocated on a first-come, first-served basis and confirmed immediately after payment. Fans who buy tickets are recommended to book accomodations immediately and also apply for a Hayya (Fan ID for the tournament) via qatar2022.qa, which alongside a valid match ticket is the only way to enter the country during the World Cup and will grant spectators access to stadiums and offer free public transport on matchdays.