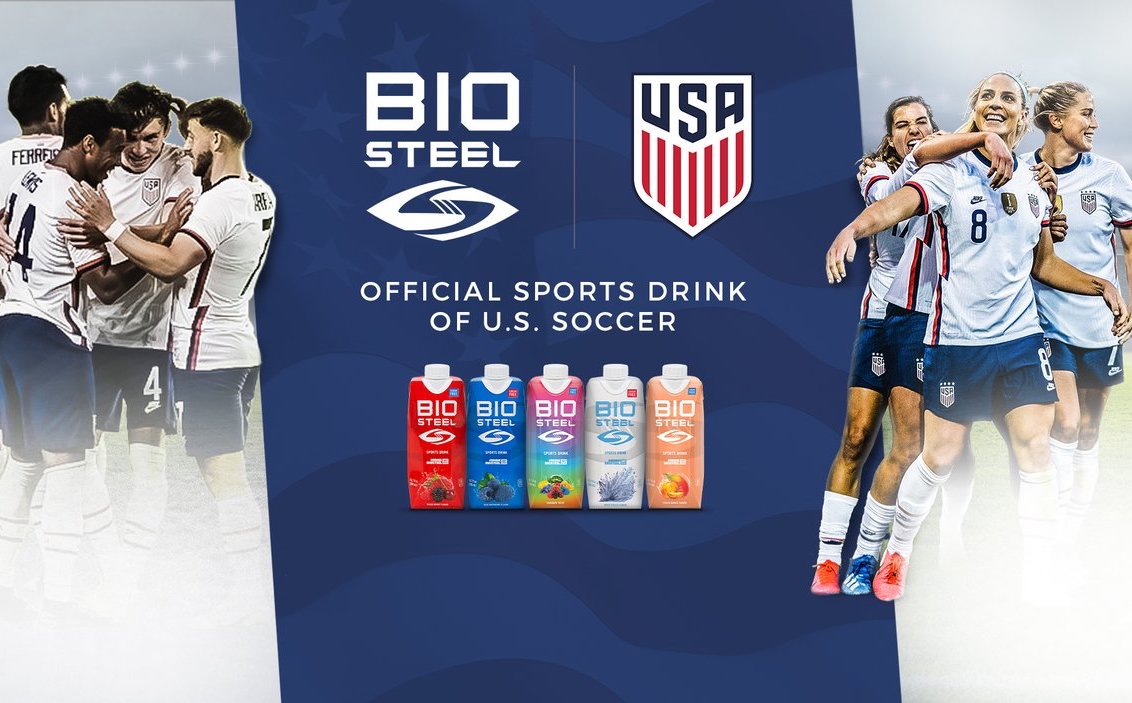 Sports drink BioSteel will become a multiyear partner of U.S. Soccer, starting their agreement at the SheBelieves Cup event in Orlando.

The SheBelieves Cup will be staged February 18–24, 2021, at Exploria Stadium.

“BioSteel is invested in the future of U.S. Soccer and commends the federation for making a healthier choice when it comes to hydration and the environment,” said Co-Founder and Co-CEO John Celenza. “Through this partnership, we are reaching a new demographic of consumers interested in making a better-for-you choice for not only themselves but their families.”

“BioSteel is a dynamic and emerging brand that is dedicated to supporting our bold vision for growth for many years to come,” said U.S. Soccer Federation Chief Commercial Officer David Wright. “Our shared partnership goals are anchored in our commitment to providing our senior Women’s, Men’s, Youth and Extended National Teams trusted hydration products with zero sugar in eco-friendly packaging, designed to help them perform at their best. Beyond our players, we’re also excited to collaborate with BioSteel on healthy hydration education for our thousands of coaches, referees and our membership organizations.”