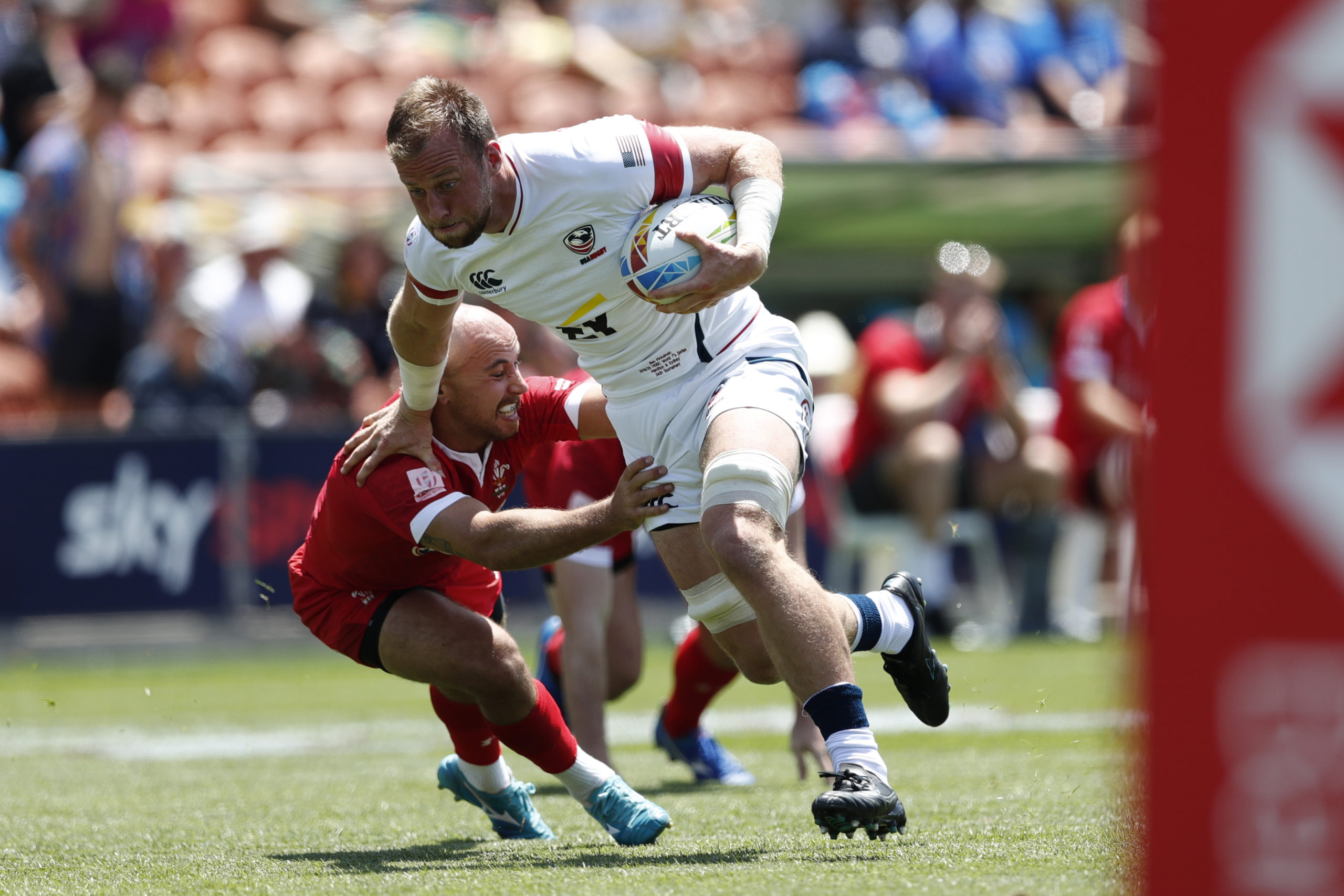 With participation on the rise and its status as an Olympic sport secure, rugby is looking to expand its brand as the LA Sevens brings the up-tempo, fan-friendly rugby sevens format to Los Angeles.

Dignity Health Sports Park in Carson, California, will host 16 national teams in a two-day event February 29–March 1 that features the version of rugby that has seven players from both teams playing in seven-minute halves, allowing for dozens of games to be played in one day.

“It’s a real easy way to pick up the game and see the game and it’s perfect for the American attention span,” AEG Rugby Director Dan Lyle said.

The sport also is coming of age in the United States, with the men’s national team having won the past two sevens events held on home soil. Both the men’s and women’s teams are ranked in the top six in this year’s HSBC World standings. The Los Angeles event, part of the HSBC Sevens Series, had spent the previous 10 years in Las Vegas before the decision was made to move to Southern California.

“The USA is at the heart of the success story and their teams have made very strong progress in recent years with both men and women finishing runners-up in the 2019 series,” said World Rugby Chief Executive Officer Brett Gosper in a release. “We look forward to working closely with Los Angeles, a future Olympic host city, as rugby sevens continues to win new fans and go from strength to strength.”

That Los Angeles will host the event eight years ahead of the Olympic Summer Games is not a coincidence. Hosting now at what will be the rugby sevens venue for the 2028 Games is part of the plan to get into the market with plenty of time to establish roots. “We’re giving a lot of people a snapshot both organizationally and functionally of what they’ll see,” Lyle said. “That was part of the reason that we made the move with all the improvements to an already pretty fantastic venue and ability to navigate L.A.”

Being in Carson is also a return to the event’s roots. The inaugural USA Sevens was held at the venue in 2004 and stayed there for three years before moving to San Diego in 2007. From there, the event went to an older venue—Sam Boyd Stadium in Las Vegas—in 2010, where it stayed for a decade. But with Allegiant Stadium rising on the Las Vegas Strip, making Sam Boyd Stadium’s future uncertain, the opportunity arose to move the event to the Los Angeles area.

“There was a potential story to be told with the L.A. Olympics,” Lyle said. “Dignity Health Sports Park is the venue for the Olympic Games, it’s a more international audience, and in the 13 years since it’s been in L.A., the growth of rugby is exponential. The sponsors—HSBC, DHL, Capgemini—they were excited about the ability to use a major market where they have multiple retail establishments and all the things they didn’t have in Las Vegas.”

Lyle said AEG Rugby talked with the Los Angeles Sports and Entertainment Commission and LA Tourism to make sure they would be able to make the event one that extends beyond the field as well. To that end, Lyle said, they will have an “adopt a country” program in which the 16 participating teams will be going into 16 schools to teach kids about the sport, along with a math literacy program.

“At the end of the day, you want more kids and adults attracted to the game, and we’ll have significant traction to work with the groups there to do that,” Lyle said.

And the traction not only comes from the fast-paced version that is rugby sevens, but also from being an Olympic sport. The 2016 Summer Olympic Games was the first time rugby had been in the Olympics since 1924.

“The Olympic Games is one of the things that every four years, everybody stops and watches. It’s something that kids aspire to be at and companies want to be involved with,” said Lyle, adding that once rugby was approved as an Olympic sport in 2009, NBC came aboard as a television partner and has since brought the sport to a wider audience.

Format • Top two in each group advance to the quarterfinals