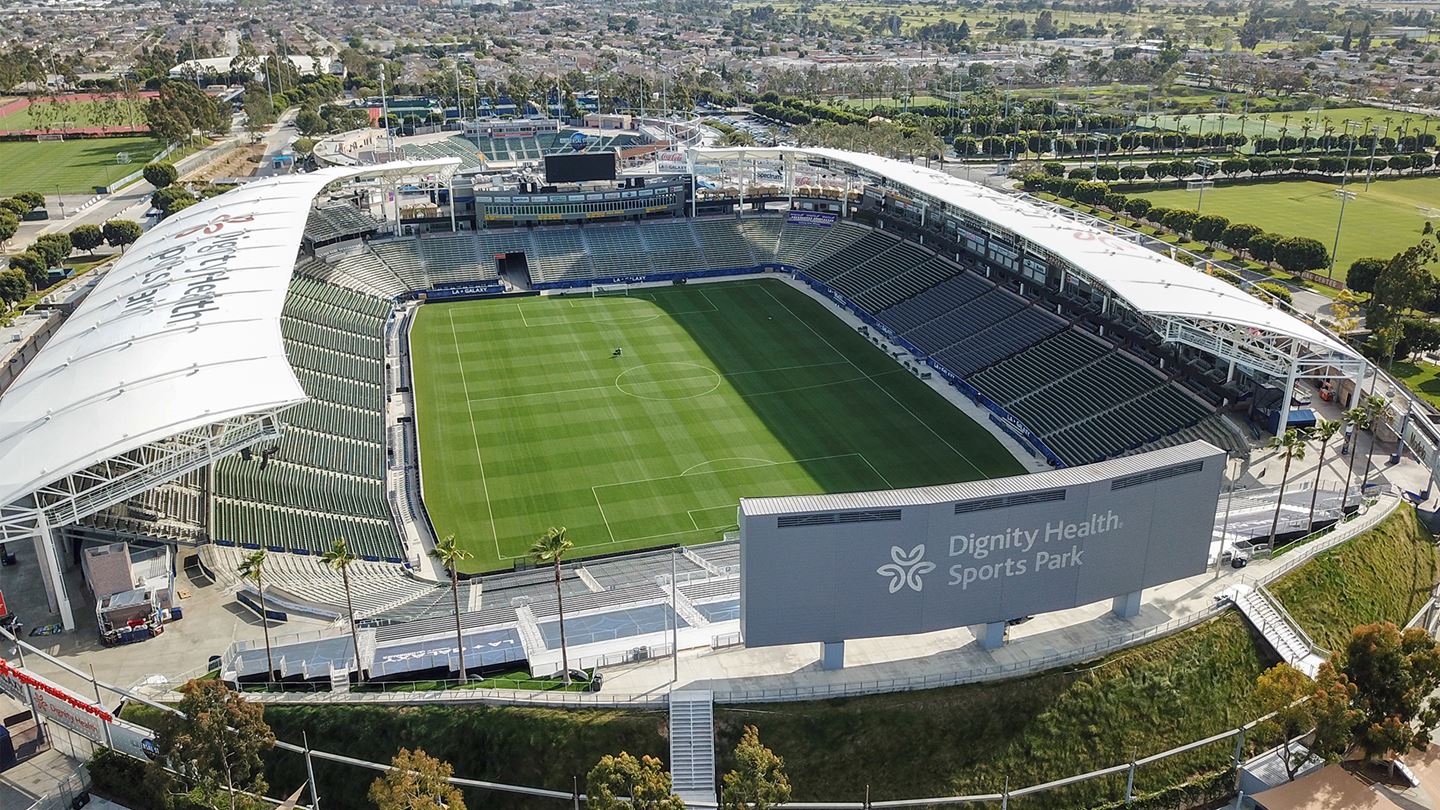 San Diego State football, which like the rest of the Mountain West Conference is not playing this fall, will spend both the spring and fall seasons in 2021 playing home games at Dignity Health Sports Park in Carson, California, so that construction work on a new downtown San Diego stadium can progress toward a potential 2022 opening.

The Aztecs’ former home, SDCCU Stadium, will be replaced by a new stadium as part of the SDSU Mission Valley project. In addition to a 35,000-seat stadium for Aztec football, the project also includes a mixed-use development. The decision to not deconstruct SDCCU Stadium earlier than anticipated will also benefit the timeline for the project to move ahead quicker.

Dignity Health Sports Park hosted the Los Angeles Chargers from 2017–2019 and the XFL’s Los Angeles Wildcats in the spring of 2020.

“Once the sale of the site was finalized with the city and we knew we could play football in Aztec Stadium in fall 2022, based on all the information we had gathered, it became clear the existing stadium had to come down in the first quarter of 2021,” said San Diego State Athletic Director John David Wicker. “Our intention had been to play a final season in SDCCU Stadium. Unfortunately, COVID-19 has forced our hand and we must move the spring 2021 games as well.”

The Aztecs previously played at SDCCU Stadium, which opened in 1967. San Diego State’s first game in the facility was September 15, 1967; it went 4-2 at home last season in, it turns out, its final season at the venue.

“Although I am disappointed that we will not be playing our home games in San Diego next year, I remain incredibly excited about playing in our new stadium in the fall of 2022,” Wicker said. “While we wait for completion of this transformational facility, I am thrilled that Aztec fans will be able to cheer on our team while enjoying a remarkable game-day college atmosphere. The staff at Dignity Health has experience running marquee events and our staff looks forward to working with them to make this a great experience for our supporters.”

The Mountain West has not announced what a spring 2021 schedule would look like. The fall 2021 schedule includes seven home games including matchups with Utah, Boise State, Fresno State, New Mexico, Nevada, New Mexico State and Towson.

Dignity Health Sports Park is the home for the Los Angeles Galaxy of Major League Soccer. The 27,000-seat venue has also regularly hosted a series of other major sporting events since its opening in 2003.