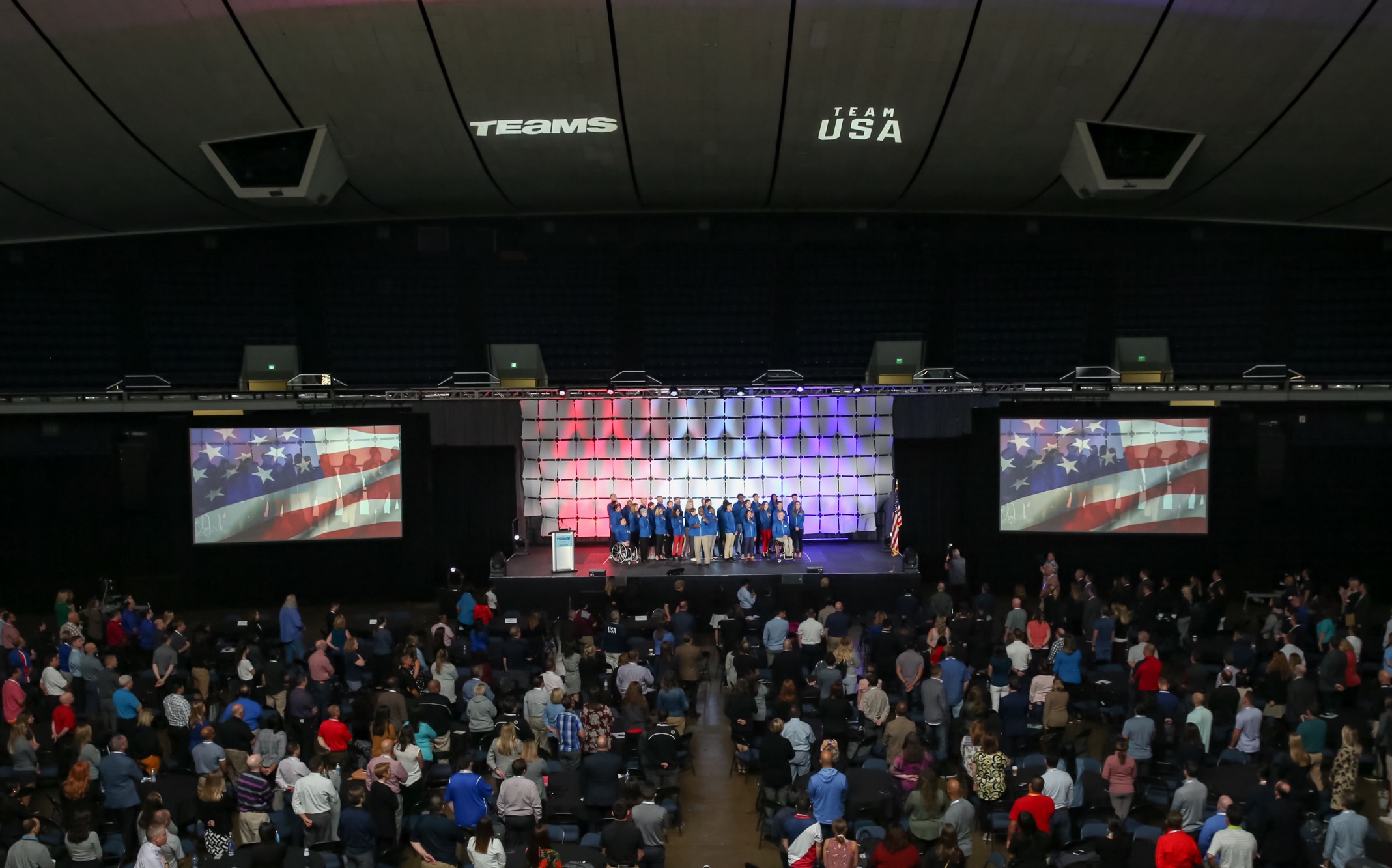 Dozens of Olympians and Paralympians took the stage at the opening session of Olympic and Paralympic Sportslink at TEAMS '19 in Anaheim.

The United States Olympic & Paralympic Committee and Northstar Meetings Group, a division of Northstar Travel Group, have announced a multi-year extension of the agreement that makes the TEAMS Conference & Expo the exclusive home to the USOPC’s annual Olympic and Paralympic Sportslink and National Governing Body (NGB) Best Practices Seminar. The USOPC’s Sportslink, which has been held in conjunction with TEAMS since 2018, is an opportunity for the organizations that make up the U.S. Olympic and Paralympic movements to network with destinations, venues and other event suppliers interested in hosting sports-related events.

“This agreement is a win for all of the Olympic and Paralympic sports organizations in the United States as Sportslink and the NGB Best Practices Seminar will continue to be held in conjunction with the preeminent annual sports-event industry conference,” said Rick Adams, USOPC chief of sport performance and NGB services. “Team USA holds a special place in communities across the United States and we thank and honor those places where America’s elite athletes train and compete.”

“We are pleased to continue to serve as the home for the U.S. Olympic & Paralympic Sportslink and NGB Best Practices Seminar and to support the team behind Team USA,” said Timothy Schneider, founder of both SportsTravel magazine and the TEAMS Conference & Expo, and chairman of Northstar’s Sports Division. “As the largest annual gathering for sports-event organizers, TEAMS is also proud to be the home of one of the largest annual gatherings of the U.S. Olympic and Paralympic movements.”

Both Sportlink and the NGB Best Practices Seminar are scheduled so that Olympic and Paralympic sports organizations can participate fully in the TEAMS Conference & Expo. While the NGB Best Practices Seminar is open only to the executive leadership of the national governing bodies that support Olympic and Paralympic sport in the United States, the U.S. Olympic & Paralympic Sportslink programming is open to all TEAMS Conference attendees.

“Our support of the USOPC and Team USA is longstanding, and we’re delighted that the Olympic and Paralympic movements are continuing to partner with TEAMS,” said Schneider. “We are also excited that our partnership will continue to serve the interests of all of the Olympic and Paralympic related sports organizations as well as the TEAMS Conference exhibitors and sponsors who want to do business with them.”

Upcoming Dates and Locations of the TEAMS Conference & Expo: