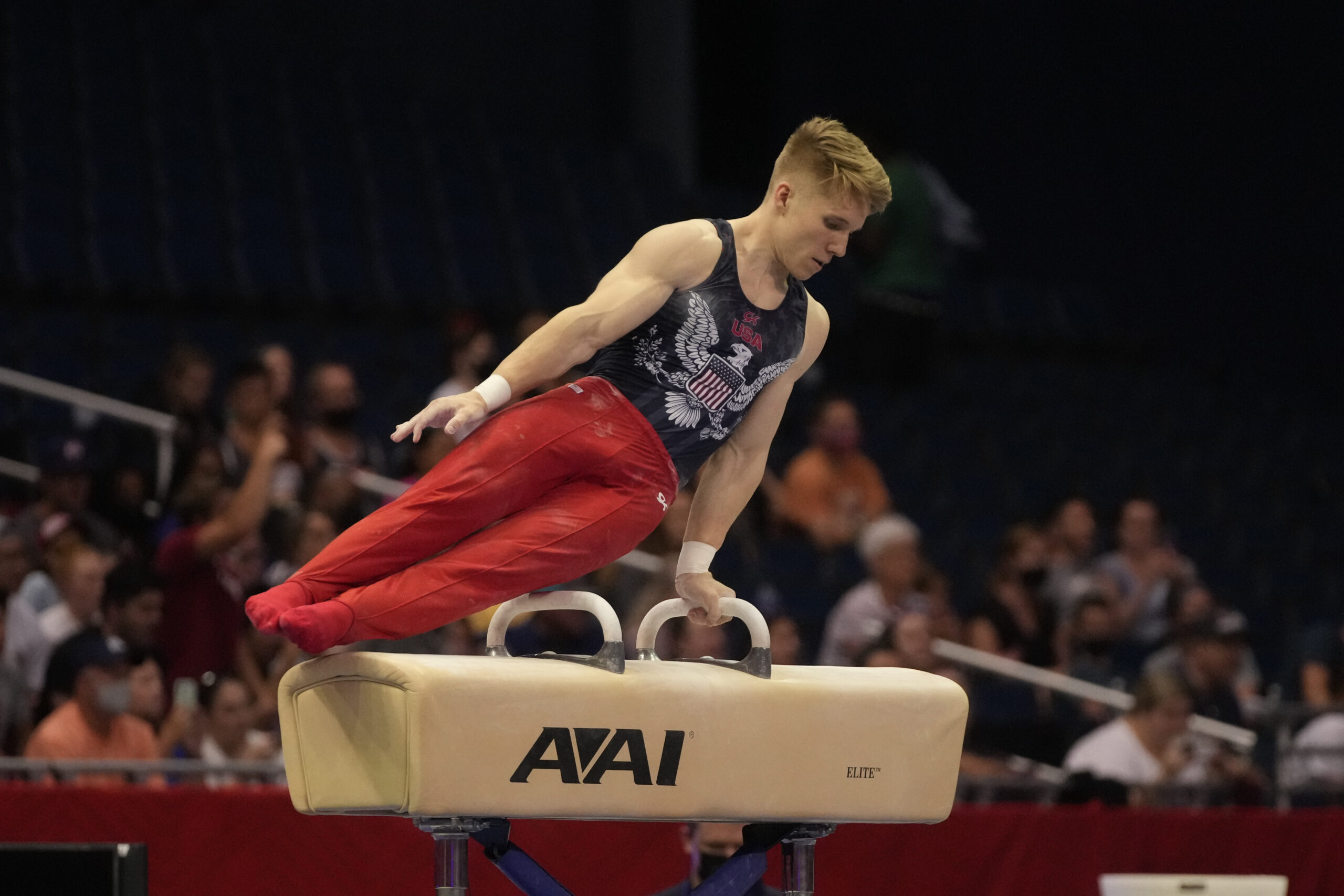 Shane Wiskus competes on the pommel horse during the men's U.S. Olympic Gymnastics Trials on June 26, 2021, in St. Louis. Wiskus advanced to the Olympic Summer Games in Tokyo after his college, Minnesota, dropped men's gymnastics as a sport. (AP Photo/Jeff Roberson)

When the United States sent 613 athletes to Tokyo, 463 of them — more than 75 percent — came from the college sports system. But the issue of non-revenue or Olympic sports’ place in the college sports system has been debated more than ever before. According to the Business of College Sports, 112 sports have been cut at the Division I level during the pandemic across 35 colleges and universities; 37 of those have been reinstated.

In one question from a survey sent by The Associated Press to Division I college athletic directors across the country in April, nearly 65 percent of those who responded said “Yes” when asked if the U.S. Olympic and Paralympic Committee should pay part of the bill to the universities that run sports programs that, in turn, feed the U.S. Olympic pipeline.

“We are incredibly excited about these recommendations, motivated to see them put into practice, and grateful to all of our USOPC Think Tank members for dedicating their time and energy to this important effort,” said USOPC Chief Executive Officer Sarah Hirshland. “These recommendations lay the foundation for greater partnerships moving forward, and together we can work to keep Olympic and Paralympic sport opportunities strong on campus.”

The group also outlined implementation steps, many of which require collaboration with the NCAA governance structure.

“The USOPC Think Tank is proud to move these ideas into action with the NCAA national office and membership,” said Scott Stricklin, University of Florida athletic director and USOPC Think Tank co-chair. “Now is the time to think creatively to preserve our broad-based collegiate sports infrastructure.”