In recent years, Ironman has been in acquisition mode. One of those purchases involved three former Rev3 races, including a 70.3 triathlon held in Williamsburg, Virginia. After fulfilling a commitment to hold the 2019 event in May, Ironman decided to shift the event to midsummer, something the colonial city’s already bustling summer tourism scene couldn’t accommodate.

In stepped Virginia’s Blue Ridge, a regional destination centered on Roanoke that recently launched a sports marketing effort. Ironman was looking for a new home, and Roanoke was looking for a big event: It was a perfect match that resulted in Ironman announcing the formation of the Carilion Clinic Ironman 70.3 Virginia’s Blue Ridge. The only 70.3-mile event in Virginia, the first event in a multiyear commitment will be held June 7, 2020. 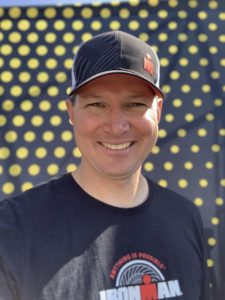 “Roanoke really wanted us to be there,” said Keats McGonigal, a senior regional director for Ironman. “They obviously get events of the size and scale we operate on, and they’ve been fantastic hosts for us so far.”

To back up that point, McGonigal pointed to several factors, including an example of how a title sponsor can do more than just attach its name to an event. Carilion Clinic, a nonprofit healthcare provider that is one of Roanoke’s largest employers, has the title sponsorship. But the company, which serves more than 1 million people in Virginia’s Blue Ridge and southwest Virginia, wanted to do more. So each of the event’s aid stations—which at most races are staffed by paramedics or nurses—will have a doctor present.

“They’re going above and beyond in terms of what we would normally request for medical providers,” McGonigal said. “If any of the athletes are feeling like they’re having issues, we’ll have doctors all over the course. For a handful of our athletes, it’s going to mean something.”

Clinic officials said they were excited about the chance to attach the company’s name to the race, which is expected to draw 2,500 athletes. “We knew this would provide us with a very special opportunity to showcase one of the region’s greatest assets—the outdoors—to a national and international audience,” said Dr. Thomas Miller, vice chair of orthopedics and chief of sports medicine at Carilion Clinic and chairman of the Ironman Global Medical Advisory Board, in announcing the deal. “Having participated in Ironman and worked with their organization, I know they are highly sought-after events by cities of all sizes around the world. The selection of Virginia’s Blue Ridge region as an Ironman host is a remarkable accomplishment and opportunity.”

Also new for people in the region will be the chance to swim in Carvins Cove Reservoir. (Biking portions will be held on 56 miles of rolling hills in Botetourt County ending in downtown Roanoke, where the running portion will then take athletes along the Roanoke River Greenway.) The reservoir is normally off limits to swimmers, although other forms of recreation are allowed. When Ironman officials were able to point to their successful use of other publicly managed reservoirs with similar restrictions, local officials were sold. “Through those conversations they felt we were bringing enough to the table in terms of water safety,” McGonigal said.

For Visit Virginia’s Blue Ridge, the arrival of this high-profile event comes less than two years after the creation of VBR Sports as its sports marketing arm. “Becoming part of Ironman’s elite global race series further establishes our region as a premiere sports destination on a national and international level,” said Landon Howard, president of Visit Virginia’s Blue Ridge, in announcing the event. “We are ecstatic to host Ironman athletes and visitors for this inaugural race and look forward to introducing them to our beautiful mountain destination.”