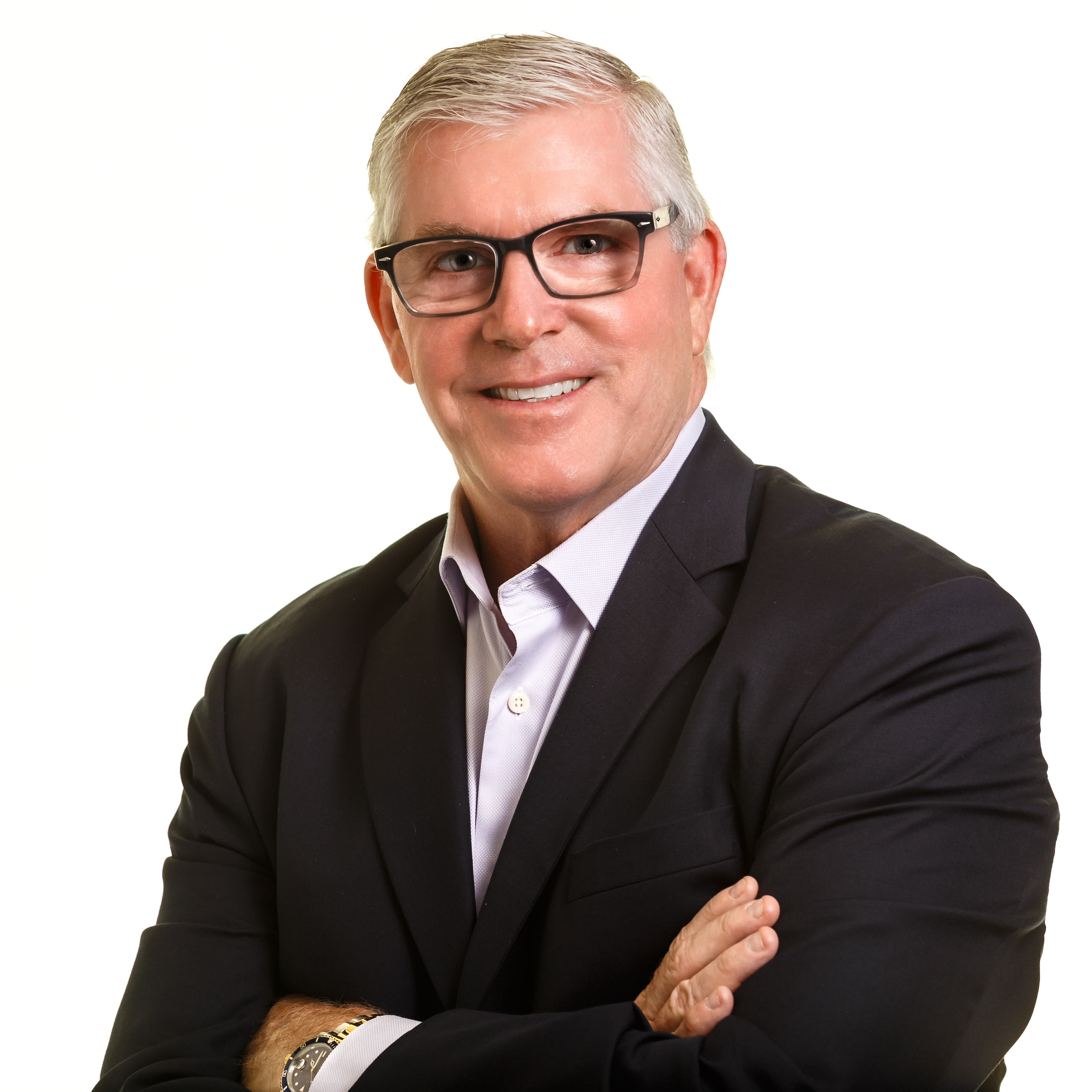 Don Welsh, the president and CEO of Destinations International

When Don Welsh took over as president and CEO in 2016 of what became Destinations International, there was plenty on his plate. Two years later, with a new name for the organization and a new commitment to its members, the former leader of the convention bureaus in Chicago, Indianapolis and Seattle is continuing to forge a path ahead. And part of that path includes potential new partnerships within the sports-event industry.

Earlier this year, Welsh and Al Kidd, the new president and CEO of the National Association of Sports Commissions, began a dialogue to discuss ways the two groups could work together. For starters, that may include—for the first time—an agreement on a common method to calculate the economic impact of sports events in a host community. In this Q&A with SportsTravel’s Jason Gewirtz, Welsh and Kidd discuss where their organizations are headed, how they might partner together and the importance of accurate economic-impact data.

Destinations International changed its brand last year from Destination Marketing Association International. How has the membership taken to the new identity?

The good news is this was about a nine-month process, probably almost a year if you go back. So people had the chance to look at it. They weighed in on it. We certainly presented the board with key milestones along the way, and I think the board felt as much ownership on this as a team could. We’re a global organization. We have partners in Europe, ECM, which has 105 destinations within Europe, and now we’ve gone into Canada with a strong alliance and partnership there, and we’re looking in Colombia and Mexico and others. The new name is a lot easier and understandable from a translation standpoint.

Destinations International and the National Association of Sports Commissions have begun a dialogue on ways to partner together in the future. What is the interest in that collaboration?

Al Kidd: When I first came in, we took a good hard look at the entire value chain around tourism. We started to look at what we were doing or what we should be doing as a trade association focused on sports events and tourism. The first call I made was to Don Welsh. Don and I didn’t know each other, but I flew to Washington and he graciously took me to lunch and we had a chat. What we found were some spots where we can both help each other.

At the end of the day, the goal is to find a better product for our members. So we set forward the motion to begin to do that. And the most common ground is an economic-impact calculator. We had one developed by another organization that, for a lot of reasons, wasn’t as effective as it possibly could be. And DI had one that they had developed and continued to evolve and improve and expand.

The key to all of this is that we have common members. Common members create an instant common ground. As a result of that, we said wouldn’t it be nice if we had a common economic-impact calculator that all of our clients could use so we could become the de facto industry standard? I think it’s a worthy goal to have, so that when you’re out there talking about impact, now we are using common language, common resources, common methodologies.

Is there a hunger out there from your members for better economic-impact data to justify the impact that sports events are bringing to communities?

Welsh: That’s a great question. I think the biggest thing we’re seeing in this political climate is that anytime you’re using any form of taxpayers’ money—in terms of taxes to fund an event, taxes to build an arena, taxes to solicit a Super Bowl or an Olympics bid—it’s fair that taxpayers know how that money is spent. More importantly, what’s the return on investment? This whole area of measurement is so critical. I think the industry has been striving to figure out how to do it. The sports commissions have their own economic model, and they look at things in a unique, different way. You have the destinations, the convention bureaus—our members—looking at things based on our economic-impact calculator data in a very specific way. Then you have the buildings and the arenas and the facilities hosting these events. So let’s say it’s a sports commission that brings an event to a city where all three of these entities are together. There’s been a high probability in the past that there are three different measurements.

Kidd: Don brings up a really important point, and that is the tax dollars and the taxpayers weighing in. It’s really important that markets have begun to look at what they are getting for their dollars.

“At the end of the day, the goal is to find a better product for our members. ” —Al Kidd

Part of the measurement right now has been focused on how do we arrive at a common way to evaluate economic impact. Oftentimes the anchor point is the hotel room. The one thing that I like to talk about in addition to that is media and public relations activities and articles, written stories and television time and everything else that’s often overlooked in terms of media value. Most sports commissions or CVBs don’t really get credit for the earned media and the media impact that these activities bring to their markets.

Is there a link between better economic-impact data and the work cities do to advocate for more funding to bring in more events?

Welsh: I think the whole subject of measurement is not going to go away. I think if anything it’s going to be more expected, and rightfully so. When you look at the cost of acquisition of some of these events now, whether it’s an NCAA event, an Olympic event, trying to bring Pro Bull Riders to a city—whatever it may be—if you’re using any form of government assistance, whether that’s taxes or public facilities, I think taxpayers in that destination have the right to say, “Did it make sense?”

When I was in Chicago, we were fortunate to bring the first NFL Draft that was held outside New York in about 50 years. It was a major undertaking by the city and it was a major undertaking by the NFL. It was highly, highly successful. So of course we had to do the back-end analysis. We did not use the economic-impact calculator on this because we felt as though we needed a little bit more of a media measurement.

Three months later, when [Mayor] Rahm Emanuel wanted to see how this thing really went, it did pretty well from an overall revenue production and it did well from taxes. It brought between $35 million and $40 million, which is probably the equivalent of a mid-size convention in Chicago, which is good. But it did $115 million in media value. In Chicago, the media spend there is about $2 million to $3 million a year. And the visibility that the destination received for its parks and its restaurants and its attractions and the event itself—Chicago could have never afforded something like that.

To get back to your question on advocacy, we could say this was one of the best investments the city could have ever made. And I think that’s why places like Philadelphia and Dallas looked at it. Not only will it generate typical economic-impact revenue, but it’s also going to bring great media exposure to that destination.

On the advocacy side, we’ve seen the bathroom bill controversy in North Carolina and other political legislation elsewhere have an impact on sports events. Would stronger economic-impact numbers give destinations more ways to advocate for their cause?

Kidd: There is a very distinct possibility that within the next year we’ll be working together from an advocacy standpoint on issues like bathroom bills and the travel bans some states have enacted and decisions made at the highest levels. Because those activities that affect Don and his team affect us. If there are travel bans or anything related to modifications on people coming into this country, that’s going to affect us too.

Welsh: To pick up on that point on the subject of advocacy, you’ve always needed advocates for what you want, but now advocacy means so much. The good news is U.S. Travel has a lot of research on the national level. But we’re partnering with them on certain things that are really important from the city or state standpoint. We’re the ones who get rather granular, because that’s our job.

I’ll use the importance of sports as an example. Not long after I started, North Carolina went into that spiral of House Bill 2 that you referred to. Guess what caused them to basically reverse sides to repeal that law? It was when the NCAA said, “If that’s the case, we’re never bringing another event to the state of North Carolina.” It took that state’s love of sports, particularly basketball, to do that. The common metrics now of measurement are that in many cases you can throw economic impact, jobs—the things that we’re trained to focus on—out the door. You better have an ideological positioning on your destination.

Do you see more collaboration in the future when it comes to Destinations International and the sports community in general?

Welsh: The more we see it, particularly in the world of sports, there is such an immediate opportunity for shared best practices, including a common potential reporting metric. I was involved in helping create the sports commission in Seattle when I was there with Ralph Morton. Of course, Indianapolis had everything all set in sports when I got a chance to go there. And then when I went to Chicago, I took really what I’d learned in Indianapolis and Seattle to set up the sports commission there with Mayor Emanuel.

“The more we see it, particularly in the world of sports, there is such an immediate opportunity for shared best practices, including a common potential reporting metric.” —Don Welsh

The whole thing is that if you’re not sharing best practices and collaborating, you’re just missing so many great opportunities right now. And I think that is the unique thing we’re seeing clearly and I’m seeing with other CEOs of industry organizations. We don’t all have the right answers, but I think when we get together in a room we can start looking at the objective. And then we can collaborate and put everybody’s individual objectives and egos aside and determine what the best thing is for our members.

This story is part of a special section on why sports matter. More related stories:

It’s Not Just a Game
She Shoots, She Scores