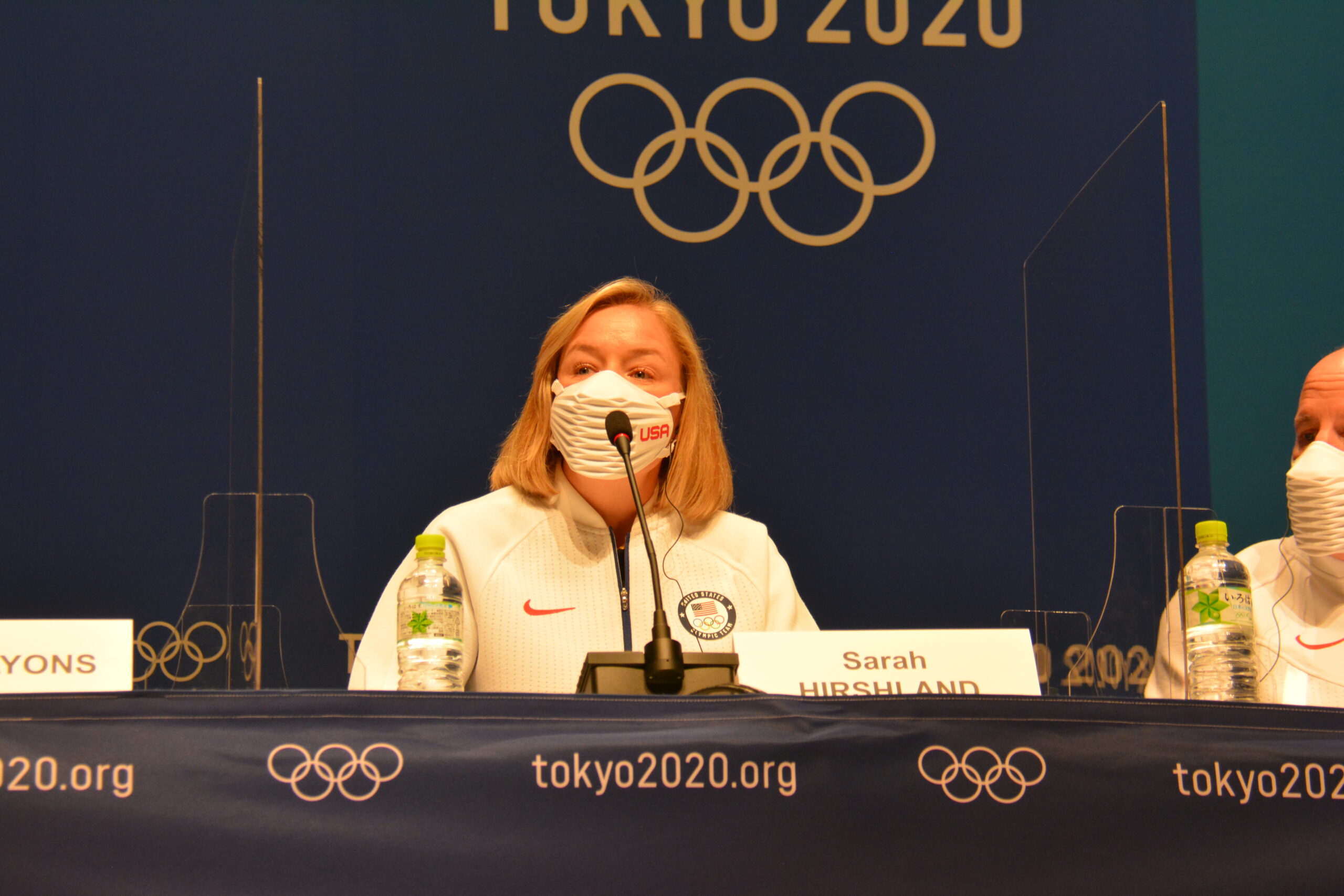 The United States Olympic and Paralympic Committee officially announced it will mandate full vaccination for athletes, staff and anyone using USOPC training facilities by November 1 ahead of the 2022 Olympic Winter Games in Beijing.

USOPC Chief Executive Officer Sarah Hirshland made the announcement on Friday morning after the organization’s board meeting, two days after her letter to athletes and others was obtained by The Associated Press. The U.S. is expected to send around 300 athletes to the 2022 Games and the mandate will affect the entire USOPC delegation to Beijing. Hirshland said the decision was supported by the National Governing Body and Athlete Advisory Councils and the USOPC is conducting town hall-style discussions on how the policy will be implemented.

“We were hopeful that we would be lifting COVID restrictions in the fall, but we know this pandemic is far from over,” Hirshland said, referring to the decision as based and driven by both science and the USOPC’s medical experts.

The mandate applies to more than just the Olympic Winter Games and extends to the Paralympic Games, Pan and Parapan American Games and Youth Olympic Games. Hirshland said NGBs are independently operated organizations and will be charged with making the best decision for their organizations should they decide to make vaccination mandatory for athletes competing at their respective Olympic Trials.

The USOPC differs from other professional sports organizations such as the NFL, NHL and NBA because those leagues have to negotiate collective bargaining agreements with their respective player unions. The NHL has an agreement to allow some of its players to compete in the Olympics; NHL Deputy Commissioner Bill Daly said he expects the league to be close to 100 percent vaccinated by the time the season starts in mid-October.

The USOPC said before the Olympic Summer Games in Tokyo that out of more than 600 athletes who qualified for vaccination ahead of the Games, around 83 percent of them got their shots. Hirshland said the COVID prevalence rate for the Team USA delegation in Tokyo was one half of 1 percent.

The International Olympic Committee did not require vaccination for athletes who competed in the recent Games in Tokyo, which was held under strict health and safety protocols. The IOC’s first playbook with health-related and other guidance for the Winter Games, is due next month and it is expected that Beijing’s protocols will be — at minimum — as strict as those in Tokyo, if not stricter. USOPC Chair Susanne Lyons said “it is entirely possible” that foreign fans will be banned from attending Beijing much like in Tokyo.

With a nod to the debate that has been ongoing over whether the U.S. should send a delegation to Beijing, Hirshland said “despite the political conversations and complexities that are likely to ensue, these Games are an opportunity we want to preserve for our athletes.”

The board meeting also included a review of Team USA’s performance in Tokyo on and off the field, with Hirshland saying that more than 800 athletes have participated in the USOPC’s Athlete Marketing Program with more than $2.6 million distributed and more than 1,000 commercial deals made. Hirshland also made note of the collegiate ties to Team USA and beyond — an area that has been under stress at the collegiate levels during the pandemic — by pointing out that 75 percent of the Team USA athletes and more than of the Paralympic athletes have or will compete at college programs, which “truly are the pipeline to our future.”

Hirshland also touched on the potential for a Salt Lake City bid to host either the 2030 or 2034 Olympic Winter Games. Fraser Bullock, the chief operating officer for the 2002 Olympic and Paralympic Winter Games in Salt Lake City and current president and chief executive officer of the Salt Lake City–Utah Committee for The Games, told the SportsTravel Podcast that the group is putting what he described as “polite pressure” on the USOPC and IOC with their intentions to bid for the Games. Hirshland said the USOPC has not made a determination “on a year to bid, if you will,” but are engaged with the IOC and its winter bid commission.