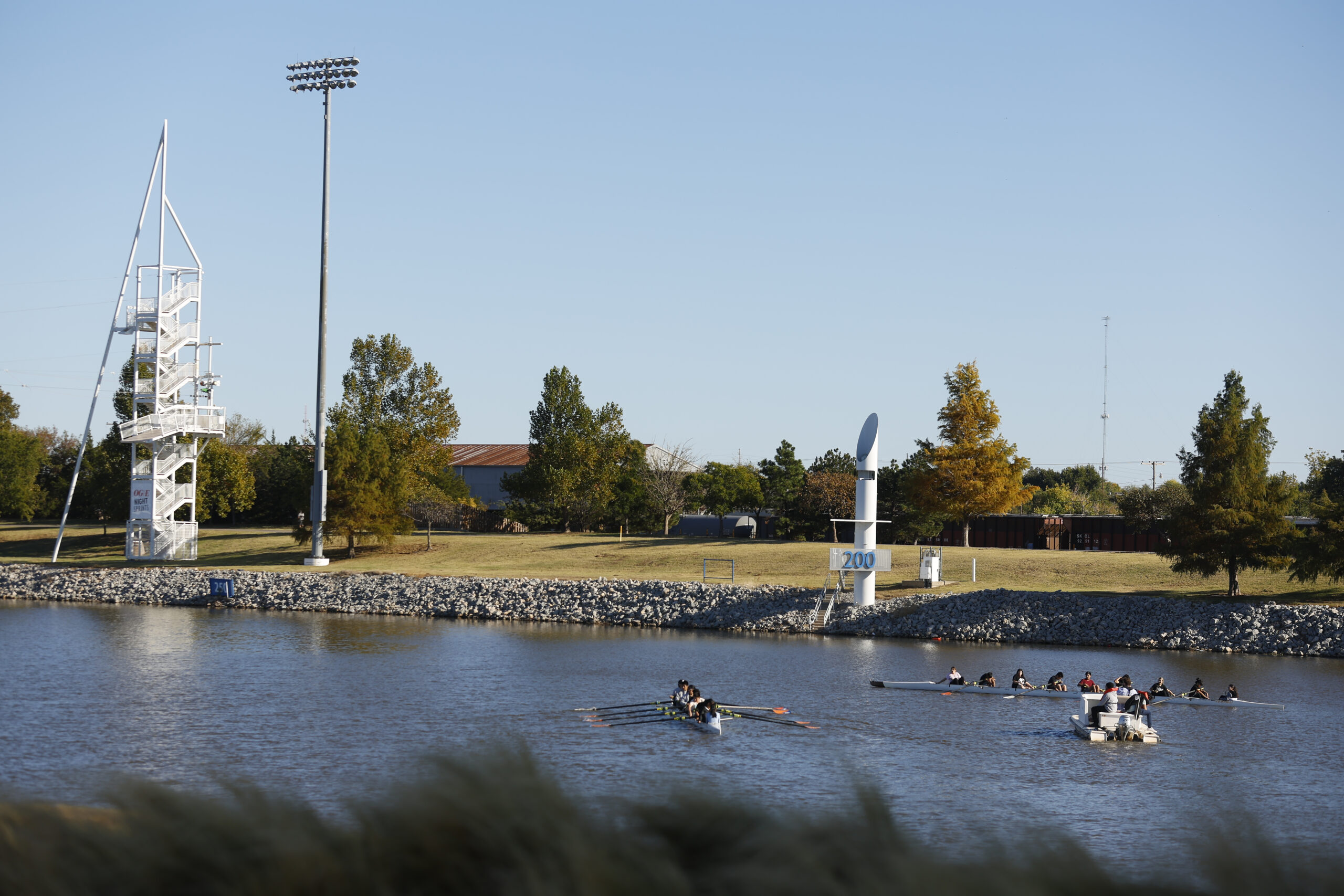 Kayakers practice at the OKC Riversport complex during an on-site visit by participants of the TEAMS Conference on October 26, 2022 in Oklahoma City, Oklahoma. (Photo by Jared Wickerham)

The International Canoe Federation said during its 2022 Congress in Thailand recently that the canoe slalom competition for the 2028 Olympic Summer Games in Los Angeles could be moved out of the state and hinted that it would be relocated to the Riversport Rapids whitewater center in Oklahoma City, Oklahoma.

As first noted by The Sports Examiner, a committee report presented at the ICF congress mentioned concern with future scheduling and also reported “Los Angeles 2028 CSL venue to be secured currently working on an existing ‘offset venue’ option, Oklahoma.”

“There are only two slalom venues (in the United States) that can host elite competition and Riversport is one of those,” American Canoe Association Executive Director Beth Spilman said at the session, noting the other is in North Carolina. “What’s also unique is Riversport can also hold a sprint competition at the same venue, which is the only place that can do both of those events in the same locale. … We’ve been able to attract a lot of international events to Oklahoma City.”

The Riversport complex is well-known to the ICF as well. Riversport OKC hosted the 2021 International Canoe Federation Super Cup and when the ICF needed a last-minute replacement host for the 2022 Canoe Sprint Super Cup and the 2022 ICF Stand Up Paddling World Cup to relocate the event out of Russia, the Oklahoma venue hosted on short notice. Riversport will also host the 2026 ICF Canoe Slalom World Championships.

“If you had thought of one of the premier venues for canoe and kayak, would you have thought of Oklahoma City?” Riversport Executive Director Mike Knopp said during the session at TEAMS. “People generally around the world don’t associate Oklahoma with water. … We’re in the culture-building business here. We want to help develop an outdoor culture in Oklahoma City. We’re building the spark for that.”

“There’s no other environment like this for our sport in the country,” said Reilly Dampeer of the Oklahoma City National High Performance Center. “This place outside of the college system is by far the best environment to train for the next level for our athletes. With the resources we have for athletes to the strength and conditioning coach to sports psychologist, it’s just about the environment for the athletes that is really unique.”

The Games Agreement with the city of Los Angeles says LA28 organizers are required to obtain city approval to move a sport out of the city proper. LA28’s original plan for the canoe slalom event was a temporary course in the Sepulveda Basin Recreation Area, where equestrian and shooting are also scheduled to take place. The site for canoe sprint races was originally scheduled to be at Lake Perris in Riverside County but already has been relocated to the Long Beach Marine Stadium, used for the 1932 Olympic Games. The stadium will also host rowing events on a shortened 1,500-meter course.

“We are exploring options to optimize our venue plan,” a Los Angeles 2028 spokesperson told InsideTheGames this week.